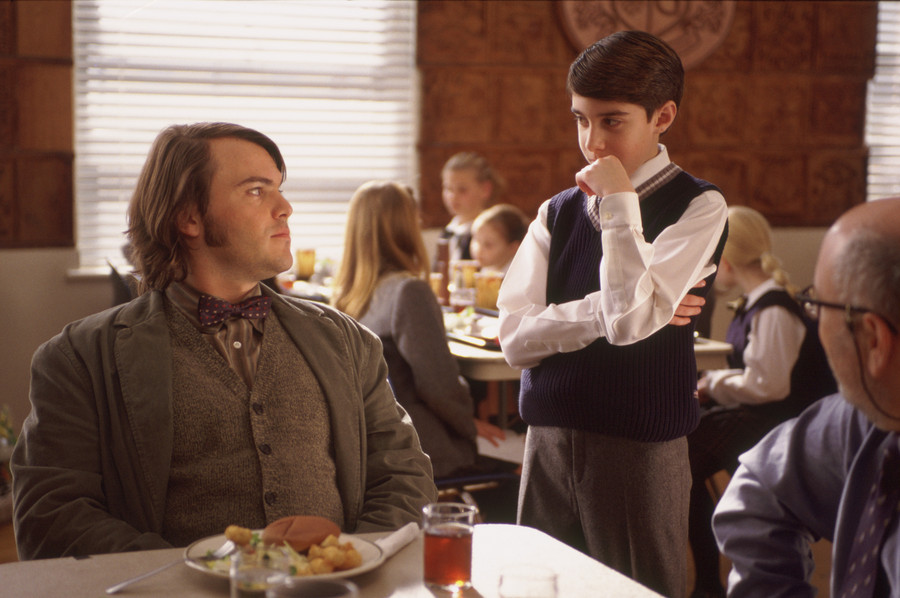 There’s nothing like the power of song to stir up big emotions — no matter how old you are. Whether your kid is a musical prodigy or just starting to get into music, these family-friendly films and documentaries from HBO Max are sure to unite the whole family on movie night.

The Music in Me: A Family Special

Lauded as “cheerfully hopeful and downright awe-inspiring” by The New York Times, this 2006 Peabody Award Winner, directed by Amy Schatz, features an array of kids from around the United States who all have one thing in common: their passion and talent for music. Hailing from all over the country, these young people play the fiddle, tin whistle, jazz piano, and more, each with their own musical and cultural traditions. Prepare to be amazed and inspired, and be sure to check out “The Music in Me: Children’s Recitals” as well.

Regardless of whether or not your kids have seen “Glee,” they won’t be able to resist the original cast’s incredible singing and dancing through this feel-good musical documentary, which follows the team of teen performers (in character) on a live summer tour. Made up of interviews, testimonials, and unforgettable concert footage, fans will soon be singing along to the likes of Lea Michele, Amber Riley, Heather Morris, and the rest of the gang.

Voiced by Elijah Wood, Brad Pitt, Sofía Vergara and other huge Hollywood names, this sequel to the immensely popular “Happy Feet” follows tap-dancing Mumble through a series of adventures as he searches for his runaway son Erik and tries to save their penguin community. All amid song, dance, and lots of laughs, of course!

This musical fable bewitched a generation of young movie-goers, and now your kids can love it, too. Featuring the voices of Meg Ryan, John Cusack, Hank Azaria and Christopher Lloyd, the tale of the lost princess Anastasia comes to life through the animated streets of Paris and St. Petersburg. Before long, your kids will join you in singing along to favorites like “Once Upon a December” and “Journey to the Past.”

Josie and the Pussycats

"August Rush," tells the tale of a musically-gifted orphan (Freddie Highmore) who runs away to New York City in search of his long lost parents (Keri Russel and Jonathan Rhys Meyers). As his adventure begins, he meets a Central Park dweller known as the Wizard (Robin Williams) who discovers his talents — and may or may not have the best intentions. This heart-warming story is one that stays with you; be sure to keep some tissues handy!

In another sweet film about a talented young guitarist, a little boy finds a ukulele and magically writes a song with the power to change the world. A passion project and debut for writer and director Cameron Nugent, “A Boy Called Sailboat” features stunning cinematography, a stellar script, and supporting roles from J.K. Simmons and Jake Busey.

This PG-rated remake of the 1980 classic teen musical drama takes place at New York City’s High School of Performing Arts, the real-life alumni of which include Al Pacino, Ellen Barkin, and many other famous names. The typical high school experience gets the star treatment as the kids strive to achieve their dreams amid the dark underbelly of chasing fame.

This family-friendly documentary follows five autistic children and their families, who are participating in a musical theater program run by Elaine Hall. Hall, herself a mother of an autistic child, leads the kids as they take on the Miracle Project, squashing expectations by creating their own original musical from scratch. This year, HBO catches up with the same kids, now adults, 14 years later in “Autism: The Sequel.”

This list wouldn’t be complete without a mention of Richard Linklater’s hilarious, family-friendly hit “School of Rock.” Jack Black stars as a slacker musician who lies his way into a substitute teaching job, only to find his students to be an amazingly talented group of musicians. When you’re not singing along, this movie will have parents and kids alike in stitches.

Check out everything HBO Max Kids & Family has to offer for children — and parents! — of all ages.