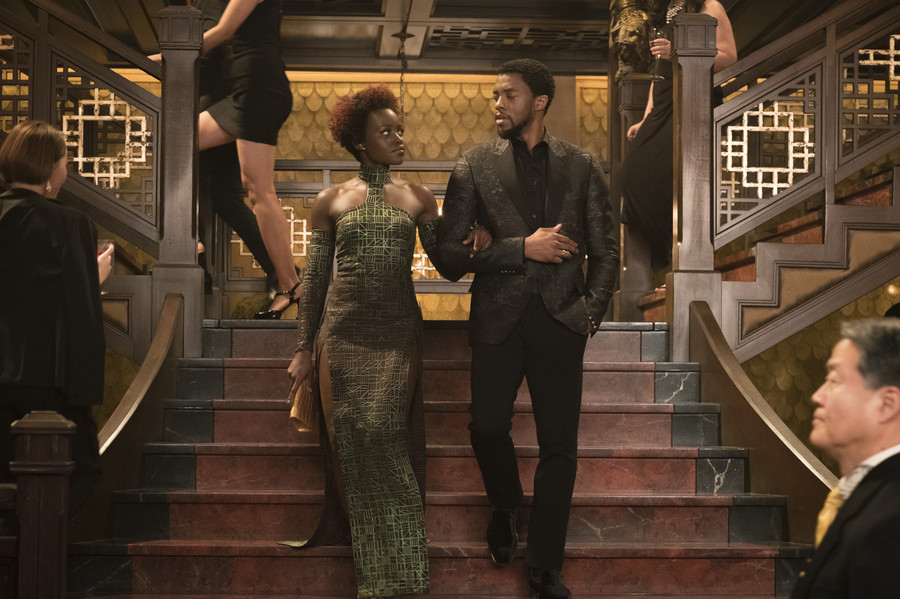 With Father’s Day fast approaching, there are many films that showcase the father-son dynamic. From heartbreaking dramas to outrageous comedies to more complicated and zany father-son tandems on the big screen —  here are 10 films you should check out.

Arguably the most complicated father-son relationship on screen, “The Godfather” features Marlon Brando as Don Corleone, the head of a crime family who has three very different relationships with his sons: Sonny, Fredo, and Michael.

Played by Al Pacino, Michael is the youngest of the three and is the most reluctant to join the family business. The film traces his journey to becoming a spitting image of his own father with plenty of twists and turns along the way.

"Star Wars: The Empire Strikes Back"

There is perhaps no movie quote more iconic than “Luke, I am your father.” One of the biggest plot twists in film history, “The Empire Strikes Back” is not only considered by many to be the best Star Wars film but it is also known for laying the groundwork to understand the complicated father-son relationship at the center of Mark Hamill's journey as Luke Skywalker. It’s also a perfect excuse to spend Father’s Day revisiting the original Star Wars trilogy.

One of Marvel’s best releases in the past decade, this film isn’t just a deep dive into the wondrous world of Wakanda, it is also an examination of how Chadwick Boseman's character, T'Challa / Black Panther, reckons with the passing of his father, King T’Chaka.

In order to move forward and become the new leader of his people, Black Panther must first remember the lessons passed down to him from his father. Their relationship is the central storyline driving this superhero epic.

The central father and son are separated for most of “Finding Nemo,” but the time spent apart allows for a stronger father-son relationship to develop between Marlin and Nemo, voiced by Albert Brooks and Alexander Gould.

Marlin learns how to trust his son, while Nemo realizes the sacrifices his father is willing to make for him. The Pixar film perfectly showcases universal lessons about a father-son dynamic from the animated world that are applicable to real life.

Disney’s “The Lion King” is not only universally beloved for its catchy tunes, including “Circle of Life,” “I Just Can’t Wait to Be King” and “Hakuna Matata,” but it is also an iconic animated film for the father-son relationship between Simba and Mufasa, voiced by Matthew Broderick and James Earl Jones.

Who can forget the pride of father Mufasa when Rafiki holds his son, Simba, up on Pride Rock or Simba’s path to accepting his royal identity after his father’s tragic death. It is one of the most heartwarming father-son tales in cinema.

Wes Anderson’s films examine family dynamics through a different lens, and “The Royal Tenenbaums” is no different. Gene Hackman plays the eccentric father of the Tenenbaum family, who leaves his kids during their teens only to return later on in their lives.

The film is about a father reconciling with his family, including sons Chas and Richie played by Ben Stiller and Luke Wilson. The plot gives us many iconic comedic scenes, but, at the center of it, it's a look at how father-son relationships define a family.

One of Adam Sandler’s most underrated performances, “Big Daddy” is a comedy film centered around Sandler’s character Sonny, who decides to grow up by adopting a five-year-old boy named Julian.

Julian, who has been abandoned by his family, and Sonny are not technically father and son from a biological standpoint, but the film shows that father figures can come in many different forms. It’s also about the journey of one man discovering what it means to grow up in this world.

"Catch Me If You Can"

Father figures come in many forms, as we learn in “Catch Me If You Can,” a movie based on a true story. This crime thriller stars Leonardo DiCaprio as Frank Abagnale, a con-man who successfully earned millions through check fraud while posing as an airplane pilot.

The film focuses on two father-son dynamics: the first between Abagnale and his actual father played by Christopher Walken, and the second, a father-son like relationship between DiCaprio and Carl Hanratty, the FBI agent played by Tom Hanks, who spends the movie trying to track Abagnale down but eventually becomes sympathetic to his cause.

An all-time classic sports film, “Field of Dreams” is about Ray Kinsella's (Kevin Costner) pursuit of building a baseball field and also about how a son tries to reconcile his broken relationship with his late father. Kinsella is driven not just by his passion for the game, but also by what he never had growing up with his father.

"The Pursuit of Happyness"

“The Pursuit of Happyness” tells the real-life story of Chris Gardner (Will Smith), a homeless salesman who sacrifices everything in his life in order to provide a better life for his son Chris Jr., played by an eight-year-old Jaden Smith.

It is not only a tale of how far hard work and determination will take you, but it's also about a father’s unwavering love and devotion to his son and the lengths a father will go to in order to provide a better life for his family.

With a wide array of films from blockbusters to kid-friendly films to tearjerkers, there's plenty of options on this Father's Day to sit back and find a film that you can watch and reminisce on some favorite cinematic moments in your living room.