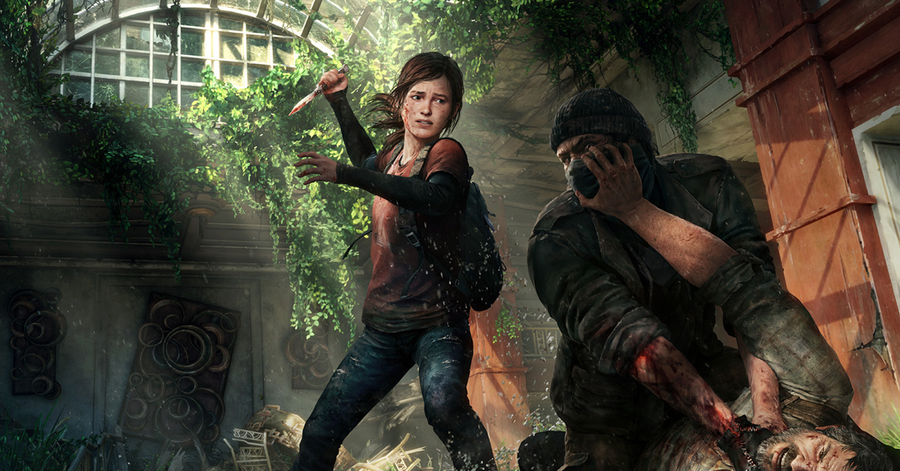 10 Games Worth Playing After Watching ‘A Quiet Place’

Combining supernatural/alien horror with some taut suspense, A Quiet Place was one of our favorite movies of 2018. It’s creepy and tense, but it’s also got a great family dynamic at its core. Those combined elements, along with some top-notch acting from John Krasinski, Emily Blunt, Millicent Simmonds, and Noah Jupe delivered an experience that felt as honest and real as it was terrifying. The film was, at its core, a glimpse into its thematic messages, characterization, and white-knuckle moments.

If you’re looking for more ways to enjoy what A Quiet Place had to offer, there are a number of video games that hit upon elements of that film in dynamic, new ways. From post-apocalyptic survival simulations to straight horror to somber, thoughtful experiences, here are 10 games you should play after watching A Quiet Place.

Taking place 20 years after a global epidemic known as the "cordyceps" virus ravages the population, The Last of Us tells the story of Joel, an aging smuggler in what remains of Boston, and Ellie, the teen girl Joel is saddled with escorting to Colorado on a special mission that may save humanity. The duo must survive the elements, as well as "the Clickers", a dangerous new threat. (These creatures used to be human, but they were infected with the cordyceps virus, turning them into blind killing machines.) Trying to stay alive against Clickers and human threat alike drives The Last of Us from start to finish, but it’s the family dynamic in Naughty Dog’s post-apocalyptic masterpiece that is the true attraction.

Undead Labs’ State of Decay 2 is more of a straightforward zombie game, with a strong focus on building community and thriving in a harsh zombie landscape. Players embody of a number of different characters, each of whom comes with distinct skills to level up. It’s a fascinating bit of management to include, as these abilities directly correlate to the type of leader a given character can become. As you scavenge through one of the four different locales, you’ll rummage for supplies, food, and shelter if you hope to make it long in this world.

It’s rare for games to feature characters with disabilities, and rarer still for an entire game to make use of blindness. Perception does just that by putting players in the role of a young blind woman named Cassie, who uses echolocation to explore the mysteries of a haunted homestead. Though the use of echolocation is a tad exaggerated and makes Cassie seem like Marvel’s Daredevil, the gameplay works in making for a convincing and unique experience. It’s not terribly frightening, but the story is interesting and can be completed in just a few sittings, too.

After crash-landing in the wild, snowy isolation of the Canadian wilderness, players must use every ounce of their willpower to stay alive after a global geomagnetic storm wreaks havoc on the planet. The Long Dark is a serious survival simulation that challenges even the most experienced players. In addition to scavenging resources like food and water, those stranded must battle the elements as The Long Dark forces you to manage a litany of stats like warmth, caloric intake, and fatigue. Oh, and there’s also the deadly wildlife to worry about. Originally a sandbox-style experience, there’s also an episodic narrative to choose if setting personal bests becomes monotonous.

Virtual reality (VR) games are still in infancy, but already the niche genre is delivering some true stunners like Moss – where you play an omniscient guide for an adorable, adventuring mouse named Quill. As Quill roams through her forested fantasy realm, you’ll encounter a number of puzzles and environments catered specifically for a VR headset. Peeking in and around the wonderful architecture and lush landscapes is part of the appeal, but it’s the friendship you craft with the ASL-speaking Quill that will keep you coming back. Future stories in the world of Moss are planned, and this first entry is highly enjoyable.

Few games do post-apocalyptic explorations of humanity as well as Telltale’s The Walking Dead. Since 2012, Telltale has built upon the narrative following Clementine from youth to adulthood, through suffering and survival. Set in the comic book universe, this adventure series has always delivered deep narratives with harsh looks at humanity on the brink of extinction. The connective “choice” system, where decisions you make have repercussions later, continues to be one of the most agonizing and engrossing elements of Telltale’s library. It's also playable just about everywhere – which means you can enjoy all the tension, no matter where you go.

Like The Long Dark, The Forest is a survival simulation situated after a plane crash in the Canadian wilderness. However, The Forest adds a bit more of a supernatural aspect, engaging cannibalistic threats when the sun sets. You’ve got limited time to craft weapons, scavenge food, and build shelter before the dangers of night fall upon you. The Forest features a cooperative multiplayer aspect too, meaning that you and friends can band together – and, subsequently, increase your chances of survival.

A more subdued first-person experience, Gone Home doesn’t feature any supernatural threats, and focuses instead on ghosts of personal past. Played through the perspective of a daughter returned home after a lengthy absence, Gone Home relies on players exploring the full range of narrative elements like pictures and diaries throughout the her home instead of jump scares and evil villains. The game is just as somber and unforgettable as any other on this list, and the family's mysteries keep you rapt. Many games have tried to capture what made Gone Home so special, but the essence of this game’s has never been captured so eloquently elsewhere.

Set between the first two films in the franchise, Alien: Isolation follows Ellen Ripley’s daughter Amanda as she tries to learn the truth about what happened to her mother and the crew of the Nostromo. Amanda arrives on the Sevastopol space station just as a xenomorph outbreak occurs. Rather than focusing on action (like most Alien games), Isolation takes a page from the original Ridley Scott classic and hones in on stealth horror. Players will spend more time hiding from the deadly xenomorph than confronting it head-on... but even if you hate scary games, the environments and soundtrack are worth the experience.

In the vein of iconic horror games like Silent Hill 2 and Clock Tower, Remothered: Tormented Fathers is an experience that will have you playing through your fingers on the edge of your seat. Embodying a woman named Rosemary, players must investigate the home of a wealthy recluse named Richard Felton to uncover the truth about what happened to his daughter. Full of puzzles, heart-racing chase sequences, and eerie environments, Remothered is a true throwback. Though it is the first entry in a planned trilogy, Remothered: Tormented Fathers stands on its own, warrants not being playing with the lights down.