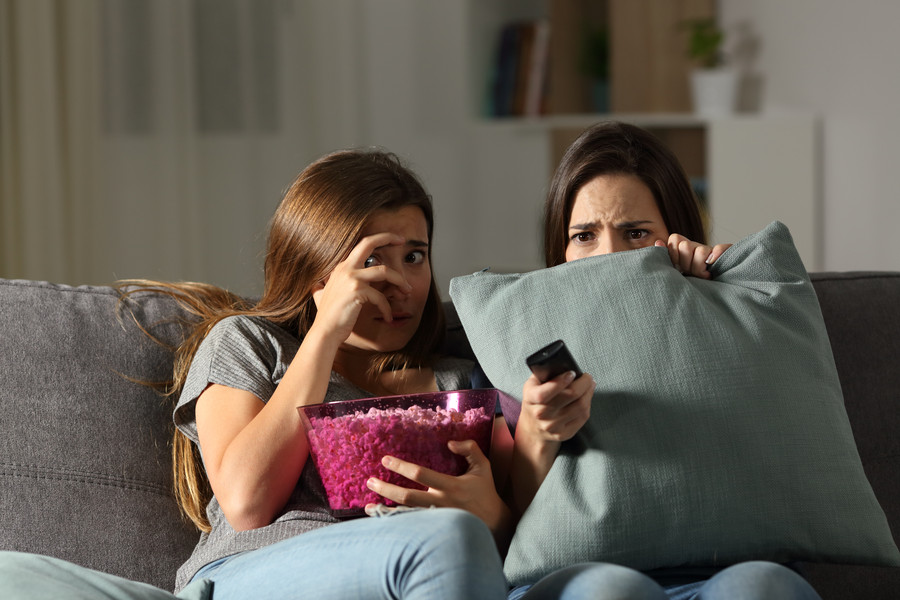 10 Movies Guaranteed to Creep You Out This Halloween

In the mood for nightmares this Halloween, or at least a few good scares? These thrillers and horror movies may not all deal with the supernatural, but they’re certainly all supremely creepy in their own terrifying ways. And if these 10 picks don’t keep you up at night, just stream more great stuff on HBO Max.

Ewan McGregor stars as a grown-up Danny Torrance in this 2020 sequel to “The Shining” — which featured Shelley Duvall and an unforgettably terrifying Jack Nicholson. Based on the books by master of horror Stephen King, the new installation sees the adult Dan still struggling with his psychic abilities and childhood trauma while trying to protect a little girl with similar powers (Kyliegh Curran in an impressive debut) from a literal life-sucking cult.

“Joker” made DC Comics history with 11 Academy Awards nominations and two wins: one for Best Original Score and another for Best Actor, for an incredible performance by Joaquin Phoenix. The first and only R-rated film to ever gross over $1 billion at the box office, the movie shows why and how the notorious “Batman” villain came to be with an origin story that presents a chilling mix of trauma after trauma, debilitating mental illness and a tendency toward violence. Frances Conroy co-stars as the troubled man’s mother.

Directed by fashion designer-turned-filmmaker Tom Ford, this unsettling story within a story tells the tale of a gallery owner who, upon reading her ex-husband’s new novel, discovers eerie overlaps with what happened in their real-life relationship. The all-star cast features Amy Adams, Jake Gyllenhaal, Michael Shannon, Laura Linney, Isla Fisher, and Aaron Taylor-Johnson, who won a Golden Globe for his supporting performance as a sadistic criminal.

In her breakout role, Jennifer Lawrence stunned audiences (and received an Oscar nom) as a Ree Dolly, a teen girl living in the Ozark Mountains of Missouri, who is responsible for caring for her family and searching for her on-the-run meth-dealing father. The catch? They lose their house if she can’t find him, and he’s gone missing somewhere deep. But “for all the horror, it’s the drive toward life, not the decay, that lingers in the mind,” wrote New York Magazine in its rave review. “As a modern heroine, Ree Dolly has no peer, and Winter’s Bone is the year’s most stirring film.”

This movie jumps way ahead of creepy into deeply disturbing territory, especially since there’s nothing supernatural about it. “Requiem for a Dream” follows the desperate and delusional realities of three heroin addicts played by Jennifer Connelly, Marlon Wayans, and Jared Leto, along with Leto’s pill-popping mother (Ellen Burstyn of “The Exorcist”). Director Darren Aronofsky (“The Fountain,” “Pi”) pushes his characters and actors to the limit in this terrifying portrait of drug abuse.

Set in the late 1950s, “The Talented Mr. Ripley” stars Matt Damon in a case of mistaken and stolen identity that turns murderous. The story takes off when Ripley meets Dickie and Marge — played by Jude Law and Gwyneth Paltrow — and becomes dangerously obsessed with the rich and handsome young man. The wondrous Cate Blanchett and Philip Seymour Hoffman shine in supporting roles.

There’s nothing creepier than a sociopathic child, and who better to cast in the leading role than 90's mainstay Macaulay Culkin. Written by novelist Ian McEwan, this 1993 psychological thriller co-stars Elijah Wood as a young boy who’s just lost his mother and is sent to spend winter break with his aunt, uncle, and cousins — Culkin among them. When his cousin's disturbing behavior begins to emerge and violence follow, Wood must decide whether to tell the boy’s parents — and whether or not they’ll believe him.

William Hurt stars in this sci-fi horror film that centers on a scientist who, while experimenting with sensory deprivation and psychoactive drugs, begins to believe that altered states of consciousness could actually be their own parallel realities. As he pursues his hypothesis with help from a fellow researcher (played by Bob Balaban of “Recount” and “Show Me a Hero”), he starts to undergo all sorts of terrifying and unimaginable changes that may or may not end up being reversible.

Directed by David Cronenberg, this psychological body horror film explores the darkest sides of divorce and motherhood. The story that follows a couple’s embittered custody battle over their 5-year old child as the mentally-ill ex-wife succumbs to experimental therapy sessions that end up influencing her physical body more than her mind -— and wreaks havoc on all who’ve done her wrong.

This list of creepy movies wouldn’t be complete without at least one talking dummy, and here he is. Anthony Hopkins plays a failed magician who starts to see success when he turns to ventriloquism. As his act gains popularity, he shies from the limelight and returns to his hometown. There, his struggles with mental illness begin to come to light when he reunites with an old friend and an old flame, who happen to be married now. As jealousy rises and the dummy takes over, no one is safe — least of all Hopkins himself.