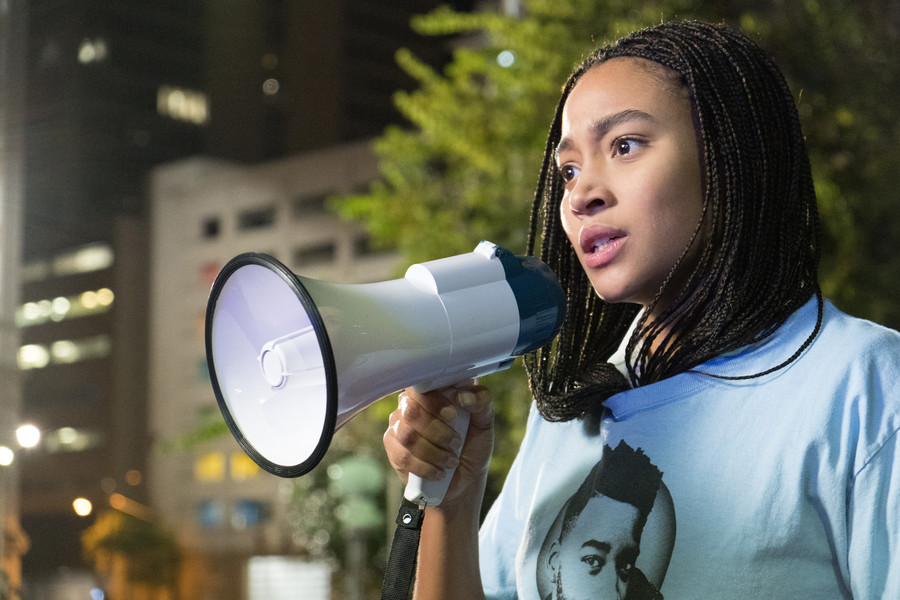 The Black experience in America is often overlooked in cinematic history. Prolific Black actors and actresses of the 20th century could only find roles as supporting characters or as interlopers in films featuring majority-white casts. However, we are currently in a golden age for storytelling that revolves around the lives of African-Americans. These cinematic Black experiences include triumphs over the oppression of Jim Crow America, horror stories, biopics, and Black love stories.

These 10 films include some of the most gripping stories that exemplify the lives of African-Americans from various eras to today and their relevance.

Set amid Chicago's community of young Black professionals and artists, "Love Jones" has a different vibe than other Black struggle love stories of the '70s, '80s, and early '90s. Larenz Tate and the iconic Nia Long star as two young, artistic types with college degrees, thriving in middle-class Chicago.

"Love Jones" kicked off a slate of aspirational Black romances such as "Brown Sugar" (2002), "The Best Man" (1999), and "Two Can Play That Game" (2001). What also differentiates "Love Jones" is that the narrative doesn't rely on jokes, quirkiness, or absurd premises like most of the aforementioned films, but instead carries itself with more earnestness.

The Hate U Give

Starr Carter (Amandla Stenberg) is a young Black woman stuck between two worlds, her predominantly Black neighborhood of Garden Heights and her predominantly white private school. While being driven home from a party one night, one of her best friends is fatally shot by a police officer during a traffic stop. The remainder of the film addresses the instructions Black parents give their children for dealing with law enforcement, the scourge of police brutality, community activism, and situational code-switching.

Set in Louisiana during the summer of 1962, “Eve's Bayou” is recounted through the perspective of pre-teen Eve Baptiste (Jurnee Smollet-Bell). The downward spiral begins when Eve witnesses her father (Samuel L. Jackson) having an affair with a married family friend. From there, through a series of life-changing events Eve witnesses — and some she sets in motion — her relationship with her father unravels, leading to the demise of her idyllic family. However, her narration is complicated by several characters’ unreliable stories that indicate the unreliability of memories, and her family’s belief in Southern mysticism that permeates the film.

Spike Lee’s affinity for streetball and hoops shines in this drama about a high school basketball star named Jesus Shuttlesworth. However, this isn't your typical basketball movie: The tension between Shuttlesworth, who is played by NBA star Ray Allen, and his incarcerated father, Jake (Denzel Washington) is the heart and soul of this classic look at the exploitation of amateur athletes. As the No. 1 recruit in the nation, Shuttlesworth is targeted by NBA agents and college basketball programs across the nation. Even the governor is in on it as he hinges relaxing Jake’s sentence in exchange for getting Jesus to commit to Big State.

Ray Charles was one of the most influential soul singers of the second half of the 20th century. "Ray" recounts his upbringing as a poor, blind kid in 1930s Albany, Georgia to his recognition as a musical savant with the rich voice who would become a 17-time Grammy winner. Considered one of the greatest musical performers of the 20th century, Ray Charles’ perseverance epitomized Black excellence, and his music crossed racial barriers and chart genres. Inevitably, Charles’ magic touch continued posthumously, with Jamie Foxx’s performance earning him the Oscar for Best Actor.

In this HBO re-telling of blues singer Bessie Smith's (Queen Latifah) life and career, one of the Jazz Age's most prominent Black female recording artists gets her flowers nearly a century after her death. HBO’s original film details Smith's rise as one of the most popular entertainers of her era, all while battling inner demons and a world hostile to her talent.

Smith’s resilience throughout the 1920s is highlighted in “Bessie”: She perseveres through attacks by the KKK; a series of misfortunes that include a bout with alcoholism; losing her fortune during the Great Depression; hiding her bisexuality; and enduring racism in high society. “Bessie” is an overdue portrait of one of the forgotten Black female performers of the early 20th century.

To follow the late Chadwick Boseman’s career is to ingest a large portion of Black history. After years playing dignified, mild-mannered characters, Boseman's performance as the eccentric James Brown takes him a little out of his comfort zone. The Godfather of Soul’s personal life was messy and chaotic and in “Get On Up”, it’s told in a nonlinear format that breezes through Brown's rise with The Famous Flames to his glory years as the master of funk music.

The emphasis of “Get On Up” vacillates between the hardest working man in show business' professional persona, his musical genius, his numerous imperfections, the tragedies he endured, and the trail of personal relationships he torched along the way to superstardom.

The most revered Black woman memorialized from Antebellum America needs no introduction. “Harriet” is a biopic that fleshed out the legendary abolitionist figure’s story from her escape to her brave exploits on the Underground Railroad. The filmmakers behind the first feature film about Harriet Tubman strip her narrative free of the apocryphal layer that’s been applied to it over the years to tell the compelling story of her life. As a production, the performances are noteworthy as well, especially by Cynthia Erivo’s Academy Award-nominated portrayal of Tubman.

This “House Party” has no relation to the social distancing-era happy hour app, but Kid ‘n Play’s (Christopher Reid and Christopher Martin) left an equally large imprint on the zeitgeist. The entire decade of coming-of-age teen movies before it — "Fast Times at Ridgemont High," "Ferris Bueller's Day Off" and "Sixteen Candles," among others — were almost entirely devoid of minorities. The cultural differences from John Hughes-era teen movies are conspicuous, but the crux of the plot is the same: “House Party” is about two teens who will do anything it takes to throw the party of the year, thwart their parents and stay out of trouble while doing it.

The first full-length feature by Reginald Hudlin, director of “Boomerang,” and “The Great White Hype” was one of the mainstream’s introductory forays into carefree Black teen culture and '90s fashion sensibilities. In the process, Kid ’n Play became hip hop's first movie stars and their iconic dance (see below) was ingrained in pop culture forever.

Initially, “Life” starts out as a Prohibition-era road buddy comedy starring Martin Lawrence and Eddie Murphy as Ray and Claude, who are forced to deliver bootleg hooch from Mississippi to New York. Once down there, the odd couple is framed for the murder of a local hustler by a racist sheriff, sentenced to life in prison by an all-white jury, and sent to an all-Black Mississippi prison camp. The quirky comedy gets even more poignant as their appeals are routinely shot down as the world changes around them.