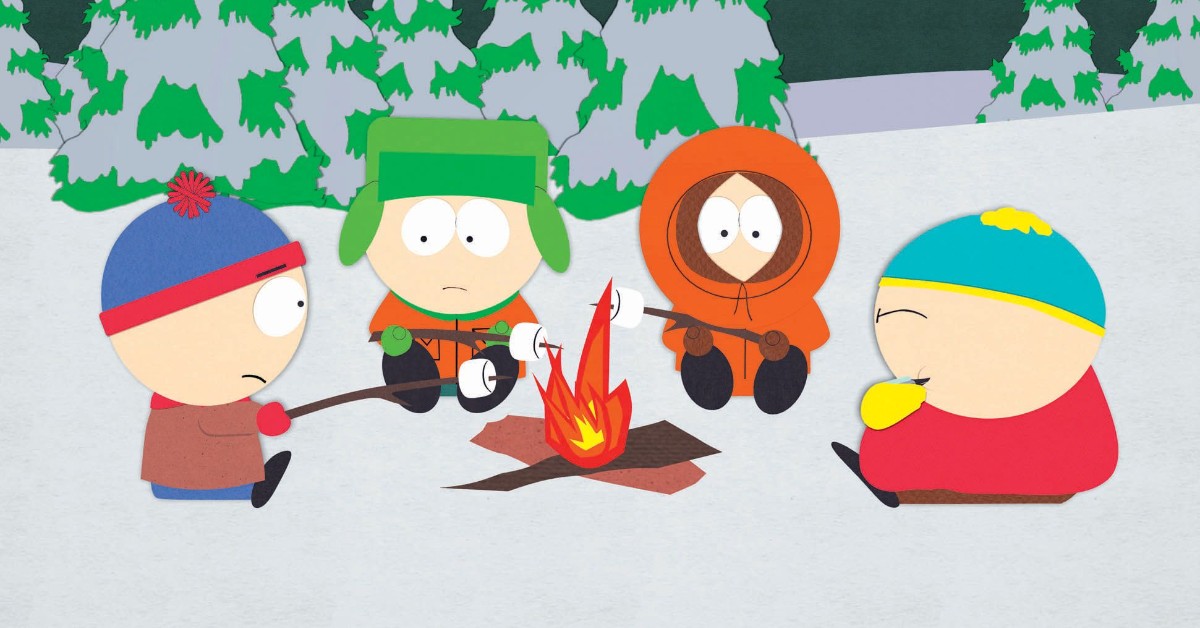 When "South Park" premiered in 1997, a lot of people dismissed it as a sophomoric series full of fart jokes. Entertainment Weekly's Bruce Fretts wrote in his review of the first season, "If only the kids’ jokes were as fresh as their mouths. Sure, it was hilarious when the 'Bad News Bears' cursed like sailors, but that was two decades ago. Equally out-of-date are this show’s stabs at satire: A gun nut stares into a mirror and asks 'You talkin’ to me?' in the umpteen-millionth parody of 'Taxi Driver.' What’s next — a timely send-up of 'Smokey and the Bandit?'"

However, after 23 seasons, over 300 episodes and a full-length feature film musical, "South Park" has actually proven to be quite biting and sometimes even brilliant in its send-up of current issues. The show's 23-seasons-and-counting are available now on HBO Max, so if you want to revisit Trey Parker and Matt Stone's most pointed commentary, here are the episodes to look for.

In addition to "South Park," Parker and Stone are the creators of hit Broadway musical "The Book of Mormon", alongside Robert Lopez. The beginnings of that project can be seen throughout this season 7 commentary about religious tolerance and the uber-polite, good-natured Mormon religion. Plus, there's an on-going musical production about Joseph Smith's founding of Mormonism that is super funny.

This season 9 episode won "South Park" an Emmy for its portrayal of the media circus which surrounded Terri Schiavo's right-to-die case. The episode substituted Kenny for Schiavo, with the boys arguing about whether or not to take him off life support.

It can be quite easy to make fun of people who play massively multiplayer online role-playing games (MMORPGs) like "World of Warcraft", but "South Park" managed to elevate the usual "mom's basement" jokes with "Make Love, Not Warcraft", and earn the show another Emmy in the process. Parker and Stone actually collaborated with WoW's creator, Blizzard Entertainment, to make gaming scenes shown in the episode.

Satirizing inappropriate teacher-student relationships is a tricky needle to thread, but "South Park" did it well, particularly in skewering the idea that people aren't as outraged if the teacher is an attractive woman and the student is male. This episode also did a great send-up of "Dog the Bounty Hunter."

This episode targets both the backlash over legalizing marijuana and restrictions of fast-food restaurants when South Park's KFC restaurant is turned into a marijuana dispensary. A side plot is that a bunch of the men in town give themselves testicular cancer in order to get a medical marijuana card.

This Facebook-skewering episode came out 10 years ago and is still incredibly relevant today. In it, Stan is forced to join Facebook, hates it, and tries to delete his account, only to become sucked into a virtual Facebook world where he meets his online persona, which is a monstrous version of himself.

This episode goes after everything from stand-your-ground laws, to the unlawful killing of Black citizens, to white guilt and subsequent ineffectual trying to help. It is a shocking episode in its brutality at times, even for "South Park", but that is also what makes the satire surrounding the George Zimmerman case so biting.

"World of Warcraft" got the "South Park" treatment in Season 10; in Season 17, the show set its sights on "Game of Thrones." This trilogy of episodes, titled "Black Friday," "A Song of Ass and Fire," and "Titties and Dragons," centers around the boys' role-playing in a "Game of Thrones"-esque game while anticipating how best to capitalize on Black Friday sales.

This episode takes a hard look at police brutality and the ensuing protests...and it came out in 2015. While it definitely tackles systemic racism within communities, it also satirizes those who want to be progressive and compassionate only when it suits them, as the South Park residents disavow the police one minute, the next they want the police to corral the homeless population into the shabbiest part of town.

"South Park"'s milestone 300th episode lampoons the anti-vaccine movement when Cartman refuses to get a vaccine required by the school because he's scared of needles. His public argument, however, is that he's a conscientious objector over the fear that vaccines will make him "artistic". Oh, Cartman.