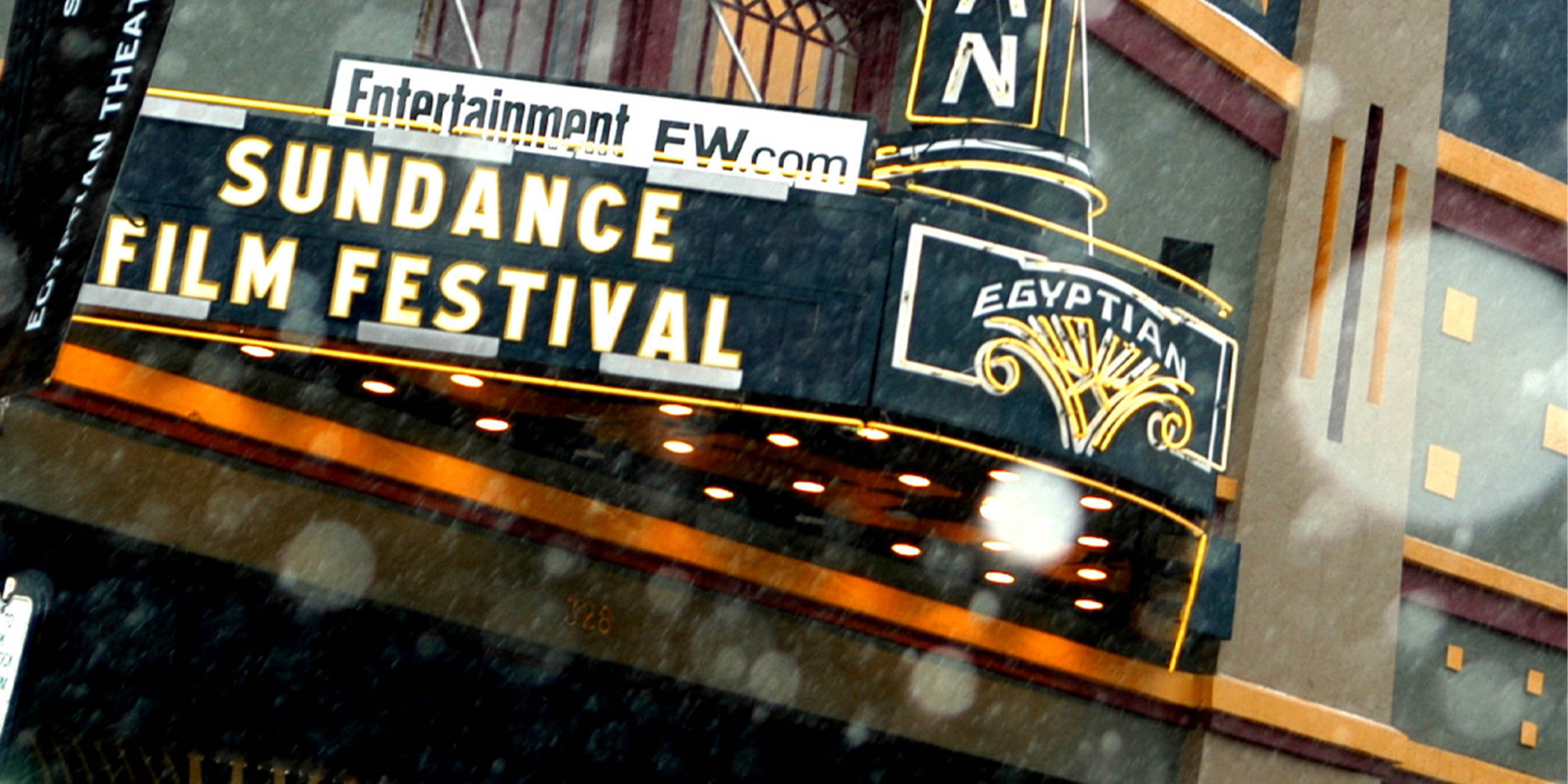 17 Buzziest Movies at Sundance, from Taylor Swift to Gloria Steinem

Sundance Film Festival isn't just a market for independent movies and a place to discover new talent — it's also a barometer of current moods.

In 2020, an election year, it's not always easy to separate politics from art — and maybe it shouldn't be, not at Sundance. Hillary Clinton will visit Park City to premiere "Hillary," a four-hour Hulu docu-series with unparalleled access to the first woman to capture a major political party's nomination for president of the United States. This year's lineup of more than 100 movies also features a Gloria Steinem biopic, non-fiction films about the ACLU and March for Our Lives and a horror movie about a killer black weave that doubles as an allegory about racial inequality.

As buyers and movie fans gather in the snow for another edition of Sundance Jan. 23 to Feb. 2, here are Variety's picks for the 17 buzziest movies that could be soon playing soon in a theater (or a streaming service) near you.

Writer-director Justin Simien's delightful "Dear White People" — starring Tessa Thompson — premiered at Sundance in 2014, and predicted (and satirized) many conversations about campus life, intersectional politics, and race. (It also evolved into a Netflix show.) Simien is back with "Bad Hair," a horror satire taking place in 1989, set in the world of music television. " An ambitious young woman gets a weave," reads the logline, but "her new hair may have a mind of its own." — Kate Aurthur

As an investigative expose into rape allegations against hip-hop mogul Russell Simmons, "On the Record" was always destined to be one of the most talked-about documentaries at Sundance this year. But when earlier this month executive producer Oprah Winfrey dropped out of the project after pressure from Simmons, taking along with her the film's distribution deal with Apple TV Plus, it drew attention more for the chaos surrounding it than for its merits. That should end as soon as the doc — by veteran filmmakers Kirby Dick and Amy Ziering — begins to screen. "On the Record" focuses in particular on Drew Dixon, a music executive who was among the first women to accuse Simmons publicly. — K.A.

It's the damn Taylor Swift documentary, people! And its premiere opens this year's festival. Directed by Lana Wilson, whose appeared at Sundance with "After Tiller," a wrenching documentary about doctors who perform late-term abortions, "Miss Americana" promises revelations about Swift's politicization, her family, and yes, how Kanye West has affected her life. — K.A.

"The Last Thing He Wanted"

Three years ago, Dee Rees came to Sundance with "Mudbound," a powerful drama set in a 1930s Mississippi town that sold to Netflix for $12.5 million, and earned three Oscar nominations (including one for Mary J. Blige, who became the first actor to receive an Academy Award nod for a Netflix release.) Now Rees is reteaming with the streaming goliath for "The Last Thing He Wanted," a political thriller based on a 1996 Joan Didion novel about a reporter (Anne Hathaway) on an unconventional assignment in Costa Rica. Although the story takes place in the 1980s, expect modern-day parallels to Trump's White House — with a pinch of "Michael Clayton."— Ramin Setoodeh

Based on true events, Michael Keaton plays D.C. lawyer Kenneth Feinberg, who is put in charge of the Sept. 11 Victim Compensation Fund. He, to quote the logline, "fights off the cynicism, bureaucracy, and politics associated with administering government funds and, in doing so, discovers what life is worth." One of the hot sales titles of Sundance, "Worth" might catapult Keaton (and the film itself) into next fall's awards race. — K.A.

The latest from Brenda Chapman — who directed "The Prince of Egypt," and wrote and directed "Brave" (causing her to famously tangle with Pixar's John Lasseter several years before his removal for misconduct) — is also the latest from Angelina Jolie. This project, classified under Sundance's "Kids" section, imagines a world before Alice (from "Alice in Wonderland") and Peter (Pan) are brother and sister. After their brother dies, they try to help their parents heal. — K.A.

From the writer-director of the creepy AF Sundance standout from 2011 "Martha Marcy May Marlene" comes "The Nest." In the viperous, greed-is-good 1980s, Rory (Jude Law) movies his family from the suburban U.S. to England, where they rent a mansion they can't afford. From the logline: "This moral poison enters his home, sending everyone down their own self-destructive paths." Carrie Coon co-stars as Rory's wife, Allison. For that reason alone, I say yes to "The Nest"! — K.A.

Gloria Steinem finally gets her own biopic with not one but two actresses (Julianne Moore and Alicia Vikander) portraying her during different periods of her life. Looking back at all the barriers that Steinem shattered certainly feels like a timely story now If the movie succeeds, expect for it to be one of the splashier sales out of Sundance. — R.S.

"Zola" — based on an October 2015 viral tweetstorm by a woman who told the story of a wild trip to Florida — has had a long road to the screen. Janicza Bravo took over directing duties from James Franco, whose company Rabbit Bandini had originally optioned the source material, with Franco attached to direct. There were other screenwriters along the way, but the final writing credit has gone to Bravo and Jeremy O. Harris ("Slave Play"). — K.A.

"The Fight" is by the directors most recently at Sundance with "Weiner," which sold to Showtime and probably would have been nominated for an Oscar if Anthony Weiner hadn't lost the 2016 election for Hillary Clinton. It follows four different court cases taken up by the ACLU during the Trump administration. "The Fight" details the ins and outs of the fight to maintain civil liberties as Trump tries to chip away at them, and profiles the stalwart lawyers behind the cases. You'll cheer and cry. Kerry Washington produced. ("The Fight" will sell easily.) — K.A.

Another documentary that deals with recent events in the news, "Us Kids" chronicles the aftermath of the 2018 Parkland, Fla., high school shooting that claimed 17 victims. Rather than offering the standard "thoughts and prayers," hundreds —  and soon, hundreds of thousands — of teenagers banded together to organize March for Our Lives, the massive protest to advocate for gun safety in the United States. — R.S.

Emerald Fennell, who wrote and directed "Promising Young Woman," was most recently seen in front of the camera — as Camilla Shand, the object of Prince Charles' doomed affections, on Season 3 of "The Crown." In Fennell's debut feature, Carey Mulligan plays a medical school dropout with a double life. Produced by Margot Robbie's company, LuckyChap Entertainment. — K.A.

This indie memoir, about a playwright who decides that her only path forward is reinventing herself as a hip-hop cabaret star, is poised to be one of the discoveries out of the festival. Blank, who plays the lead role in the film and has written for "Empire," was named as one of Variety's "10 Directors to Watch" in 2020. — R.S.

Elisabeth Moss plays Shirley Jackson, the visionary horror novelist. Jackson and her Bennington professor husband (Michael Stuhlbarg) take in a young couple embarking on a new life, who promise to help Shirley. But they find themselves becoming "fodder for a psycho-drama that inspires Shirley's next novel." — K.A.

Poised possibly to be another big sale, the feature debut of Max Barbakow stars the well-liked Andy Samberg and Cristin Milioti as wedding guests who hook up at a weekend wedding in and then can't get away from each other. Presumably, they stop wanting to. — K.A.

British stage director Dominic Cooke follows up his critically acclaimed 2017 film "On Chesil Beach" with "Ironbark," a real-life story about a UK businessman (Benedict Cumberbatch) who finds himself on a top-secret CIA mission that could end the Cuban Missile Crisis. — R.S.

The premise of this drama about a parent (Glenn Close) who tries to rescue her addict child (Mila Kunis) sounds like familiar art-house turf — see 2018's "Ben is Back" or "Beautiful Boy." Close, who reunites in "Four Good Days" with "Albert Nobbs" director Rodrigo Garcia, has been nominated for seven Oscars for acting, but she's yet to win. And Sundance has proven in recent years — with "Manchester by the Sea," "Brooklyn" and "Boyhood" — that it's never too early to launch a campaign for next year's Academy Awards. — R.S.

This article was written by Kate Aurthur from Variety and was legally licensed via the Tribune Content Agency through the NewsCred publisher network. Please direct all licensing questions to legal@newscred.com.