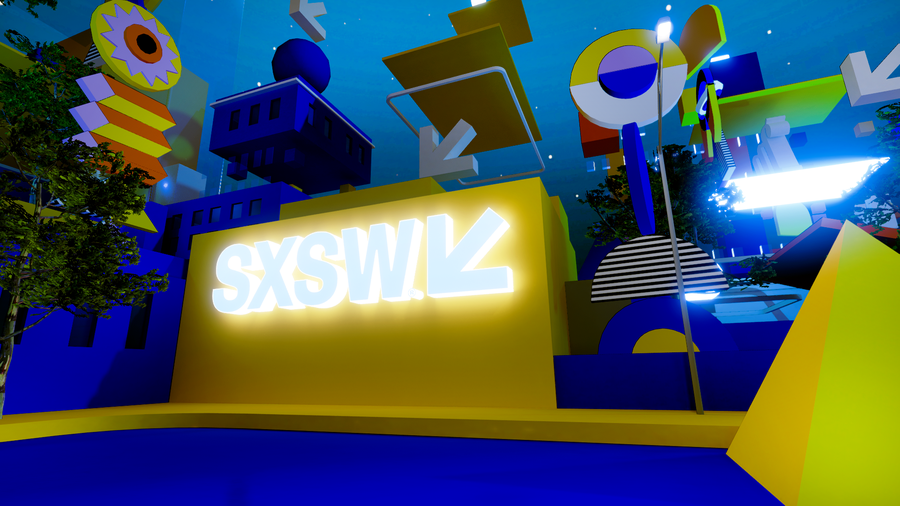 There’s nothing like the buzz of seeing a great film at a film festival. The mystery, the excitement, the shared experience. And though the Covid-19 pandemic continues to mean in-person festivals are a no-go, it also means festival films are being viewed by a more diverse audience than ever thanks to the internet.

The next big festival coming to a computer screen near you is South by Southwest, which was one of the first big events to be canceled by the coronavirus pandemic last year. This time it takes place March 16-20 in “Austin, Texas,” which, for now, means virtually, and it will include the premieres of tons of very intriguing-sounding sci-fi, fantasy, horror, and genre-adjacent films we are incredibly excited to see.

Here’s a list of the genre films io9 is looking forward to at South by Southwest 2021:

The Spine of Night. Image: SXSW

The Spine of Night — A star-studded voice cast (Richard E. Grant, Lucy Lawless, Patton Oswalt, Joe Manganiello) anchors an ultra-violent, animated epic following heroes from all walks of life who band together and save the world.

Woodlands Dark and Days Bewitched: A History of Folk Horror — The only thing better than actual folk horror is a documentary that takes fans through the entire history of the creepy, woodsy genre starting in the 1960s.

Executive Order — Blending intense social issues with a bit of sci-fi dystopia, a new world order forces all people of African descent to move back to the continent, which, as you can imagine, doesn’t go over well. It’s a Brazilian film and Alfred Enoch (Dean Thomas in Harry Potter) stars.

Broadcast Signal Intrusion — In this film set in the late 1990s, a man who works as a video archivist — not to be confused with Censor — begins to uncover some unsavory tales on old tapes and becomes obsessed with figuring out what happened. What that mystery is, or how weird it gets, we don’t know, but it’s in the “Midnight” section of the festival. Usually, that’s a pretty good indicator it gets messed up.

Jakob’s Wife — A woman who feels the monotony of her life weighing down on her meets someone called “The Master.” “The Master” imbues her with a new purpose that turns her previous life upside down. (The description we have is vague, but maybe this is a vampire movie or something like it?)

Paul Dood’s Deadly Lunch Break — Think American Idol meets a slasher horror comedy as a failed contestant on a talent show decides to get revenge on the people who wronged him on their lunch break.

The Feast — Set at a lavish dinner party in a massive mansion, the guests and the owners think they’re just going to have a good meal. What they don’t know is the server is not a good person and, well, this meal might be their last.

Gaia — A park ranger finds a man and his son living deep in the woods. They don’t seem to be part of regular society, though, and are protecting some kind of ancient secret that, if unleashed, will change that society as we know it forever.

Offseason — In something that sounds like a bit of Ready or Not, and maybe even The Hunt, a woman gets an intriguing letter about visiting a quiet island town. However, when she arrives, she realizes coming was probably a bad idea as she becomes “trapped in a nightmare.”

Sound of Violence — Okay this is a creepy one. During the murder of her family, a young deaf woman regains her hearing and gains some superhuman abilities. What’s the link? Well, maybe she’ll find out as she begins to murder people in order to hear their bodies and make music.

Witch Hunt — Witches are real. They live among us. Witchcraft, however, is illegal. No this isn’t the plot of WandaVision, it’s this new film in which a woman helps two actual witches escape the United States to get into Mexico.

Violet — Less straight sci-fi and more influenced by it, Violet stars Olivia Munn as a movie executive who can’t get that pesky voice of a dude (Justin Theroux) out of her head as she’s making films. Justine Bateman writes and directs.

Delia Derbyshire — the Myths and the Legendary Tapes — A documentary on the famous electronic music producer who came up with the Doctor Who theme way back in 1963 and whose influence has continued many decades later.

Sasquatch — SXSW isn’t just movie premieres. Often TV shows get a few episodes to shine there too, such as this brand new true-crime documentary (one we know a certain io9 staffer was made to watch). It’s about a man investigating a triple murder he believes was committed by Bigfoot. For real.

Alien on Stage — Remember a few years ago when a bunch of school kids put on a stage production of Alien? Well, this isn’t about that group of people, but it is about another group of people who did the same thing.

The Hunt for Planet B — Another documentary, this one about a group of women at NASA who are creating a brand-new telescope in the hopes of finding brand-new worlds.

Ninjababy — Six months into a pregnancy, a woman realizes she’s pregnant, and her world obviously changes. While not a straight-up genre film, word is the movie is filled with nerdy stuff (the title makes more sense knowing that) and the story has that kind of Juno, Ghost World, comic-book/graphic-novel feel to it.

For more on all these titles, including how and when to watch them, head to the official SXSW 2021 Film site.

This article was written by Germain Lussier from io9 and was legally licensed through the Industry Dive publisher network. Please direct all licensing questions to legal@industrydive.com.

Most of the classic films that run on TCM are ...