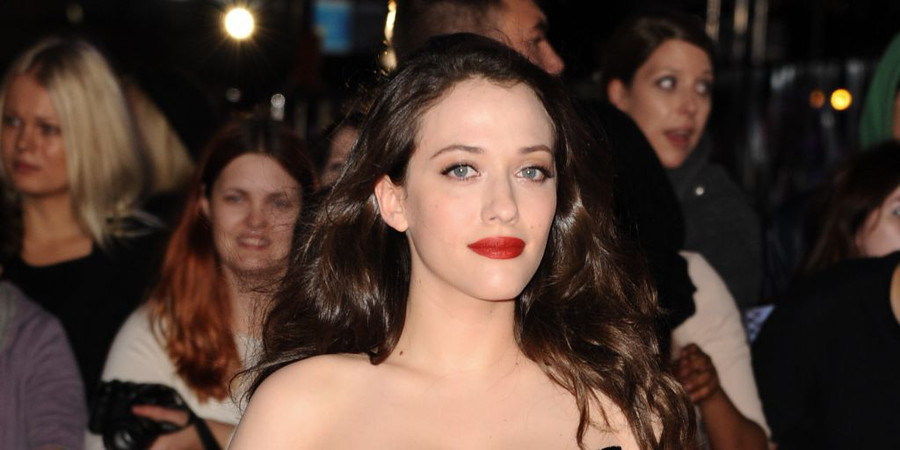 ‘2 Broke Girls’ Made Kat Dennings Famous. But She’s Ready for Her Next Act

Kat Dennings was living the dream of many an up-and-coming Hollywood actress. In the hit CBS sitcom "2 Broke Girls," Dennings starred as Max, a wisecracking waitress in a downscale Brooklyn diner, a character who showcased her offbeat charisma and sharp comic timing.

While Dennings was grateful, the journey had its share of ups and downs, mostly fueled by controversies over the show's raunchy humor and its depiction of minority characters. By the time "2 Broke Girls" concluded its six-season run in 2017, Dennings was ready for the ride to be over.

"By the end, I just wanted to burn that waitress uniform," she says. "Not that there's anything wrong with the show. I'm very proud of it. But going forward, I needed to do something that was the polar opposite. I would have played a reanimated corpse if I could."

Her new project, Hulu's "Dollface," finds her very much alive but not particularly well, portraying a character who's more heartbroken than broke. She plays Jules, a young woman devastated when her longtime boyfriend abruptly dumps her. Her remedy is to reconnect with the female friends she abandoned during the relationship. The result is relentlessly awkward and comedic.

The series, which premieres Nov. 22, is a departure from traditional romantic comedies, in which a suddenly single woman launches a desperate hunt for the next Mr. Right.

"We've seen breakups a million times in rom-coms, and the girl is always searching for another guy," says Dennings, dressed in an all-black ensemble with her hair in a high ponytail as she sits in a conference room at Hulu's Santa Monica headquarters. "Here, the breakup happens and the person sees that their friends are gone. So instead of her going for another romance, the rekindling is between the friends. I think it's kind of a fresh take."

"Dollface" also puts the actress in uncomfortably familiar personal territory: The title was inspired by a pet name an ex-beau called her. Like Jules, she hated the name.

"I've been through this thing where you're so in love that you forget yourself," Dennings says. "I'm guilty of being completely swept up and ignoring everything around me. It's no one's fault. I just feel like it happens to everyone to some extent. Maybe I'm a little more intense about it. I've been working on it. I'm 33 now, so I'm a little better at it."

Although Dennings is revisiting some painful touchstones in "Dollface," she is playful and upbeat as she discusses the series, celebrating a sense of freedom and dark-humored tone that are worlds away from the formulaic joke-fest of "2 Broke Girls." "Dollface" was developed by Oscar nominee Margot Robbie's production company LuckyChap Entertainment.

Says Dennings with a chuckle, "I've been Jules, and it's unpleasant. It kind of sucked to revisit it as an actress. It made me feel my progress and my lack of progress at the same time. Like, 'What painful thing can I revisit and exploit and make myself really miserable?'"

Executive producer and showrunner Ira Ungerleider says "Dollface" is an ideal vehicle to show off Dennings' range as an actress.

"Kat has this very no-nonsense persona, but inside of that, she's squishy, like the middle of a piece of candy," he says. "She's got very deep-seated emotions. Her performance comes from a very rough, emotional place."

More significantly, "Dollface" fulfills Dennings' desire to play the polar opposite of Max — a character closer to her own personality and sensibilities. Though the CBS series established her as a star, she was often uneasy with the furor that shadowed the series throughout its run.

At the time of its 2011 premiere, the series was blasted for what critics called its cartoonish and stereotypical depiction of ethnic characters, particularly Han Lee, the immigrant Korean diner owner played by Matthew Moy. At a contentious session of the Television Critics Assn. press tour in January 2012, Michael Patrick King, who created the series with Whitney Cummings, debated reporters, maintaining that because he was gay, he should be allowed more latitude in poking fun at "outsiders."

Parents' groups and others also objected to the show's heavy emphasis on raunchy jokes, many of them delivered by Max about her sex life.

"There was some blowback that was warranted, 100%," Dennings says when asked about her perspective on the series. "The producers and writers really liked to push the envelope and see what they could get away with on network TV. There were some things that I felt uncomfortable saying. Being older now, I probably would have disputed a few things. But at the time, I was very young, so I didn't feel I could change things."

"As the seasons went on, you probably notice a big difference where I suggested we look for an alternative line. It became more of a collaborative experience. Ultimately, it was beneficial for everyone," she continues. "On the whole, it was a positive experience. I spent my whole 20s on that show. It's a huge part of my life. But by the end, I just yearned for something different, darker, a single-camera show."

The actress responded immediately to Robbie's pitch. Even though "Dollface" shares some of the characteristics of HBO's "Girls" and other comedies centered on groups of female friends, its approach is more unconventional, using magical realism to illustrate Jules' predicaments. A literal Cat Lady (Beth Grant) regularly appears to offer Jules sobering perspective on her desperation. In one scene, Jules approaches aloof female colleagues seated at a table, and the table starts speeding away from her, prompting Jules to run to catch up.

"The magical realism reminded me of Hayao Miyazaki movies, which I love," Dennings says, referring to the beloved Japanese animator. "It was just so totally different from the show I did for a long time." She was also intrigued by the series' satirical pokes at the rituals of female bonding, and how difficult it can be.

"This is where I strongly relate to Jules," she adds. "I have this slightly disenfranchised feeling about my own age group. Things I should be doing I have no interest in doing. Why am I such an old man about it? Why don't I want to do yoga at 6 a.m. just like everyone else? I just don't. There's this initiation that seems to happen around groups of women, especially if you all work in the same place. We just took that and ran with it."

Though Jules is the central character of "Dollface," the series also focuses on the professional and personal difficulties of her friends, played by Brenda Song ("Dads"), Shay Mitchell ("Pretty Little Liars") and Esther Povitsky ("Crazy Ex-Girlfriend"). Says Dennings, who is also an executive producer and was instrumental in casting: "You're seeing real chemistry. All these girls are just amazing."

Former Disney Channel star Song ("The Suite Life of Zack & Cody") was equally excited about working with Dennings. "She has very quickly become one of my best friends," Song said in a phone interview. "Her timing as an actress is so impeccable, but she's also so generous. Right off the bat, we realized we had so much in common, and ever since we met, we just haven't stopped talking."

Dennings is hopeful that "Dollface" connects with both female and male viewers — even the ex who called her "dollface."

"We're friends now, and it's all good," she says. "He has a family and a wonderful life and I'm very happy for him. I did ask him if it was OK if we used the name. He was very happy."

This article is written by Greg Braxton from The Los Angeles Times and was legally licensed via the Tribune Content Agency through the NewsCred publisher network. Please direct all licensing questions to legal@newscred.com.