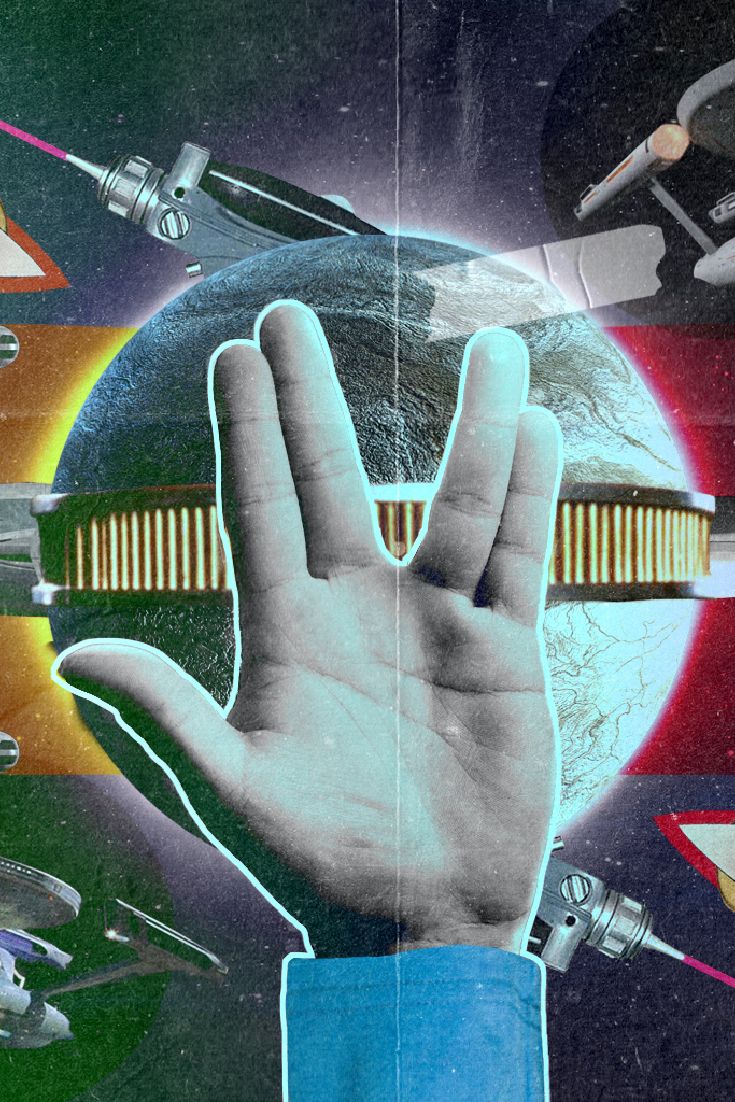 Star Trek is one of the most prolific and longest-lasting sci-fi series of all time and has managed to hang onto the public's imagination in a way few of its contemporaries have. Though the 2010s weren't easy for the brand, the decade culminated in a full revitalization of the franchise, with two new Star Trek series on the air, and multiple films in development.

However, when the decade dawned, Star Trek was on life support. The 2009 reboot had rekindled interest in the series, but Star Trek's future was far from certain. Between 1987 and 2005, Star Trek ran uninterrupted. In fact, between 1995 and 1999, both Deep Space Nine and Voyager were running concurrently. All in all, between the constant deluge of Star Trek on TV, films, video games, toys, and novels, the franchise was everywhere.

But after 18 years of constant Trek, it was hard to get excited anymore. After the lackluster performance of the last film featuring The Next Generation cast, Star Trek: Nemesis, and diminishing interest in Star Trek: Enterprise, the franchise went dark in 2005. Enterprise was canceled after its fourth season, and for the first time since 1986, there was no Star Trek on TV, no movies planned, nothing.

Over the next few years, Trek fans wouldn't have anything to look forward to, at least until the 2009 reboot film was announced. In the same way, Star Trek (2009) cleared the slate for what could happen with Kirk, Spock, and McCoy using time travel; it also reset the state of the Star Trek franchise. When the 2010s began, the future of the franchise was in question, but at least its continuation wasn't out of the question.

Without a TV show to anchor it, the Star Trek reboot franchise was in uncharted waters. Up until the release of Star Trek (2009), the films had just continued the voyages of the cast of The Original Series or The Next Generation. These films, for the most part, had built-in audiences who already loved the subject matter. The reboots, on the other hand, had to attract a new audience, most of who were too young to fondly remember the original exploits of Kirk and company. However, the first film set in the reboot universe managed to turn a profit, and things were looking up for Trekkies.

In 2013, Star Trek Into Darkness showed that lightning could strike twice, and its retelling of the rivalry between Kirk and Khan Noonien Singh went on to be the highest-grossing Star Trek film to date. In 2015, CBS announced a new Star Trek series would premiere in 2017. Between the announcement of the new series, the third film in the reboot series, Star Trek Beyond, hit theaters, and unlike its predecessors, it was a financial disappointment. This cast a bit of a shadow on the future of the franchise, but work on the series continued as planned.

In July 2016, the name of the new series was revealed to be Star Trek Discovery. It was initially scheduled to release in January 2017, but production delays led to the series premiere in November 2017, instead. Star Trek Discovery premiered to acclaims and stars Sonequa Martin-Green as the franchise's first female Black lead, Michael Burnham. The new series took a different approach from any before it. Instead of being a starship captain (or commander of a space station in Sisko's instance), Burnham starts the series as an outcast after committing mutiny aboard the USS Shenzhou. This unique approach and the larger ensemble cast give Discovery a distinctly different feeling than the previous Star Trek series.

Discovery's success has led to more projects entering development. As we open the 2020s, Star Trek Picard, a series focusing on former The Next Generation lead, Jean-Luc Picard, will be premiering. Another series, a spin-off of Discovery centering around Section 31 and starring Michelle Yeoh as Mirror Phillipa Georgiou, is also in development, as is another film, and an animated series called Lower Decks. All-in-all, Star Trek seems to be in the exact opposite position in 2020 than it was in 2010. The franchise has once again proven, despite the low points it might hit, that it will be with us for decades to come.