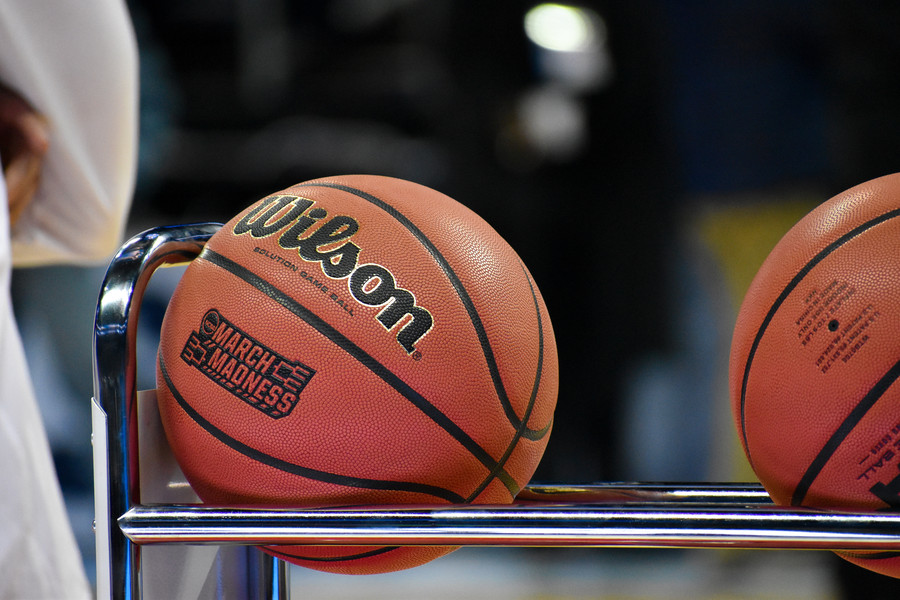 The long winter of our discontent has finally ended. Yes, there may still be some snow on the ground, but more importantly, postseason college basketball is about to heat up. Get some Luther Vandross loaded into your playlist, because we’ve finally entered Net Cutting Season. But before the “One Shining Moment” montages air, there are conference tournaments to play, seed lines to claim, and championships to win. Here are three major conference tournaments to keep your eye on.

Year after year, the ACC dominates the college basketball landscape, and this season is no exception. From Duke’s fearsome foursome of five-star freshmen, to battle-tested North Carolina (led by Luke Maye, who is closing out his 19th fourth year in Chapel Hill), to yet another mind-bendingly efficient Virginia team starring Ty Jerome, Kyle Guy, and De’Andre Hunter, the ACC is once again home to the who’s who of college basketball. The Big 12 and Big Ten may be deeper, but these are three legitimate national title contenders.

The second tier of the conference is nothing to sneeze at, either. Florida State has lost once since Jan. 22 and notched non-conference wins against Florida, LSU, and Purdue. Virginia Tech’s inside-outside combo of Kerry Blackshear and Nickeil Alexander-Walker started the season 14-1, and while dynamic guard Justin Robinson is out for the ACC Tournament, if he plays in the NCAA Tournament, the Hokies are a Final Four dark horse.

Virginia enters the ACC Tournament as the top seed, but they’re not exactly short on competition.

Most of the ACC’s postseason destiny is set, but the two teams who have work to do will begin play in the second round. NC State and Clemson are quintessential bubble teams, and their Wednesday clash could be a win-or-go-home situation. That’ll be appointment television.

Ever since “The Shoe Blowout Heard Round The World,” Zion Williamson has been on the bench and Duke has looked surprisingly vulnerable. During Zion's absence, the Blue Devils have lost to North Carolina twice and added a loss to Virginia Tech for good measure. Williamson is supposed to come back during the ACC Tournament, which makes Duke your favorite. For added measure, a tasty Duke-North Carolina semifinal looms. Even with Williamson at less than 100 percent, adding him to RJ Barrett and Cam Reddish could provide enough firepower for the Blue Devils to exact some revenge in Charlotte.

This year was supposed to be a two-horse race atop the Big Ten. Michigan, despite losing some key pieces from last year’s national runner-up squad, boasts a ferocious defensive unit with enough offense to keep your attention. Michigan State entered the season with the best point guard in the conference, Cassius Winston, a rotating cast of auxiliary perimeter scorers, and the patented Tom Izzo post presence in Nick Ward.

Then Purdue came out of nowhere, led by flame-throwing guard Carsen Edwards, and the Boilermakers earned a share of the Big Ten regular season title.

Those three teams may not quite be Final Four caliber, but they do headline the deepest and probably overall best conference in the country. The Big Ten could put nine of its fourteen teams in the NCAA Tournament this year, and the conference tournament promises to be an absolute meat grinder.

Just like in the ACC, the 8-9 game in the second round is loaded with NCAA Tournament intrigue. Ohio State and Indiana have work to do to claim a spot in the big dance, and securing a win in the Big Ten Tournament will go a long way towards earning that spot. Romeo Langford and the Hoosiers weathered a 1-11 stretch for nearly two months of the season, but have wins over Marquette, Louisville, and Michigan State (twice!). Ohio State desperately needs its best player, Kaleb Wesson, back on the court if it wants to claim a tournament spot. He’s currently suspended, and without him, the Buckeyes struggle mightily on the offensive end.

There’s plenty of potential for carnage in this tournament. Michigan State will try to reintegrate Ward back into its rotation after a hand injury. Michigan will, in all likelihood, have to beat the Iowa team that stunned the Wolverines by 15 in Iowa City on Feb. 1. Purdue will likely have to go through Amir Coffey and Minnesota, which kept it from claiming an outright conference title in the final week of the regular season. Perhaps things open up for an Ethan Happ-led Wisconsin squad en route to conference tournament glory.

A vulnerable Villanova squad claimed the outright conference title thanks to coach Jay Wright’s ability to adjust. The Big East is also home to the most explosive scorer in the nation, Markus Howard, who has a tendency to turn the basketball court into his personal playground — he has nine games of 30 points or more and three games of 45 points or more.

The middle of the conference brings plenty of thunder on its own. Seton Hall’s Myles Powell fills it up, Creighton has outperformed expectations as much as any team in the country, Shamorie Ponds at St. John’s is a monster, and James Akinjo at Georgetown will battle with the best of them. Is the conference top heavy? Not quite, but its depth is admirable.

The #MarchToMSG Is Over. The Stage Is Set

Villanova and Marquette are safely in the NCAA Tournament, and Howard’s Golden Eagles will undoubtedly be a trendy pick to make some real noise. Those are your favorites by a significant margin. Everyone else has work to do.

Creighton and Seton Hall are on the bubble, the Pirates being the safer of the two with recent wins against both Marquette and Villanova. Unlike the bigger name conferences, winning a game or two may not be quite enough to change the equation for Big East teams on the outside looking in. St John’s was once 14-1 with a neutral site win over VCU, but they’ve fallen off the selection committee’s radar with some disappointing losses to close the season.

Madison Square Garden is always primed for March drama, and in a season where every Big East team has more wins than losses, there shouldn’t be any shortage of fireworks in The World’s Most Famous Arena.