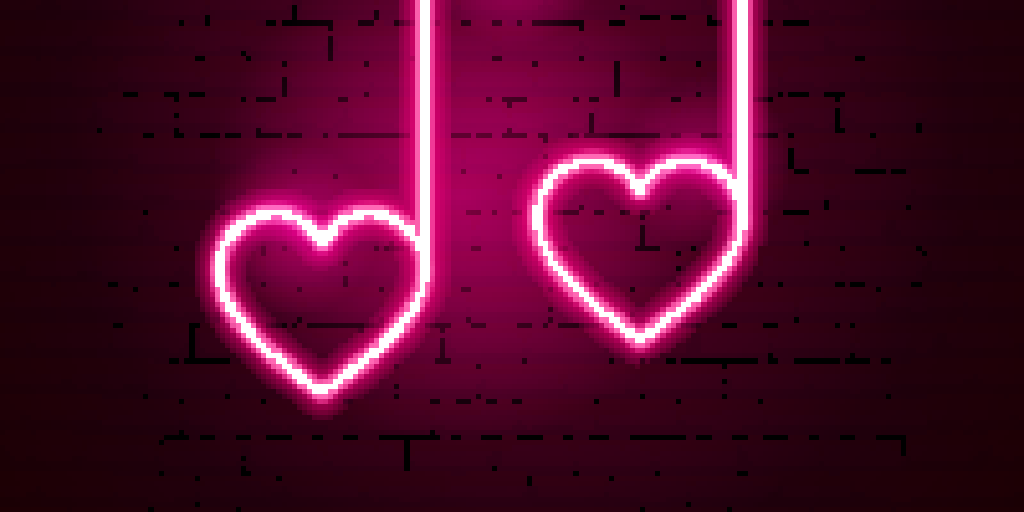 We all love being in love. It's such a grand, romantic time. Everything looks more beautiful when there's someone you want to share your life with, and you wake up each day with a smile on your face. And you know what they say: there's no better way to say "I love you" than with a personalized mixtape.

Okay, so maybe they don't say that – and mixtapes have gone the way of the dinosaur, so to speak. But you can still serenade your lover with the most romantic songs of the past decade. Since we've just kicked off a brand new year, while you're sprinkling the rose petals and cooking a lovely dinner, you can cue some of these tunes up for a dose of nostalgia. It doesn't get much more romantic than this.

There's nothing that'll bring a tear to your eye quite like the promise of neverending love. This sappy ballad promises to be someone's strength, hope, and faith, no matter what. Or, as the song and Justin Timberlake profess ever so smoothly, "'til the day my life is through, this I promise you."

Interestingly enough, this song was actually written by Richard Marx. He was approached by the group's label at the time to see if he had any songs perfect for them. He did, he said, but he'd actually been lying. What did he do? He wrote "This I Promise You," recorded a demo, and sent it to the label. The rest is history – this we promise you.

For the Will They or Won't They Couple: Ariana Grande, The Weeknd - Love Me Harder (2014)

Sometimes, you aren't quite sure whether a relationship is going to work out or not – but both parties have to put the work in to make it blossom. Ariana Grande gets a bit more explicit than usual in this duet with The Weeknd, who lends tension to this song about, well, needing more from your partner – in every way.

The song came about after producer Max Martin sent The Weeknd a then-unfinished version of the song, which The Weeknd found a bit "generic." He then changed up the lyrics to make it "darker," which you can certainly hear in the allusions to pleasure, plain, and the many double entendres throughout each verse. The Weeknd is making promises he won't be able to keep outside of the couple's bed – making it an anthem for the lovers who you you're not sure are going to make it work or not.

There's nothing more beautiful than the kind of love that takes you over and makes you do crazy, impulsive things, like marry the love of your life just because you feel like it.

According to Mars himself, who penned the tune alongside co-writers The Smeezingtons, it came to life after he played a few chords and freestyled a few lyrics: "I think I wanna marry you," arguably the most important part of the song.

"You’re in Vegas...had way too many drinks, and you love everybody, and you want to do something that you probably shouldn’t do and you’ll regret in the morning," he explained of the effervescent tune's deeper meaning. Sometimes, the snap decisions we make end up being the best – and on "Marry You," it certainly seems like Mars is all about his lady.

Is your partner not into totally sappy love songs? Get their blood pumping with this uptempo dance number. One of 2011's most touching, energetic duets came from the minds of Barbadian singer Rihanna and Scottish DJ Calvin Harris. The uptempo electro house song is an uplifting, soaring tune that refers to a couple who ended up coming together, "finding love" in a "hopeless" place.

Interestingly enough, despite the positivity of the lyrics and their indomitable spirit, there's a very simple story behind them: it's nonsense!

"The thing is, I don't know exactly what I was thinking about. I was just playing the song and doing nonsense singing, to see if the syllables fitted to the song....I was singing nonsense, and that's how the lyrics happened," Harris said of the chart-topping hit. That doesn't take away how romantic it is, though.

These songs should be appropriate for just about any romantic situation, and then some. Now go, and spend some quality time with your significant other – dancing is way too fun to be left doing it alone.