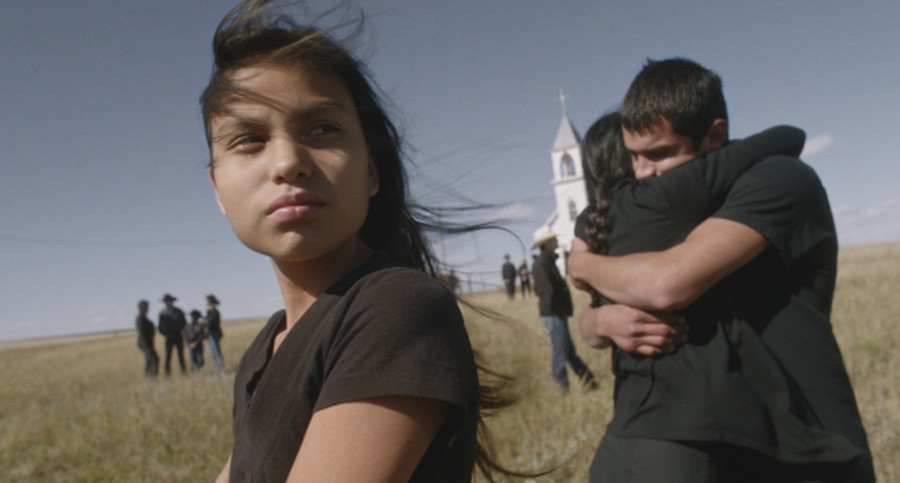 To celebrate National Native American Heritage Month this November, we’ve put together a list of films that dive into five different stories about the indigenous experience across Canada and the United States. Spanning reservations, tribes, and generations, these narratives strive to get representation right and spread awareness about the challenges and realities faced by First Nations and other Native peoples living today and throughout history.

Based on the award-winning 2012 novel of the same name, this dramatic adaptation follows the life of a young, Canadian, First Nations boy called Saul Indian Horse — one of the many indigenous children forced into assimilation in 1950s Ontario. After he’s separated from his Ojibway family and his grandmother dies from exposure, he’s committed to a Catholic Residential School run by abusive nuns and priests. Struggling to survive in his new surroundings, Saul discovers an exceptional gift for ice hockey that will be his ticket out and change the course of his life forever — but never his identity.

At once heavy and heartbreaking as well as moving and beautiful, Canada’s Globe and Mail confirms that “the essence and importance of [Richard] Wagamese's book — both the brutality and the beauty — shines through, more vital than ever.”

Starring Jeremy Renner and Elizabeth Olsen, as well as Native American leads Gil Birmingham and Julia Jones, “Wind River” is a neo-Western, crime film set on Wyoming’s Wind River Indian Reservation. When a wildlife tracker finds a dead body in the snow, he and an FBI special agent set out to solve the case and find justice for the victim, in this important narrative that raises awareness of the large numbers of indigenous women who are raped and killed each year.

According to critics, “What can pass as a standard murder-mystery instead becomes a remarkably complex exploration of various malaises, including the agony of familial loss, the systematic disenfranchisement of Native Americans, and the ever-present evil of toxic masculinity.”

With a 94% rating on Rotten Tomatoes, this first feature from “Nomadland” director Chloé Zhao cemented her as a gifted storyteller in modern filmmaking. Like last year’s Best Picture winner, “Songs My Brother Taught Me” offers a “deeply intelligent and sympathetic rendering of real-life situations, using nonprofessional [actors] playing approximations of themselves.” Centered on the bond between a brother and sister living on South Dakota’s Pine Ridge Indian Reservation, the story takes off when their absentee father suddenly dies — upon which the pair meet numerous half-siblings and begin to drift apart.

The San Diego Reader calls it “a moseying tour of life on the Lakota reservation, circa right now: the empty beauty of the badlands, the ancient struggle with alcohol, and the persistent push of youth to make good and make sense of a bad old world that somehow keeps hope alive.”

Part exposé, part documentary, this thought-provoking film from Alethea Arnaquq-Baril explores the Inuit tradition of seal hunting and the damaging impact of the global anti-sealing movement on their communities. To get a first-hand look, the director travels back to her hometown of Iqaluit (just west of Greenland), where people have depended on seals for sustenance and survival for centuries. “Angry Inuk” is a deeply personal and fascinating glimpse into a world unlike our own, and “a dignified response to those who oppose seal hunting but willfully ignore the fact that international bans on seal products severely inhibit the subsistence hunting vital to Arctic communities.”

Widely considered to be a revolutionary movie in the Hollywood Western genre, Kevin Costner’s directorial debut was the first film of its kind to pay serious respect to Native American culture with many scenes spoken in Lakota language, and its amazing attention to detail throughout. In response to the film’s immense success, members of the Lakota Sioux Nation held a ceremony to honor Costner, and a Lakota elder, who served as a cultural advisor on the production, even went so far as to adopt the director and star into his own family.

While it may be true that, by today’s standards, “‘Dances with Wolves’ suffers from a simplistic view of the culture it attempts to honor,” Rotten Tomatoes says that “the end result remains a stirring western whose noble intentions are often matched by its epic grandeur.” And with 12 Academy Award nominations and seven wins, including Best Picture, the Civil War-set blockbuster might just be worth a watch.