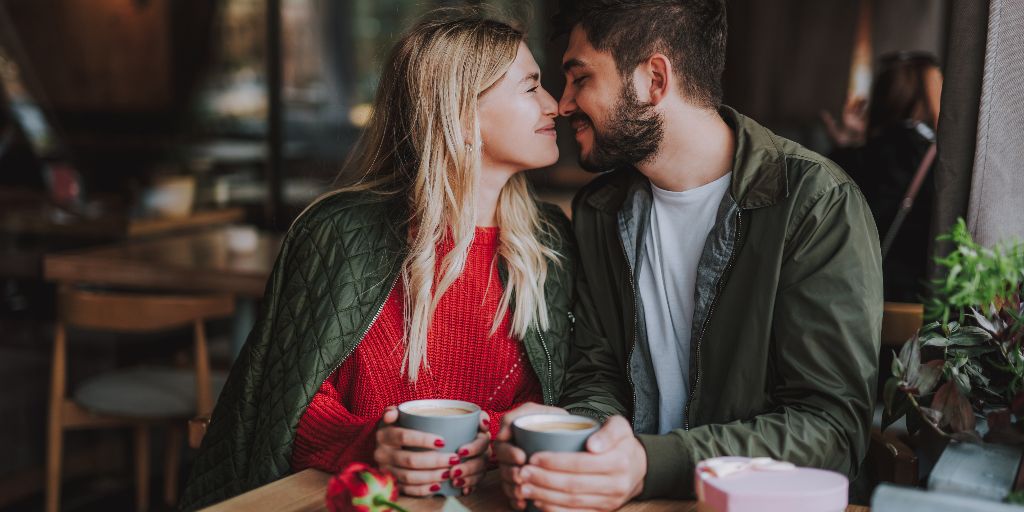 Romcoms, dramas, and horror galore—every Valentine’s Day, countless couples head to the cinema for a good flick after a good meal. If you’ve ever done the traditional dinner-and-a-movie Valentine’s date, you know the risks: Which movie can we agree on? What if we don’t like it? Why would anyone let J Lo and Ben Affleck do this to us?

This year, ditch the cliché Valentine's Day date night, and stay in to enjoy these classic horror films that are so bad, they’re good. A little horror. A lot of comedy. And a dash of romance, of course.

We all love a scary child. The Ring had us spooked from the onset, and even gave us two sequels. The Sixth Sense became an instant classic when Haley Joel Osment dropped the now-classic bombshell “I see dead people.”

And then there’s It’s Alive. What happens when a couple gives birth to a deformed, fang-bearing demon baby? Questionable acting, bad prosthetics, and comedically cringeworthy cinematic moments. The film takes us to Los Angeles, where we meet Frank Davis and his wife Lenore, who are expecting their second child. Things go awry in the delivery room when the newborn kills his delivery doctor and escapes through the skylight. From there, the film gets weirder, including an unsuspecting milkman killed by the monster baby along his route.

What makes It’s Alive hilarious is the inefficiency of the monster—the film begs the question, how hard is it to stop a baby? We don’t know, but we’re pretty glad they didn’t.

A standout moment: The climax of the movie has our monster baby making a daring escape through sewers to continue killing people. We won’t tell you what happens next, but again, we ask, how hard is it to stop a baby?

Horror hits like It prove to us what we already know: people are terrified of clowns. Classic thrillers like Alien and Independence Day remind us that we’re also scared of aliens. So logically speaking, an alien clown should be the scariest thing ever, right? That’s how we try to justify the ridiculousness of Killer Clowns from Outer Space, a hilariously entertaining tale of alien clowns terrorizing a California town.

If you haven’t seen Killer Clowns from Outer Space by now, you’re missing out on a decades-old cult favorite. This comedic horror classic takes place in Crescent Cove (filmed in Santa Cruz County, California), where two young lovers witness a strange glowing object falling to earth and decide to investigate. They discover the Killer Clown’s mothership, which, appropriately, looks like a circus tent. From there, the couple is pursued by the alien who finds them, and the whole town falls victim to an unassuming attack from some hideous clown aliens.

A standout moment: The film is impressive in its dedication to the clown motif, from popcorn guns to a circus tent spaceship, to cotton candy cocoons that encase the town victims. But our favorite part is when one Killer Clown captures five townspeople at the bus station by eating them with a dinosaur shadow puppet. Confused? You’ll have to see it for yourself to truly understand the comedy.

For having made The Sixth Sense, we thank you for your contributions, M. Night Shyamalan. For having made The Happening, however, we have to ask—why make plants scary? In this 2008 film from the acclaimed filmmaker, we watch as people throughout the American northeast begin acting strangely and engaging in a mass suicide. No one knows why, but they all understand that something is happening (get it?). We eventually learn that the suicides are being caused by... the local plants.

The movie goes on to explain the cause, and it’s understandable enough, and the film even starts promisingly. But then it ends. Fizzles, even. The epidemic ends as quickly as it begins, leaving you wondering, “what… just... happened? Oh, okay. I guess I get the title now.”

The Happening has its fair share of eye candy, even though we’d rather see Mark Wahlberg in a classic action role, and prefer Zooey Deschanel as our favorite Manic Pixie Dream Girl.

A standout moment: We love Marky Mark, but it’s hard not to laugh, watching him bargain with an angry fern. We highly encourage you to plant yourself on the couch and give this one a watch.

No amount of med school could prepare the doctors in The Manitou for what they’d face when Karen Tandy (Susan Strasberg) visits the hospital to address the growing tumor on her neck. It wasn’t benign, or malignant… What’s the word for the kind of tumor that turns out to be a reincarnated Native American shaman out to avenge his people? That’s right—The Manitou is about a shaman-turned-tumor-turned-fetus-turned-shaman. On the back of a woman's neck. Luckily, though, the woman’s boyfriend is a psychic fortune teller (naturally), and he’s able to summon help from another Native American shaman, John Singing Rock. Unluckily, Singing Rock’s spirits are no match for The Manitou.

Add in lots of explosions, a topless space battle, and ghost dinosaurs, and you'll likely conclude that shaman tumors are the least ridiculous thing about this film. Grab some popcorn, cozy up, and enjoy. But don’t hold your breath for a sequel.

A standout moment: We don’t want to give it away, but you might have your spiritual moment when you realize you’re watching a psychic fortune teller and his friends try to fight a shaman growing on a woman’s neck by turning on a bunch of hospital equipment. Have fun with this one, but promise us you won’t start a petition for The Mani(Two).

If the title alone doesn’t make you laugh, fear not—Death Bed: The Bed That Eats does not disappoint. The story goes like this: a long time ago, a demon fell in love with a woman and created a bed on which he could make love to her. Unfortunately, the woman dies, and the demon’s tears fell on the bed, making it come to life. The bed lays dormant most of the time, but every ten years comes to life, eating any human who decides they need a nap or some intimate time on some creepy bed. But it doesn’t just eat—sometimes the bed stalks its victims, sometimes it hangs from the ceiling waiting to crush its victims, sometimes it even lassos victims with its bedsheets. For a piece of furniture dedicated to rest, this bed does anything but.

Death Bed is so bad it’s *almost* not even entertaining. Almost. What makes it pass the test of a hilariously horrible Valentine’s Day choice is the sheer amount of friskiness—these teenagers are jazzed to get in that bed. That, and the fact that the entire plot is revealed in the title, makes this one a great choice for this Valentine’s Day.

A standout moment: We watch as one of our victims nearly makes a narrow escape. Bloodied and terrified, she almost makes it up the stairs and out of the basement. Deathbed didn’t like that. So Deathbed engages its bedsheet lasso, Rapunzel-style, and pulls her to her doom. They did say sleep is the cousin of death, but this takes it to a whole new level.