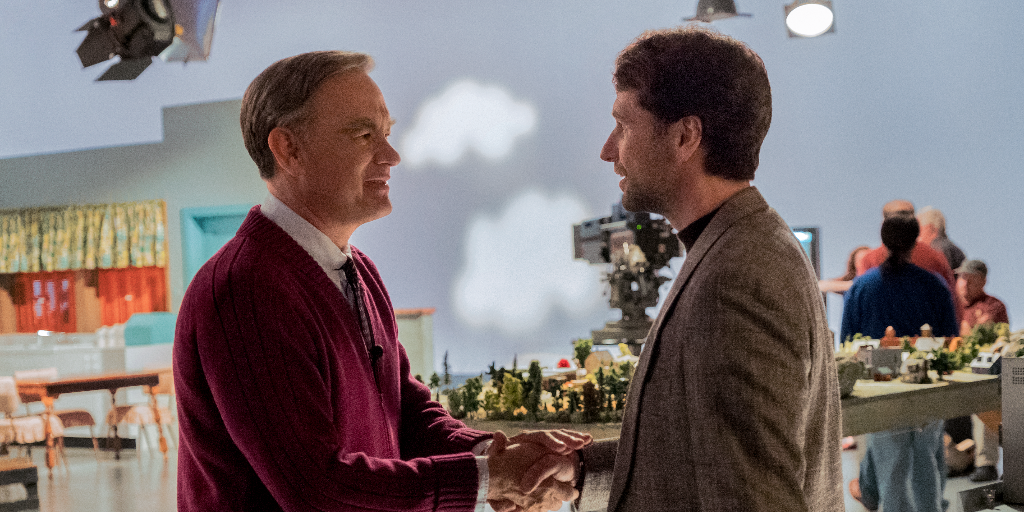 Some people might be tempted to see Fred Rogers (played in a new film by Tom Hanks) exclusively as a kid’s-show host. His humble demeanor and soft-spoken ways do not fit our typical image of a charismatic leader. On closer look, however, it is evident that Mister Rogers was a highly effective leader and innovator who took strong stands and transformed the lives of those he touched, children and adults alike. His quiet approach to influencing people and making a difference has much to teach current business leaders.

Tom Junod is a well-known journalist who initially made the mistake of dismissing Rogers as a “hokey kid-show guy.” His unlikely friendship with Rogers is the basis of the new movie. Assigned by Esquire in 1998 to write a profile of Rogers, Junod had a reputation for being cynical and snarky. Much to his surprise, Junod found his mind and heart opened by the time he spent with the ordained minister turned TV personality.

Be your authentic self

Rogers was famous for being the same person, whether he was on or off-camera. He made no effort to create a persona and was always himself. People noted that, whether he was in private conversation, on camera, or an auditorium, it seemed like he was speaking to an audience of one. Honest and straightforward conversation was the essence of his approach.

He made no effort to gloss over difficult or awkward moments. When he struggled to set up a tent, or zip up his signature cardigan sweater, while the cameras were rolling, he resisted recommendations to reshoot those scenes. “It’s important for children to know that adults’ plans don’t always work out,” he explained. We are human, flaws and all, not perfectionists.

Years ahead of research showing the power of vulnerability and authenticity in the business world, Mister Rogers instinctively leaned toward radical honesty. He realized it takes great courage to be yourself. As Junod wrote in his original Esquire profile, he had a quality of “fearlessness, an unashamed insistence on intimacy.”

Practice the power of listening and silence

One reason Rogers was so effective in connecting with his audience of one was his understanding of the power of deep listening. An irony of his initial encounter with Junod was that Rogers flipped the script. As the writer assigned to interview Rogers, Junod was supposed to be the one asking the questions. Yet the TV host sensed something troubled and unsettled in the journalist. He probed him with questions and frank observations, and eventually to Junod’s surprise, he felt comfortable to open up with Rogers.

Rogers was a master of the pregnant pause. Asking someone a question is one thing; giving the person the space to process, reflect, and take his or her time to formulate a response is another thing altogether. Silence can be awkward, but I know in my coaching practice that this silent pause is also when unexpected insights and breakthroughs emerge. “Silence is one of the greatest gifts we have,” according to Rogers.

A poignant example of his ability to create silence occurred when he accepted the Emmys Lifetime Achievement Award. Amid a slick awards show, Rogers asked the audience to take 10 seconds of silence to “think of the people who helped you become who you are.” At first, people were not quite sure what to think — was this Fred Rogers “playing” Mister Rogers? Eventually, the audience settled into the moment, and a profound and moving silence fell over the auditorium.

His quiet manner notwithstanding, Rogers was not afraid of confronting difficult topics. He broke ground in using a children’s show to address social issues like segregation. Children facing challenging disabilities found a place on his show. The day after Robert Kennedy was murdered, his show featured a discussion of the word assassination.

An early inspiration for this candor was his friendship with Dr. Margaret McFarland, a child psychologist Rogers met while he was studying theology. He took to heart something she told him repeatedly: “Anything human is mentionable, and anything mentionable is manageable.”

In a world where business leaders must confront difficult issues like privacy, climate change, and Me Too, this is a philosophy well worth following.

Create a wellness routine that works for you

While his gentle and calm demeanor may have appeared effortless, Rogers worked hard to maintain his equanimity. He was bullied as a child, but chose to channel his emotional pain productively. As an adult, he was scrupulous in sticking to a wellness regimen that included a healthful diet and a daily morning swim. He openly acknowledged that his swim was more than just a convenient way to exercise. He occasionally struggled with anger and found swimming an effective way of purging these feelings.

He also loved to play the piano, another means of venting anger and other difficult emotions. We may not think of such a hobby as being part of a wellness routine, but finding a way to express ourselves in solitude is essential to maintaining mental health.

Adopt kindness as the first rule

It is important to note that his kindness was not merely a matter of being “nice.” For Fred Rogers, kindness was about active compassion and empathy. It was, Junod observes in a recent article revisiting his friendship with Rogers, a kind of secular ministry. At the heart of his “resourceful and relentless kindness,” Junod writes, was how he “saw something in me that I didn’t see in myself.”

Assuming that such kindness has no place in the business world would be a disservice. Fred Rogers was just as skilled at touching adults as he was children. He could move hearts and minds when speaking to the camera, at an awards show, or testifying before Congress. Rogers remains influential with his powerful legacy of quiet strength and kindness. More than ever, we need business leaders who can embody a fundamental faith in humanity, who act out of goodness, and who can create moments of authentic connection and honesty.

This article was written by Naz Beheshti from Forbes and was legally licensed through the NewsCred publisher network. Please direct all licensing questions to legal@newscred.com.