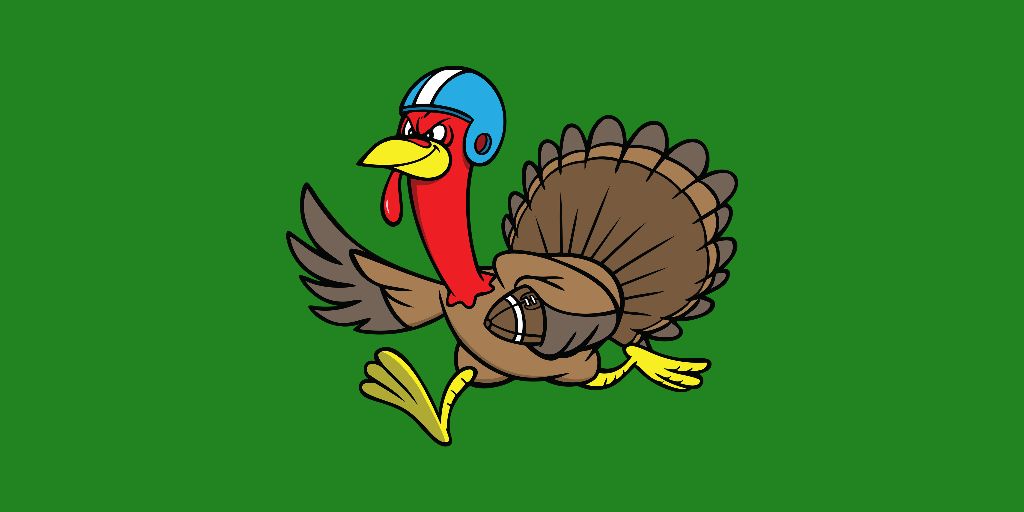 Football is a Thanksgiving tradition unlike any other. Actually, that’s not true. It’s a lot like the raw veggie platter or the uncle you don’t want to talk politics with—an often undesirable distraction, time better spent on a post-turkey nap. But that makes it even more special when you get a Thanksgiving game worth watching.

Unfortunately, Thanksgiving games that are actually competitive are few and far between. But in hopes of willing some good games into existence this year, we wanted to look back at the ones worth remembering. Here are the most dramatic moments, best performances, and most memorable plays in NFL Thanksgiving history.

Win Or Lose Your Franchise Forever (1920)

The forward pass had only been around for 14 years before one of the most notable Thanksgiving games in the history of the league. It wasn’t even “the league” as we know it back when the AFL’s Decatur Staleys and the Chicago Tigers challenged each other to a Thanksgiving duel in Chicago and agreed that loser would be relegated out of the league.

The game, legend has it—and it is a legend, because some say it never really happened—came after a previous, documented encounter between the teams ended in a 0-0 tie, bringing about a Thanksgiving grudge match with incredible stakes not usually seen in American professional sports.

In the record books, the Staleys were credited with two field goals by kicker Dutch Sternamen, according to Pro Football Reference. They would go on to win the game by a count of 6-0. Whether or not the results forced the Tigers to fold, the Staleys subsequently moved north from Decatur to Chicago and renamed themselves the Bears, where the franchise remains to this day.

Even though the Chicago Bears aren’t one of the NFL’s two Thanksgiving standbys—those are the Lions and Cowboys—they may have the most memorable moments on that day.

Sixty years after the former Decatur Staleys sent the Chicago Tigers packing (or didn’t), the Bears did the same to the Detroit Lions in the first ever overtime game at the Pontiac Silverdome. This time, there was no relegation, although the Lions did have to continue being the Lions.

After being tied at 17 going into overtime, the Bears won the coin toss, leading to a very short extra period when Chicago running back Dave Williams returned the kickoff 95 yards for a Bears touchdown. With that, the Bears got the win and one of their lone highlights from the 1980 season. They also set a record, which has since been broken, for the shortest overtime in NFL history.

This game may not qualify as great, but it’s certainly memorable, as a rare winter storm in Dallas created one of the most bizarre moments in the game’s history.

An estimated 33 million people watched that day’s Thanksgiving battle between the Dallas Cowboys (the marquee team of the era) and the Miami Dolphins. But rather than the play of Cowboys legends Troy Aikman or Emmitt Smith, the game would be remembered for treacherous field conditions that contributed to one of the most bizarre plays in NFL history.

The ice and snow created an ice rink on the Texas Stadium artificial turf. After the Cowboys blocked a potential game-winning Dolphins field goal, defensive tackle Leon Lett had what he would later call his own “brain freeze”. While his teammates let the blocked ball spin on the ice, he dove toward it, kicking the ball to the one-yard line, where it was recovered by a Miami lineman.

The Dolphins, gifted another chance, kicked an 18-yarder to win the game in one of the weirdest games in NFL history. The Cowboys didn’t let the loss keep them down—they went on to win their second consecutive Super Bowl.

Nowadays, whenever a receiver skies for a big catch, the nearest defender is said to have gotten "Moss’d.” There were few days in his NFL career where Randy Moss did more Mossing than the 1998 match-up between his Minnesota Vikings and the Dallas Cowboys.

The ’98 Vikings are widely known as one of the best teams ever to play without winning a Super Bowl, and their epic Thanksgiving shootout was one of the most memorable moments of that season, mostly because of Moss’s aerial heroics.

Moss had three touchdowns, all over 50 yards, including one to begin the game of 51 yards on a pass from Randall Cunningham. Moss even had a 2-point conversion to go with his three touchdowns. His three touchdowns also represented his only three catches of the game. Talk about efficiency.

And then there’s this. Sometimes, the shortened week and lack of practice endemic to Thursday football can lead to inadvertent brilliance, like the fumble that spawned a million memes. Who says Thanksgiving games are worthless?

The New York Jets had just come off a surprisingly good season in which they made it to the AFC Championship game, including a divisional win over the New England Patriots. This motivated the NFL to put Jets-Patriots on Thanksgiving in the  8:30pm ET primetime slot. But, instead of a memorable AFC East showdown, the game gave NFL fans a moment that would make Leon Lett feel, well, not proud, but at least not alone.

Scrambling Jets quarterback Mark Sanchez collided with the backside of his offensive lineman Brandon Moore, leading to the infamous Butt Fumble. It was recovered by New England as they re-asserted their dominance after the previous year’s playoff loss to the Jets by hammering New York 49-19. Poor Mark Sanchez.

Great game? Not in the slightest. But if the next Butt Fumble comes out of this year’s Turkey Day games, we should all be thankful. Catch all the NFL Thanksgiving action on DIRECTV.