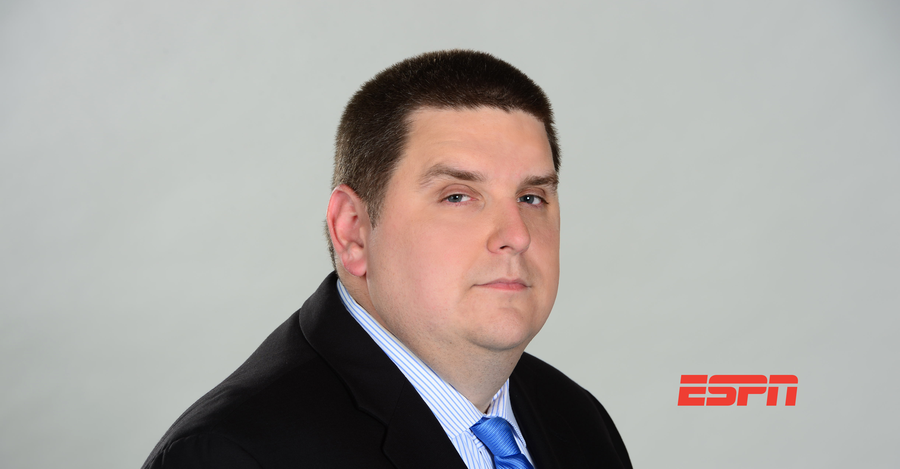 Long before LeBron James became a household name, long before his image became synonymous with basketball greatness, the precocious teenager from Akron, Ohio, had a dream that extended far beyond the basketball court. He wanted to be a billionaire athlete, a sports star who transcended sport and joined the pantheon of global entertainment icons. ESPN Senior Writer Brian Windhorst, a longtime chronicler of James' rise to fame and fortune, digs into the history of James' vision in his new book LeBron, Inc.: The Making of a Billion-Dollar Athlete. We recently talked to Brian about the Lakers' superstar and his evolution as a businessman.

What was your most surprising discovery about LeBron’s business dreams in your research for LeBron, Inc.: The Making of a Billion-Dollar Athlete?

Probably how he learned one of his first lessons of equity. When he was 18 he passed on an offer for an ownership stake in an upstart beverage company to sign with a legacy brand, Coca-Cola. Being with Coke has been great for LeBron, there’s a 16-year relationship and he’s made tens of millions. But that upstart was called VitaminWater™ and it later sold for more than $4 billion. That helped change the way he looked at endorsement opportunities.

Many people are curious about the working relationship between LeBron and Maverick Carter. Can you describe how they manage their entertainment ventures together?

Maverick is the hunter, the researcher, the market reader, the guy who takes meetings and filters out the chaff. LeBron is the closer. LeBron guards his time very closely, if he is going to spend it then it has to be profitable, benefit a cause he holds dear or out of respect. Maverick has learned how to find those projects for him.

How has LeBron changed the way elite athletes manage their careers?

LeBron is the first megastar of the social media era and he’s dominated it. For decades athletes have attempted to leverage their power and fame to control media coverage. LeBron has taken it a step further, he owns the media. He has multiple platforms that go direct-to-consumer. On the platforms he doesn’t own, he’s strategically positioned himself to maximize them. He can stop the sports world with a tweet. He took over a television network to make one free agent decision and a major magazine to make another. He’s got into a marriage with Time Warner that has led to a studio production deal with Warner Bros., series for HBO and investment from Bleacher Report into his own social networking business. He is a media magnate who happens to play basketball.

The Lakers recently hired Frank Vogel as their new head coach. Why do you think Vogel was hired, and do you see him and LeBron sharing a successful working relationship?

Vogel has a real track record as a head coach in the NBA, especially his five seasons as head coach of the Indiana Pacers. Nonetheless, James and his Miami Heat team repeatedly beat Indiana in the playoffs. Although Vogel and the Pacers played James and the Heat tough, Miami never really feared them. In Orlando, Vogel had a disappointing and forgettable two years and was fired.

The Lakers also appeared to have hired his (presumable) replacement in Jason Kidd.

Vogel will come into the season with Kidd, one of the runners-up for the job, on his hip. James has long respected Kidd, and they won a gold medal together at the 2008 Olympics. Kidd was a veteran presence on the "Redeem Team" that year, and that experience largely shaped James as he was learning to be a leader. He won his first Most Valuable Player Award the next season.

Regardless of how James feels about his head coach, there is no way his respect for Vogel will match the level of his respect for Kidd -- at least not right away. How could it? James will naturally be connected to Kidd because of their relationship and Kidd's success in the league playing both against and with James.