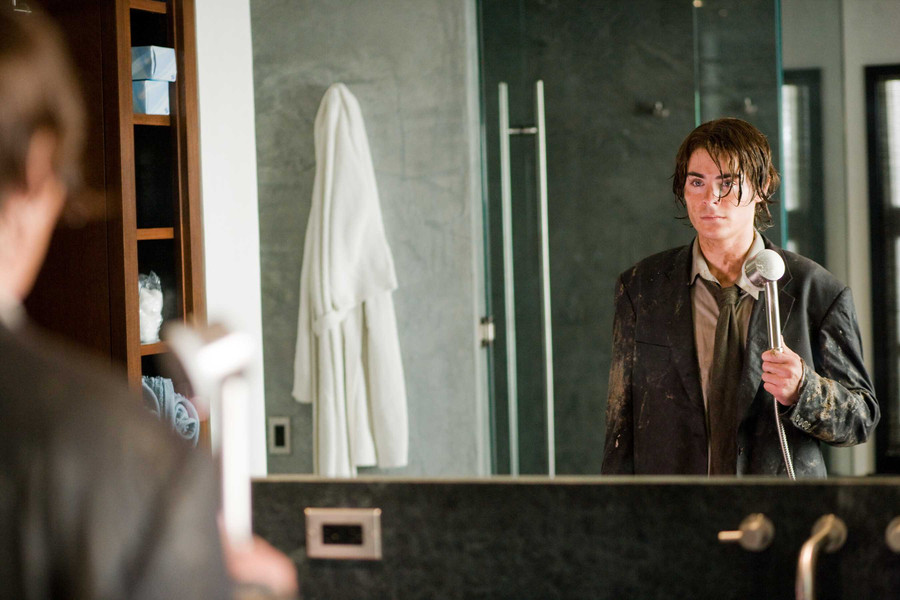 7 Body-Swap Comedies to Watch After SHAZAM!

The newest addition to DC’s movie universe is taking on the mantle of one of moviemaking's greatest comedy traditions: the body-swap. SHAZAM! supercharges the genre with high stakes and high comedy for a super hero blockbuster like you’ve never seen before. And if you're hungry for even more hilarious body-swap comedies — from fortune cookies to lightning strikes — these eight films will give you an out-of-body experience...with laughter.

As body-swap comedies go, Big is king, and for good reason. Tom Hanks received an Oscar nod for the 1988 classic about a 12-year-old boy who wishes to be bigger—and gets more than he bargained for. And just like SHAZAM!, a wizard is involved. SHAZAM! even has a little easter egg paying homage to the film. Keep your eyes peeled for the film's signature giant piano mat.

If you loved SHAZAM!, you’ll freak over this 2003 teen comedy starring Lindsay Lohan and Jamie Lee Curtis. What happens when a type-A professional mother and her rebellious teenage daughter magically wake up in each others’ bodies? The answer is one of the best body-swap comedies ever made. If you thought Zachary Levi playing a teen super hero was fun, just imagine Curtis inhabited by punk-rock teen with unfettered access to her mom’s credit card. Can you say “makeover”?

What body-swap comedies do best is highlight differences. In SHAZAM!, it’s age—the absurdity of seeing a grown-up acting like a teenager. In The Change-Up, it’s sex. Dedicated family man Jason Bateman swaps bodies with ladies’ man Ryan Reynolds and the result is a workhorse of the body-swap comedy genre, hitting all the familiar beats with an extra side of raunch.

Yes, it does count as a comedy. Face/Off is a genre-bending cat-and-mouse sci-fi action movie starring John Travolta as an FBI agent and Nicholas Cage as the terrorist he’s set on hunting. The twist? Cat and mouse swap faces with a dangerous cutting-edge medical procedure and have to pretend to be one another to thwart each other’s schemes. With two actors never accused of subtlety and John Woo (Misson: Impossible II) directing with his trademark pulpy, manic intensity, Face/Off is weird, warped, and wonderful. Freddy Freeman would approve.

As with SHAZAM!, most body-swaps are young-to-old, but it can be fun the other way around too. Zac Efron stars in this upbeat teen comedy as a middle-aged man who’s disillusioned with his life—until he wakes up as his 17-year-old self. With the fresh perspective of youth (or, at least, Zac Efron's incredibly, uh, youthful body), he sees everything he’s been taking for granted in a new light.

If Big is the king of body-swap comedies, 13 Going On 30 is definitely the queen. Jennifer Garner stars as a 13-year-old girl who can’t grow up fast enough—until one day she wakes up seventeen years later. It’s like if SHAZAM!’s superpower was a romantic comedy, and absolutely crushing the "Thriller" dance.

Featuring two comedy legends, All of Me is a wild twist on the body-swap genre—it’s a body-share. Steve Martin plays a dissatisfied lawyer who ends up in a struggle with the soul of a deceased heiress (Lily Tomlin) for control of his own body. Watching Martin argue with himself as Tomlin is magically hilarious. Check out the incredibly 80s trailer:

SHAZAM! is now in theaters. Catch up on the body-swap genre with DIRECTV.