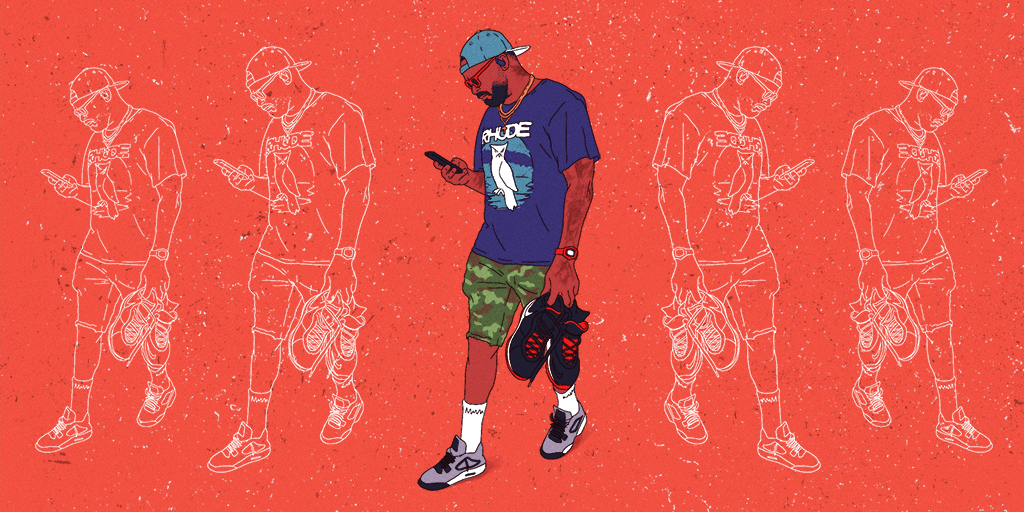 It's no secret that fashion now plays a central role in the NBA pregames. Over the past few years, players including PJ Tucker, Russell Westbrook, Shai Gilgeous-Alexander and LeBron James have indeed become fashion icons, sporting unique styles for basketball's runway. Fans keep up with the latest trends on Instagram, where they can keep tabs on what NBA players are wearing before the big games.

PJ Tucker’s out here looking like the star he is. The NBA sneaker king is bound to make the cut when it comes to best fits. Tucker is always dressed to impress before games, and you can count on him to be carrying heat in hands too.

Fresh kicks? Check. Fashionable tee with a socially-conscious message? Check (the tee says "What part of NO don't you understand?"). Bold fashion risk? Check (with those baggy pants...). Shai Gilgeous-Alexander makes this fashion thing look effortless. Also, we have to mention that he's wearing some of the best Nikes of the year here.

DeMar DeRozan might be a San Antonio Spur, but the man is a legend in Los Angeles. He grew up in Compton and went to USC when Kobe Bryant was winning chips. It’s only right that DeRozan paid homage to Kobe by wearing the legend’s original #8 jersey. The high white socks, the clean white Air Forces, and the wired headphones really bring us back to Los Angeles 2004, when Kobe and Shaq made their last NBA Finals appearance.

you can measure points per game and field goal percentage. you can’t measure influence and impact. ?

Vintage tees from the WWE Attitude era are some of the best vintage tees ever. Frank Jackson really takes it to another level with this Stone Cold Steve Austin tee, coupled with some super funky jeans. Could most people rock these jeans? Almost definitely not –– but Frank Jackson sure can and that’s the bottom line ‘cuz Stone Cold said so.

In a shout out to suburban soccer moms across America, Kyle O’Quinn served up a fire fit highlighted by this stylish Lululemon parka. The parka went perfectly with his black and white John Geiger 002s, which were one of the top sneakers of 2019.

Kevin Love and Jordan Clarkson are two of the best-dressed guys in the NBA today, and these two fits go perfectly together. It’s disappointing that we no longer get to see them throwing fits on the same team, so we really need to appreciate this photo from early in the season. Sure, Clarkson is wearing a purse, but fashion is all about taking risks, right? He’s also rocking the Nike Tom Sachs Mars Yards, and his overall fit is absolute fire.

On top of that, Love is spicing up everyone’s life with his vintage Spice Girls tee. Both of these dudes really don’t care what typical NBA fans think of their style. They’re going to wear whatever they want – which is why we love them.

There are so many levels to this fit. First off, Montrezl Harrell is paying homage to the Los Angeles Clippers that came before him with the Slam cover tee featuring Elton Brand, Darius Miles, and Lamar Odom. Also, he’s wearing two massive chains and awesome pants. On top of that, he’s rocking Versace Chain Reaction sneakers and carrying heat in hands. Trez has been on fire all season (on the pregame runway and on the court).

STILL ROC LA FAMILIA. SAYS A LOT ABOUT YOU IF YOU NOT FEELIN US. @slamgoods

Devonte' Graham wore a hoodie with his own face on it. This fit might not be the most stylish, but it makes this list because this dude’s confidence is in another stratosphere. He’s been playing well so far, and this hoodie is the exclamation point on a great first half of the season. He’s a major contender for 'Most Improved Player of the Year.' If he wins, it’d be awesome to see him accept the trophy while wearing this hoodie.