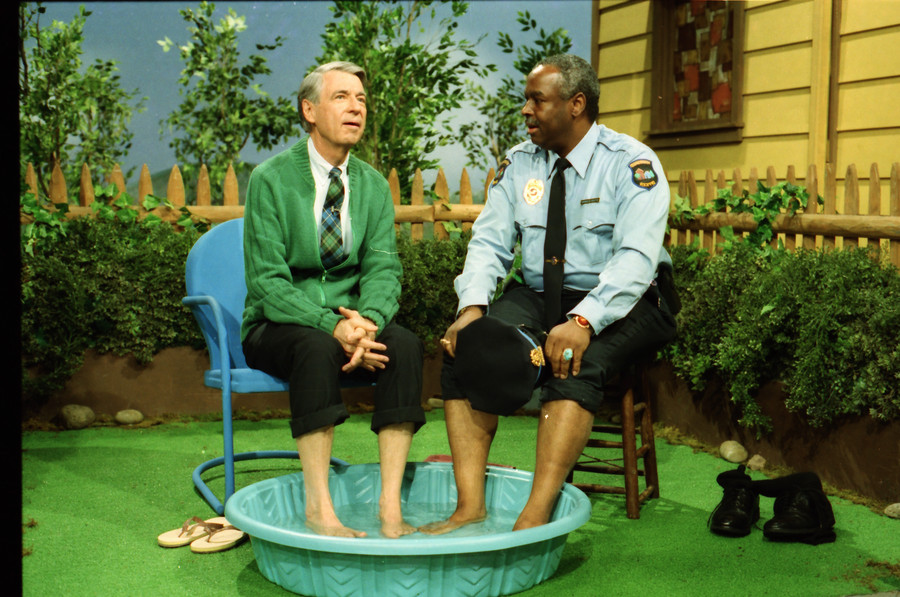 An excellent documentary shines a light on hidden truths and carefully digs into deep and delicate experiences. And the best documentaries elevate the voices of the people who lived them.

HBO has no shortage of quality programming, but perhaps their greatest strength is in their world-class documentaries. Let's take a look at the best documentaries in HBO history, their impact on the broader culture, and what makes them so memorable.

The internet is a democratizing source of knowledge and power across the world. It can also be a sinister tool to warp impressionable minds. Enter the Slenderman. "Beware the Slenderman" unpacks the 2014 story of two teenage girls charged with the attempted murder of their best friend who they stabbed 19 times in a deluded attempt to appease and prove the existence of the Slenderman, a mysterious, fictitious demon born of the Internet age. Keep the lights on for this one.

There's the public-facing story and the story behind the story. "Baltimore Rising" captures the discord and pain of a city reacting to the death of Freddie Gray, a 25-year-old black man who died under police custody. The original documentary chronicles what has become an all-too-common cycle: an incidence of police violence met with indifference by those in power. The result is a myopic view of the deep-seated economic and social inequalities that plague cities and towns across America.

"Robin Williams: Come Inside My Mind"

Robin Williams was an entertainer for the ages, equally known for his slapstick, irreverent standup and improv and unforgettable characters like Mork and Mrs. Doubtfire and his quiet, reflective, and masterful performances in "Dead Poets Society' and "Good Will Hunting." His life mirrored a similar dichotomy, and "Come Inside My Mind" explores Robin's artistic journey, intermittent alcoholism, internal conflicts, and final illness. It's a heart-wrenching portrayal of the ocean of human experience behind a larger-than-life facade.

"At the Heart of Gold"

"At the Heart of Gold," directed by "Mommy Dead and Dearest" director Erin Lee Carr, allows the previously silenced victims of Dr. Larry Nassar's sexual abuse to speak for themselves in a tough-to-watch tale. Still, it's an eye-opening account of the insidious ways power can be manipulated to keep abuse hidden in plain sight.

"Won't You Be My Neighbor?"

Saturday mornings with Mr. Rogers were indeed a simpler time. The ingenious children's show shared much more than the everyday antics and stories from Prince Tuesday. From race relations to social inequalities to nuclear war and even death, Mr. Rogers spoke honestly to children about tough topics while other shows were playing it safe. In retrospect, his show was groundbreakingly candid and authentic and taught a generation (hi, GenX) what it means to truly love your neighbor. "Won't You Be My Neighbor" will make you laugh, cry, and wish television still had a Mr. Rogers.

Nearly 60 years later, the account is just as shocking — four Black girls, ages 11 to 14, killed inside the 16th Street Baptist Church bombing by the Ku Klux Klan in 1963. "4 Little Girls" is director Spike Lee's retelling of "the story of four young girls who paid the price for a nation's ignorance" with emotional weight, and through the eyes of one of the bomber's trials. Learn more about the tragic event that spurred significant action in the Civil Rights Movement.

Up-and-coming tech wunderkind Elizabeth Holmes seemingly had it all. As one of a very few female founders, she was a darling of Silicon Valley. The company she founded at just 19 years old, Theranos, promised a revolutionary blood test method that seemed almost too-good-to-be-true — because it was. "The Inventor," directed by Alex Gibney, unpacks the epic tale of how the black turtleneck-wearing, fake baritone-voiced CEO managed to fool all of Silicon Valley.

"Leaving Neverland" focuses on Wade Robson and James Safechuck, two child stars who allege they were sexually abused as children by the late singer Michael Jackson. Through personal stories, described in such graphic detail as to warrant a warning for viewers, the documentary resulted in renewed attention on previous accusations against Jackson and led some to reassess his legacy once again. However, some dismissed the film as one-sided and questioned whether it was ethical to assassinate the character of the deceased star. For others, it posed the question: can you respect the music and not the man? It's not an easy watch, but it's a must-see to decide for yourself.