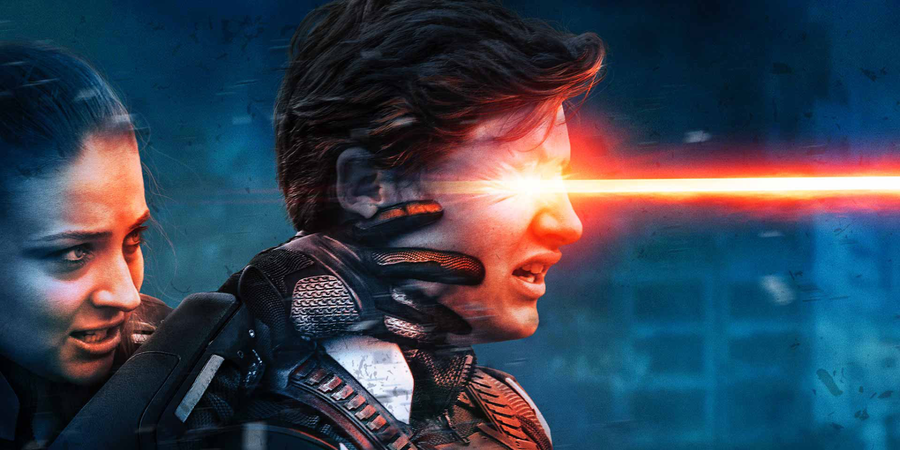 While there's been no official word on whether there will be a third Deadpool movie or if we'll pick up the next chapter of the Wade Wilson story in the already announced X-Force film, we definitely haven't seen the last of the "Merc with the Mouth."

Deadpool's unique blend of humor and violence sets him apart from most mainstream superhero fare. It also makes him an exciting partner to pair with other characters in the X-Men universe.

With such a deep roster of characters available from decades of X-Men comic books, there's no shortage of options. However, not every character can stand toe-to-toe with Deadpool. A sense of humor doesn't hurt, but, more importantly, they've got to be a character that can excel in 'Pool's R-rated universe.

We've rounded up some of our favorite characters that have yet to debut in the X-Men films but would be great co-stars the next time Deadpool cuts up the big screen.

When it comes to more adult-oriented X-Men, the first that comes to mind has to be Stacy X. This mutant sex worker has the power to manipulate pheromones, which can be used to heal, provide sensations and, yes, even seduce anyone she touches. It's the kind of superpower made for an R-rated film, and her scaly skin might make her an interesting romantic partner for the heavily scarred Deadpool.

Created during writer Grant Morrison's legendary New X-Men run, Fantomex has one very important tie to Deadpool: They're both products of the Weapon X program. Fantomex has just the right swarthy attitude to fight beside Deadpool and look great doing it. A skilled fighter and marksman, Fantomex also has the power to create illusions, which he calls "misdirections." Whether or not the film chooses to include the fact he has three brains and an external nervous system, is up to them. (Comic books are wild.)

Regardless when she makes her big screen debut, keep an eye out for Bling! As a teenage, bisexual woman of color, getting Bling! on screen would be a huge step for super-powered representation. That aside, she's essentially a human diamond with the ability to fire shards at her enemies. (And imagine all the jokes Deadpool would make about the exclamation point in her codename.)

Speaking of a codename Deadpool could have a field day skewering: Meet Goldballs. A recent addition to the X-Men (first appearing in 2012), Fabio "Goldballs" Medina has the ability to fire – you guessed it – gold balls from his body. Like Wolverine's iconic "SNIKT" when unleashing his claws, the projectiles even have their own sound effect in the comics: "POINK."

It's hard to imagine an X-Force movie without this explosive mutant. A long-time member of the team, Tabitha Smith has the power (creating plasma bombs at will) and moral ambiguity (she's a former thief) to fit into a team with Deadpool.

One of the oddest X-men in recent creation (yes, including Goldballs), this young man's mutation covers his whole body in eyeballs. That alone is something I want to see on screen. On top of that, his extra eyes make him an expert shot and gives him the ability to see electrical waves, spot weaknesses and see through illusions.

Every superteam needs a super brain, and there are few smarter superheroes than Doctor Nemesis. His mutant ability is "self-evolved intellect" which gives him scientific, technological and fighting skills. Lots of heroes have blemishes on their resumes, but few have bounced back from a checkered past more than Doctor Nemesis. After helping create the original android Human Torch and a second android, Volton, Nemesis worked for the Third Reich. His team, Battle-Axis (oof), didn't agree with the Nazis politics or tactics, he eventually would repent and hunt Nazis in Argentina. Now, he's an arrogant, acid-tongued genius fighting crime in a white suit and fedora.

Also known as "Kid Omega," it's understandable if you thought this young mutant already appeared in X-Men: The Last Stand back in 2006. According to the film's commentary, Ken Leung's character was incorrectly credited as Kid Omega though he was meant to be portraying Quill. The real Kid Omega/Quentin Quire is an Omega-level telepath with high intelligence and rebellious spirit. (He once led a riot at the Xavier Institute.) Plus, he's got the power to conjure up a psionic shotgun, which would be a pretty badass thing to see on screen.