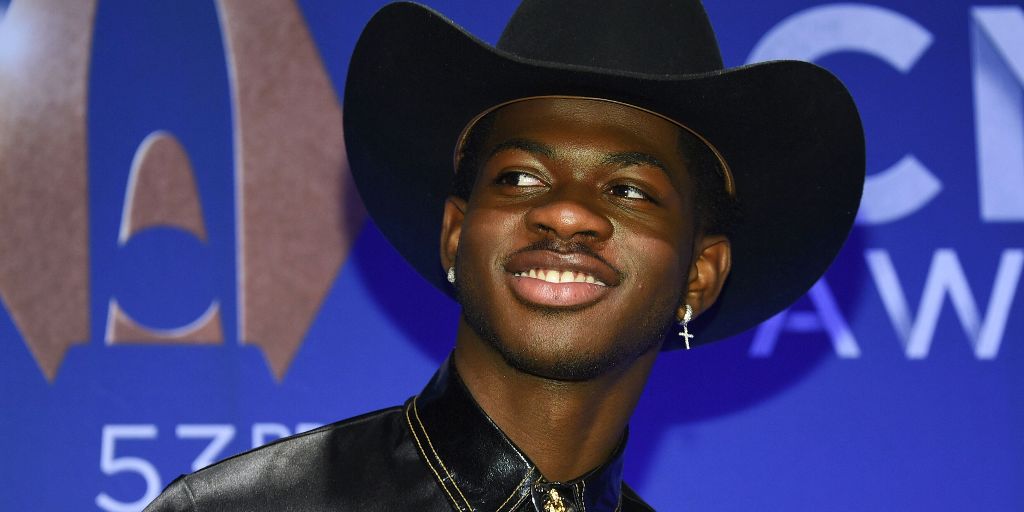 The rapper’s chart-topping remix ― a collaboration with country’s Billy Ray Cyrus ― won for Musical Event of the Year at Wednesday’s ceremony. The track beat out Garth Brooks’ “Dive Bar” featuring Blake Shelton and Maren Morris’ “All My Favorite People” featuring the Brothers Osborne, among others.

The award, which recognizes one-time country collaborations, has gone to duos like Keith Urban and Miranda Lambert in previous years. It was yet another history-making achievement for Lil Nas X, who is now the first openly gay black artist to win at the CMA Awards.

In 2014, country singers Shane McAnally and Brandy Clark, both of whom are gay, shared the Song of the Year Award with Kacey Musgraves for “Follow Your Arrow.”

Upon learning he and Cyrus were winners on “Good Morning America” Wednesday ahead of the evening ceremony, Lil Nas X tweeted:

Speaking to USA Today at the ceremony later that day, Lil Nas X said he was “so happy this song was accepted because it is the bridging of two polar opposite genres,” meaning country and hip-hop.

“I’m happy it’s gotten respect from both places,” he added.

Since its April release, the “Old Town Road” remix has set a new precedent for LGBTQ artists in mainstream music. In July, the song became the longest-running No. 1 single in U.S. history, topping the Billboard charts for 17 weeks.

Last month, the song became the fastest in history to be certified diamond by the Recording Industry Association of America, having reached sales (and equivalent streams) of 10 million units.

The broader significance of the song’s success isn’t lost on Lil Nas X. He told the BBC in July he was proud to be “opening the doors” for more diversity in country and hip-hop music, where identifying as LGBTQ is still “not really accepted.”

This article was written by Curtis M. Wong from Huffington Post and was legally licensed through the NewsCred publisher network. Please direct all licensing questions to legal@newscred.com.