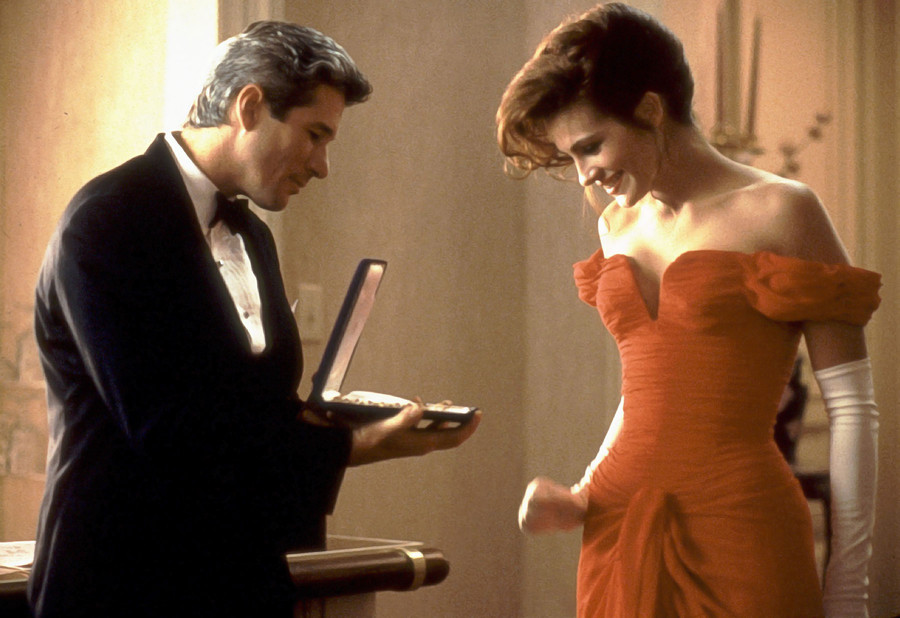 Valentine's Day is around the corner. If you're a fan of throwbacks, these are some of the best '90s romantic comedy movies to watch this Valentine's Day.

Considered to be one of the most quotable teen movies of its time, Clueless is a must-watch this Valentine's Day. Stream Clueless on YouTube, Google Play, Vudu, Amazon Prime, and iTunes.

'Father of the Bride'

Father of the Bride is Kimberly Williams' debut film. She starred alongside Diane Keaton and Steve Martin in this remake of the 1950 film of the same name. Martin plays George Banks, the father of Williams' character Annie. When he finds out she wants to get married, George grapples with the idea of giving away his daughter and does everything in his power to avoid doing so.

My Best Friend's Wedding stars Julia Roberts, Dermot Mulroney, Cameron Diaz, and Rupert Everett. The film is about two friends who made a deal to marry each other, should they both be single at 28-years-old. When Julianne Potter (Roberts) learns of Michael O'Neal's (Mulroney) impending wedding, she pulls out all the stops in an attempt to stop it. After several unfortunate situations ensue, the two learn a lot about the people they've become.

Starring The Undoing's Hugh Grant and America's '90s sweetheart Roberts, Notting Hill is a quintessential romantic comedy. The movie tells the story of an ordinary bookstore owner (Grant) and a glamorous movie star (Roberts), two people from vastly different worlds, who will stop at nothing to reconcile their differences in the name of love.

It's love at first byte in this Tom Hanks and Meg Ryan love story. Another film surrounding books, You've Got Mail tells the story of an independent bookshop owner (Ryan) and her rival book superstore magnate (Hanks). In an ironic twist of fate, the two fall in love thanks to the anonymity of the internet.

Adam Sandler's 1998 movie The Wedding Singer is another great watch for Valentine's Day. Sandler plays a wedding singer alongside Drew Barrymore, who plays a waitress. In a tale as old as time, the two start out engaged to entirely different people but slowly realize they're meant for each other. There's even a guest appearance from the one and only Billy Idol.

'While You Were Sleeping'

Miss Congeniality's Sandra Bullock, The Sinner's Bill Pullman, and The O.C.'s Peter Gallagher star in While You Were Sleeping, the story of "love at second sight." A lonely train-fare collector (Bullock) gets caught up in a whirlwind of lies after saving a handsome commuter (Gallagher).

Find out why the movie is called While You Were Sleeping this Valentine's Day and stream it on Disney+, iTunes, YouTube, Google Play, Vudu, and Amazon Prime.

A modern take on William Shakespeare's The Taming of the Shrew, 10 Things I Hate About You is another quintessential '90s rom-com starring the late Heath Ledger, Julia Stiles, and Joseph Gordon-Levitt. When the brash Kat (Stiles) is coerced into dating so her younger sister (Larisa Oleynik) can see her boyfriend (Gordon-Levitt), she gets caught in bad-boy Patrick Verona's (Ledger) web.

10 Things I Hate About You is available to stream on Disney+, iTunes, YouTube, Google Play, Vudu, and Amazon Prime.

This article was written by Lauren Anderson from The Cheat Sheet and was legally licensed through the Industry Dive publisher network. Please direct all licensing questions to legal@industrydive.com.