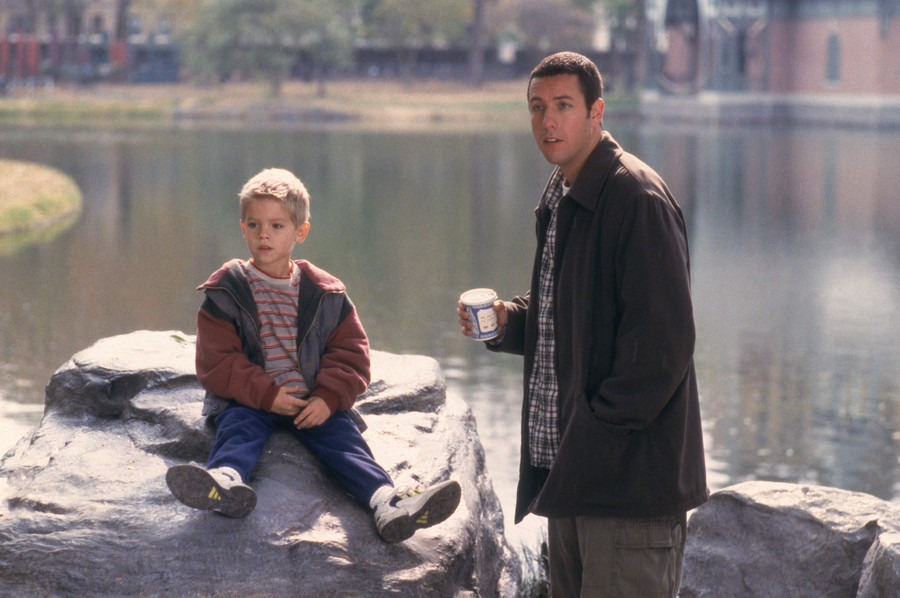 There is no shortage of exceptional fathers depicted in Hollywood films: Mufasa ("The Lion King"), Chris Gardner ("The Pursuit of Happyness"), Gil Buckman ("Parenthood"), Marlin ("Finding Nemo"), and Mac MacGuff ("Juno") are just a few of the characters who truly exemplify the "protect-and-provide" tropes of fatherhood.

But today, we’d like to give a special shoutout to the unconventional fathers and father figures, whose methods may be questionable, messy, and sometimes downright dangerous (we’re looking at you, Léon), but ultimately share the same goals: do the best they can in the best way that they can… and maybe teach them some cool stuff along the way.

We begin with the most wholesome example. This 1993 film finds the recently divorced Hillard (Robin Williams) so desperate to spend more time with his three children, Lydia (Lisa Jakub), Chris (Matthew Lawrence), and Natalie (Mara Wilson), that he creates an elaborate, prosthetic persona as an older woman — the titular Mrs. Euphegenia Doubtfire — to get hired as their nanny.

Predictably, his Mrs. Doubtfire is eventually exposed, and the rouse blows up in his face. While we never condone lying, he only did so in order to not miss out on any major events in his children's lives, and that, to us, makes him a stand-up father.

When Julian (Cole and Dylan Sprouse), later known as "Frankenstein," arrives on Sonny’s (Adam Sandler) doorstep, Sonny does what any immature, irresponsible and not-at-all-versed-in-the-art-of-raising-children human faced with that situation would do: pretend he’s the kid’s father, aka his best friend Kevin Gerrity (Jon Stewart), and assume all responsibility for him.

But despite using Julian to pick up women, taking him to bars, and teaching him how to throw sticks to trip up roller skaters and pee on buildings, he also teaches him important life skills, inspires him to enroll in school, and ultimately, when everything hits the fan, utters this line, “I would die for this kid just so he wouldn't have to feel one ounce of sadness." Heartwarming.

You might think we’re crazy for this one, but Léon (Jean Reno) might actually be the shining example of unconventional father figures. When Mathilda’s (Natalie Portman in her film debut) entire family is murdered, she is reluctantly taken in by her neighbor Léon, who also just so happens to be a professional hitman. After learning what Léon does, Mathilda begs him to teach her his “trade” so that she can avenge her younger brother’s death.

The relationship that forms between them — he trains her in various weaponry and “cleaning,” while she keeps the home and teaches him to read — is most unusual and unconventional, but also moving, and more than satisfies the criteria of fatherhood, especially as it climaxes in a most father-like sacrifice.

Michael Chapman (Michael J. Fox) used to be a child star, but, when his career fizzled, he switched gears and became an agent. But after an encounter with cunning young pickpocket Angie Vega (Christina Vidal), Chapman goes a little too far in his attempt to capitalize on this next-generation “child star.” However, despite his misguided over-eagerness, he also provides Angie with a way to repurpose her skills for good and a place to stay while simultaneously helping her through issues at home and with her family.

While wildly different movies, like Chapman, John Ritter’s Ben Healy goes above and beyond the conventional methods (and patience, understanding, and acceptance) to help a kid out of a bad situation. Junior (Michael Oliver) is a “problem child,” ultimately inciting the end of his adoptive father Ben Healy’s marriage to Flo and nearly imploding his subsequent relationship with Annie in the sequel (both played by Amy Yasbeck).

Junior also steals Ben’s car and drives it through his grandfather’s (Jack Warden) store, wrecks a carnival, schemes with an inmate and so much more. And while we don’t recommend putting up with or excusing this type of behavior in your child, Ben continued to do so because of his unwavering determination to be the first person to love Junior unconditionally and not let him down.

Played by both Walter Matthau and Billy Bob Thornton, Morris Buttermaker is an alcoholic, former minor league baseball player, who takes on a team of misfits. His initial coaching methods are undoubtedly suspect, maybe a little cruel, and exactly what he was hired not to do for this team who already endured so much. But as time goes on, the ragtag group has an effect on him, and he on them, culminating in a final showdown that proves Buttermaker worthy of this category and classification.