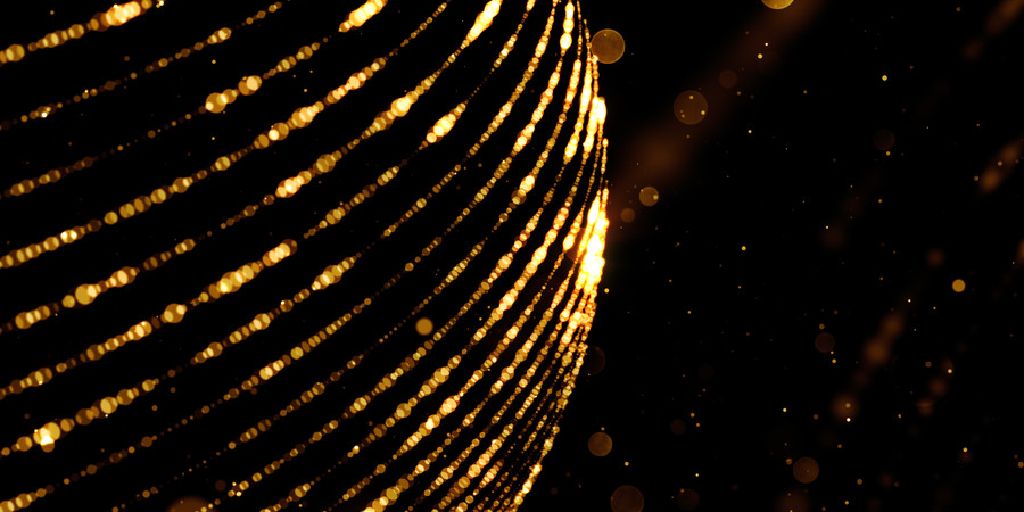 A Closer Look at the 2019 Golden Globe TV Nominations

After months of speculation the 2019 Golden Globe nominations are finally here and with them an interesting and extremely limited look at the year in television. As expected, shows like Chernobyl, Fleabag, The Crown, The Morning Show, Unbelievable, and Succession were incredibly popular with the Hollywood Foreign Press. There weren't a lot of glaring omissions this year, with the painful exception of When They See Us.

The full list of 2019 TV nominees can be found here as well as reactions from the nominated stars and producers.

How well did Apple TV+ do?

Heading into nomination morning the big question on everyone's mind was how voters would receive the new streaming networks. After a rocky launch Apple TV+ needed a strong showing at the Globes to establish itself as a service to take seriously. So how did it do?

As predicted, The Morning Show was one of the most-nominated dramas of the year with recognition for series and two lead actress nominations for Jennifer Aniston and Reese Witherspoon. In the end that's all the new network got. Steve Carell missed out on a supporting actor nomination and shows like Dickinson, See, and Truth Be Told were all shut out of the Globes. In the end it was a soft but positive reaction, but one that doesn't guarantee it as any real Emmy contender.

While everyone has been talking about the beginning of the streaming wars, the Golden Globes did something even more surprising. For the first time in the history of the HFPA the broadcast networks were completely shut out. Not a single new fall premiere made it into the mix from The Unicorn to Perfect Harmony and established favorites like The Good Place and This Is Us were even cut. It's already been a disastrous fall for the five networks and this makes it even worse.

The other major narrative coming out of this year's nominees was the uncomfortably white list of nominees. Only three actors of color were nominated this year (Billy Porter, Rami Malek, and Ramy Youssef), while women of color were completely shut out. The list of actors that were in the conversation but left out included Zendaya, Jharrel Jerome, Regina King, Mahershala Ali, Sandra Oh, Forest Whitaker, Jason Momoa, John Leguizamo, Kerry Washington, and Don Cheadle.

On top of that the HFPA completely shut out one of the most acclaimed limited series of the year, When They See Us. The Ava DuVernay project about the Exonerated Five was a major global success for Netflix but for whatever reason voters chose to ignore the critically acclaimed series in favor of an all-white limited-series lineup.

The most surprising aspect of this year's drama series lineup is just how predictable the crop of shows was. With four nominations, The Crown is the most-nominated drama of the year. Succession, Big Little Lies, and The Morning Show all had strong showings with three nominations each. The HFPA has always had a muted reaction to Game of Thrones, and this year was no exception. The final season of the groundbreaking epic was left out of the series lineup and all of the obvious acting contenders were forgotten. Instead the show's eighth and final nomination was a complete head-scratcher, a lead actor nod for Kit Harington.

Rami Malek was also nominated one last time for his Emmy-winning performance in Mr. Robot. His awards-season sweep began last year at the Golden Globes, so it only makes sense that voters bring him back, especially in such a weak category. He still hasn't won a Golden Globe for his work in Mr. Robot (losing to both Jon Hamm and Billy Bob Thornton) so there's a chance that he might be able to pull off a win in such a wide open category.

Instead the surprises came more with what wasn't nominated. Zendaya wasn't nominated in the lead-actress race for her critically acclaimed performance on HBO's Euphoria; a role that immediately distanced herself from her Disney past. Zendaya's being left out of the race might have just been a matter of an insanely crowded lead-actress field or it might have to do with the fact that voters were hesitant to nominate teen-centric programs, whether that be Euphoria or Dickinson.

The snub that had fans the angriest this year was by far the complete shutout of HBO's Watchmen. The new drama from Damon Lindelof has become the most talked-about new fall show and is certain to be on plenty of top-10 lists later this month. It never seemed like a real Globes contender, both because of its superhero source material and the fact that voters have never warmed up to Lindelof.

The question does need to be raised on why the HFPA is so resistant to genre shows like Watchmen while at the same time fully embracing comic-book films like Joker and Black Panther. Watchmen has proven itself to be one of the best new shows of the year and one of the only ones to keep audiences engaged week after week. Its shutout only exposes a continuing race problem that seems to plague the Hollywood Foreign Press, a group one would expect to be more welcoming to diverse voices.

With few new major fall releases, this year's comedy lineup was a mixture of past Globes nominees and Emmy winners. As expected the second season of Fleabag was one of the most-nominated comedies of the year with recognition for series, actress and even supporting actor. Both Barry and The Kominsky Method ended up with the three exact nominations they earned last year; series, actor, and supporting actor.

The Marvelous Mrs. Maisel was nominated for a third consecutive year, as was star Rachel Brosnahan. For the first time the awards darling didn't pick up any supporting nominations, which might be a sign that voters are getting a little bored.

Netflix overperformed in the comedy categories representing nearly half of the 15 nominees as well as one more comedy performance in the supporting actor race. On top of their love for The Kominsky Method and The Politician, voters singled out performances from Paul Rudd, Natasha Lyonne, and Christina Applegate. In fact for the first time Netflix was represented in every single television category and earned 17 nominations overall.

By far the most welcome surprise was the nomination for Ramy Youssef. His self-titled auteur-driven comedy is one of the most underrated new comedies of the year and after being snubbed at the Emmys the show definitely needed a boost from the Globes. Last year the Globes pushed The Good Place into the awards conversation by nominating it for series and lead actress. This year as the afterlife comedy is in the middle of its final season the HFPA has completely changed its mind and shut out the show. The final season has had a rough start, and with the lack of Golden Globe and WGA nominations it might be a warning that the Emmys are next.

With four nominations Chernobyl is one of the most popular shows of the year among HFPA voters. Along with a nomination for limited series Jared Harris, Emily Watson, and Stellan Skarsgard were all nominated. Voters also fully embraced Fosse/Verdon nominating the Hollywood biopic for series, actor, and actress.

The breakout success of this year's limited series nominations was just how strongly voters loved Netflix's Unbelievable. The drama about how our criminal justice system fails sexual-assault survivors was one of the most talked-about shows of the fall, and HFPA voters liked it so much that they found room for all three leads: Kaitlyn Dever, Merritt Wever, and Toni Collette. Now it's safe to say Unbelievable is the early frontrunner heading into Emmy season.

As nominations were announced the major omission that had everyone talking was the complete shutout of Ava DuVernay's When They See Us. Early on we questioned whether or not the true story of the Exonerated Five was the type of story that the Hollywood Foreign Press usually goes for, but we at least expected them to nominate the limited series and its breakout Emmy-winning star Jharrel Jerome. Instead voters completely ignored one of the best shows of the year, adding to the narrative that the HFPA has a major racial blindspot that shouldn't be ignored.

Other than that glaring snub, most of the limited-series nominees were expected. Showtime's The Loudest Voice and Russell Crowe were nominated. Sacha Baron Cohen was the sole nomination for Netflix's The Spy. After pulling off a surprise win at the Emmys, Patricia Arquette was nominated for The Act along with her co-star Joey King. Helen Mirren was nominated for her 16th Golden Globe for the little-seen Catherine the Great.

Hulu's adaptation of Catch-22 was nominated, as was its star Christopher Abbot, a very on-brand Golden Globes surprise we should have seen coming. The adaptation of the classic novel may have gotten lost in the busy spring TV season but the show is a perfect fit at the Globes. They love war dramas and prestige literary dramas, and it's produced by George Clooney.

2019 was also the year that multiple beloved series returned in the form of TV movies. In the end voters completely ignored Deadwood, El Camino, and Transparent: The Musicale Finale, even though they awarded all three shows with program awards in their original runs.

This article was written by Jalal Haddad from Awards Daily and was legally licensed through the NewsCred publisher network. Please direct all licensing questions to legal@newscred.com.