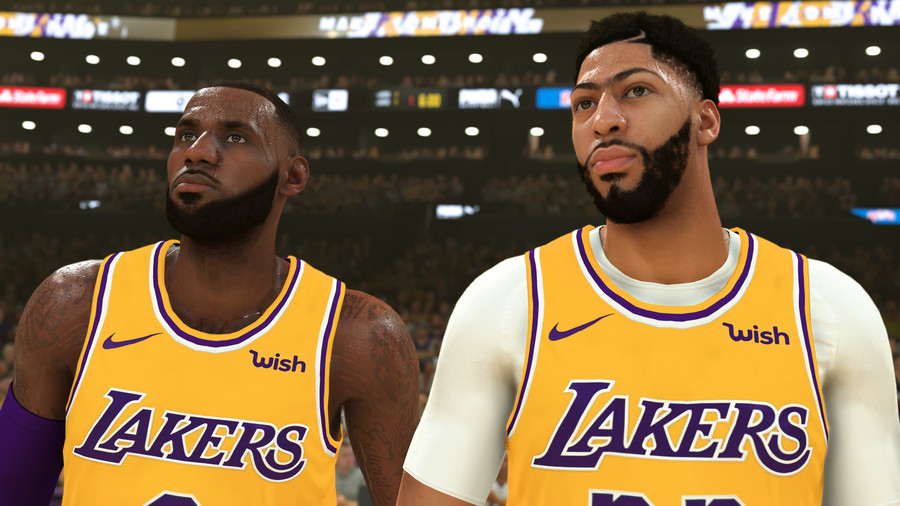 Despite being the NBA 2K League’s most winningest team, Blazer5 Gaming had a problem: They couldn’t seem to translate regular-season success into the NBA 2K League Playoffs. Unlike other teams, Blazer5 Gaming had no head coach to oversee player development, pre-game or in-game strategy, and so, the squad found itself having to balance both coaching and player duties.

Clearly, the added duties were proving to be a major handicap in the team’s postseason success and were keeping the organization from snagging an NBA 2K League Championship. To remedy this, Blazer5 Gaming recently announced the hire of Head Coach Andrew Maxie, who they hope will get them over the championship hump.

But what exactly does an NBA 2K League (aka NBA2KL or 2K League) head coach do? And what makes Andrew Maxie such a great fit for Blazer5 Gaming’s winning culture?

First, a little history on NBA2KL.

As the first official esports league operated by a professional sports league in the United States, the NBA 2K League is becoming a global brand and enterprise. In just two years, NBA 2K League has racked up 356 million video views across its Facebook, Twitter, Instagram, Twitch, and YouTube channels. It also boasts partners in industry leaders like AT&T, Snickers, and Champion, and is set to award $1.4 million in prize money during its upcoming 2020 season.

As described by NBA 2K League Managing Director Brendan Donohue, NBA2KL is “becoming a truly global league with fans, franchises, and players from all over the world.”

A global league needs globally-minded coaches, and Andrew Maxie is just that. After an All-American college career, he played pro ball in places like Australia, Canada, Ireland, Italy, Macedonia, and Mexico. And Maxie believes that his experience overseas will give him a leg up on the other NBA 2K League coaches.

“My approach to coaching this team will differ from most just due to my past experiences alone,” said Maxie.

“As a professional basketball player overseas, I’ve been afforded the opportunity to learn a lot. I grew up aspiring to be a Hall of Fame basketball coach, so while playing, I always paid attention to what worked and what didn’t. I recognized what made certain coaches successful year after year with interchangeable talent.”

Much like the NBA, NBA2KL coaches are part of a larger fraternity and have embraced Maxie with open arms, reaching out to him through social media to congratulate him on the job, and have wished him the best in his career.

Similarly, the Blazer5 Gaming squad have taken to him quickly, and have been “very welcoming” throughout the onboarding process.

“The team and organization made me feel at home right away. The team’s personalities mesh well with mine, and we all share the same goal,” said Maxie.

That goal? To win a 2K League Championship.

A day in the life of Blazer5 Gaming’s Head Coach

Like other global leagues, every NBA2KL team is composed of a GM, a collection of players, and a head coach whose responsibilities include leading the day-to-day development of players, strategy and preparation for upcoming games, and talent scouting for things like the NBA 2K League Draft. As Maxie explained, “the teams that consistently scout well often find themselves at the top of the playoff picture.”

Maxie understands that his “team has accomplished a lot without a coach already.” For one, Blazer5 Gaming features the past two league MVPs in Mama Im Dat Man and OneWildWalnut. But the competition in the league continues to grow and expand, with the league’s first international team, the Tigers of Shanghai, joining this 2020 season. There are now 22 other teams that Blazer5 Gaming must contend with, and Maxie understands that succeeding against them will require a full-season battle plan.

“Winning championships is not just about the game itself, but the months leading up to it,” explained Maxie.

As Blazer5 Gaming Head Coach, Maxie has been using the off-season to prep his team for the long haul, having focused on building team chemistry with the players in-market first. Currently, he’s also working with the Blazer5 players to improve their mental strength, as well as bolstering their defensive schemes and rotations and offensive playbook.

Once the season begins, “we’ll add game plans and scouting reports to the mix as well,” Maxie added.

As a self-described film head, he’ll make sure Blazer5 Gaming is over-prepared for every skirmish, both from a schemes standpoint but mentally as well. Luckily, as Maxie put it, the Blazer5 Gaming squad is made up of a bunch of “great, hardworking group of guys from top to bottom.”

But to ensure they don’t underachieve in Season 3, Blazer5 Gaming will also need to rely on Maxie’s leadership and motivation in-game—two qualities he gained during his playing days. Although he won’t be able to take up a controller himself, Maxie can help his team the most by sticking to his role and responsibilities, ensuring that OneWildWalnut, Mama Im Dat Man, and company can focus solely on their gameplay, freeing up their game in the process. Considering their level of play pre-Maxie, the league should be rightfully concerned.

As Maxie put it, “now that the weight of coaching duties has been lifted, we’re only going to get scarier.”