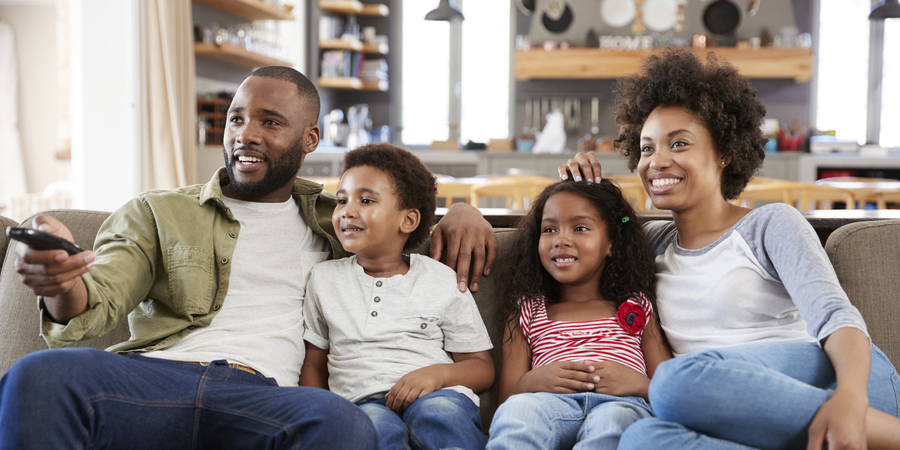 A Guide to 2018’s Family-friendly Movies and TV Premieres

In between summer vacations and kids at overnight camp, families are often looking for things to do together in the summertime — and what better way to beat the heat than to sit in a dark, air-conditioned theater for a couple hours?

With that in mind, DIRECTV has compiled a list of family-friendly fare for your viewing pleasure. Along with recommendations for the silver screen, we've added some TV shows — for when you want to stay home and relax. We have also included an age-appropriate range, so everyone enjoys their time and no child is accidentally traumatized by an intense film (...thanks for Return to Oz, mom).

Won't You Be My Neighbor, June 8

Fred Rogers of Mister Rogers' Neighborhood passed away 15 years ago, but kids can discover (and adults can rediscover) his kindness and creativity in this new documentary about his life and television show. The documentary has received nearly universal acclaim from critics; Sarah Larson of The New Yorker calls it "unexpectedly powerful".

Fans of the original Incredibles movie have long awaited a sequel, which is shaping up to be well worth the wait. Incredibles 2 picks up shortly after the first film left off, with most of the original voice actors returning. Critics nationwide have given it a big thumbs up.

Watch The Incredibles on DIRECTV

Chris Pratt and Bryce Dallas Howard return in this sequel to the 2015 blockbuster Jurassic World, which follows in the T-Rex-sized footsteps of Steven Spielberg's 1993 original, Jurassic Park. In this new film, a volcano threatens the dinosaurs that have been abandoned on Isla Nublar, and former park manager Claire (Howard) is on a mission to save them. Meanwhile, the Mosasaurus has escaped into the ocean. Jeff Goldblum returns as Dr. Ian Malcolm — for me, that's reason enough to go see this adventure flick!

Watch the other Jurassic Park films on DIRECTV

If you're staying in on Monday nights, tune into this new-again old favorite as Double Dare returns to Nickelodeon. Hosted by Liza Koshy (but featuring appearances by original host Marc Summers as well), this kids game show should be a lot of fun with some modern updates.

Age range: Teens and up

Ant-Man and the Wasp, July 6

There are so many great superheroes in the Marvel Cinematic Universe, but Paul Rudd stands out as the teeny Ant-Man. After stealing our tiny hearts in the original film, he's back with a partner for the sequel: Evangeline Lilly of Lost fame is joining him as the Wasp. With supporting roles for Walton Goggins, Bobby Cannavale, Judy Greer, T.I. Harris, Randall Park, Michelle Pfeiffer, Laurence Fishburne and Michael Douglas, this is sure to "bee" quite a movie.

Dracula (voiced by Adam Sandler) returns with his quirky family in this third franchise installment. In Summer Vacation, Mavis (voiced by Selena Gomez) takes everyone on a summer cruise for monsters and shenanigans ensue.

Watch the other Hotel Transylvania movies on DIRECTV

This animated comedy, based on the TV series of the same name, takes a meta approach to summer blockbusters by having the Teen Titans find out that nearly every DC Universe superhero has their own film. Now the Teen Titans want their shot, but they must find a nemesis in order to be taken seriously by Hollywood.

Adults, think Hook for Winnie the Pooh. A grown-up Christopher Robin (Ewan McGregor) is reunited with Winnie the Pooh, who needs Christopher's help to find his lost friends in the Hundred Acre Wood. But of course, along the way, Christopher rediscovers his child-like wonder and joy.

Watch Winnie the Pooh on DIRECTV

In another remake of the 1976 Jodie Foster film, Disney star Dozi Zuehlsdorff plays the put-upon daughter who finds herself body-swapped with her mother (Heidi Blickenstaff, reprising the role from the stage adaptation). Both learn valuable lessons about how tough it is being the other, with plenty of wacky hijinks along the way.

This sci-fi thriller stars Alex Neustaedter as Miles Hill, a teenage boy who befriends a military robot that has a combination of cutting-edge technology and the heart of a dog. The two must work together to avoid being captured by the military and its team of scientists.