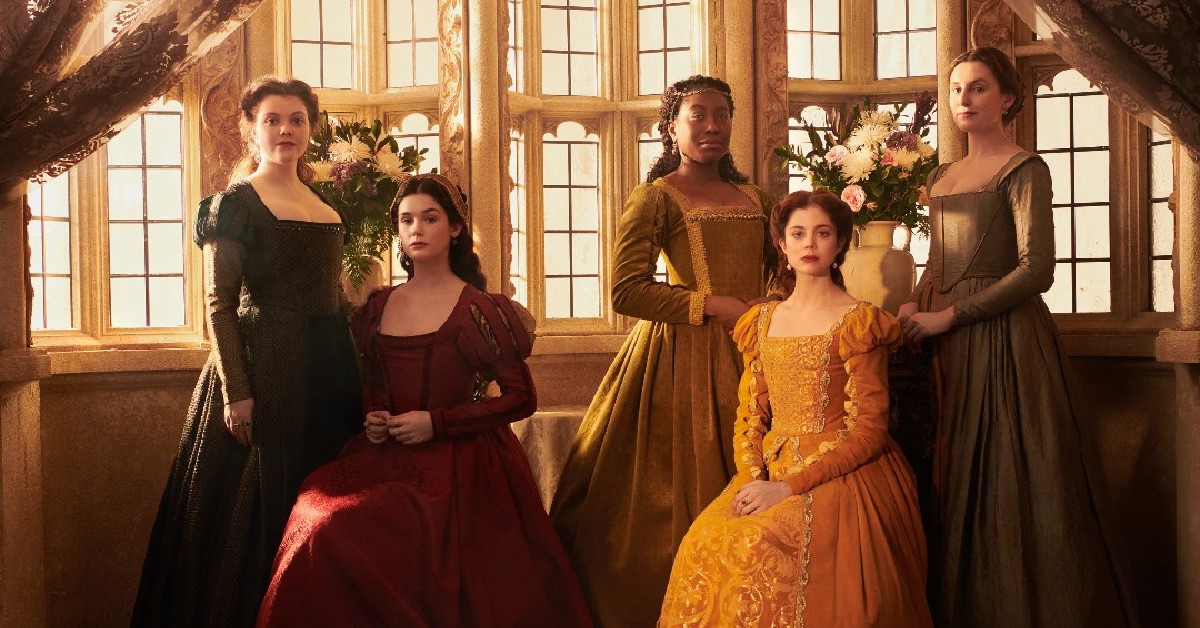 In recent years, STARZ has produced three shows that take place during the height of England's Wars of the Roses and that continue into the Tudor period. The series started with "The White Queen," followed by "The White Princess," and the first season of "The Spanish Princess."

The shows are full of royal intrigue, coups, backstabbing, affairs, and ruthless machinations, and the best part is, it's all based on real history, which makes the narratives that much more entertaining. There's a reason TV and filmmakers keep coming back to this time period for shows and movies — the real-life events are more fantastical than anything a fiction writer could invent, and the plot points get juicier with every passing series.

If you've always wanted to jump in on these STARZ period pieces, here is a guide to the world of the Tudors and don't forget to tune into "The Spanish Princess" Sundays @ 8 PM ET.

***Spoilers for The White Queen, The White Princess, and season one of The Spanish Princess follow***

Begin with "The White Queen"

However, the Lord Protector seizes the throne for himself just a few months later, crowning himself King Richard III. Helping orchestrate all of this is Richard's wife, Anne Neville, who becomes queen when he takes the throne. Other villains include Henry Tudor, who eventually became King Henry VII. and his mother, Margaret Beaufort, also known as the "Red Queen," pulling strings behind the scenes to get her son on the throne.

"The White Queen" was an incredible start to the series about Tudor England and sets the stage for the series to follow. Richard III was a famously villainous figure, and he and Anne Neville make quite the pair of foils for the "White Queen," especially when they conspire to have her two young sons murdered. In real life, young Edward V and his younger brother (also named Richard) were imprisoned in the Tower of London — earning the nickname of the "Princes in the Tower" — and were never seen again. Historians generally believe that Richard III had them killed, though "The White Princess" posits another theory that is quite juicy.

Anyway, the young King Henry VII (Michael Marcus) earns his place as a hero by taking Richard out at the Battle of Bosworth Field. The next entry in the Tudor series, "The White Princess", is set up nicely when Henry VII marries King Edward IV's daughter, Elizabeth of York (Freya Mavor), uniting the Houses of Lancaster and York and ending the Wars of the Roses.

Continue the Story with "The White Princess"

The next entry in the series follows Elizabeth "Lizzie" of York (Jodie Comer) and Henry VII (Jacob Collins-Levy) as they navigate an arranged, loveless marriage while being forced to present a united front to fend off threats from all sides. Two of the biggest hurdles to their happiness are their own mothers — Lizzie's mother Elizabeth Woodville (Essie Davis) and Henry's mother Margaret Beaufort (Michelle Fairley) are constantly at odds, with Woodville plotting against the Tudor family to return British control to the House of York.

However, as time goes on, Lizzie and Henry grow fond of one another, and they begin to work together to form an alliance with Spain. The one sticking point is that Lizzie's aunt, Margaret of Burgundy (Joanne Whalley), is rallying support for a man saying he is King Edward IV's youngest son, a long-disappeared heir apparent. Lizzie and Elizabeth Woodville are convinced he is their long-lost brother and son, but Lizzie realizes that in order to protect her sons, she must have him executed, after which she and Henry VII are able to betroth their eldest son to the "Spanish Princess."

At its heart, "The White Princess" is a love story — albeit an unusual one. The contempt between Lizzie and Henry is front and center at the onset of the series, and it's fascinating to watch how they come to care for one another. Comer, a future Emmy winner for "Killing Eve," is particularly strong in this piece as a woman torn between family, duty, and love.

Catch Up with "The Spanish Princess"

The third series might be the most exciting yet, as it starts at the beginning of a very famous period in British history — that of King VIII and his six wives. In this series, Catherine of Aragon (Charlotte Hope) is the titular "Spanish Princess" and Henry's first wife. The daughter of King Ferdinand and Queen Isabella (Alicia Borrachero) of Spain has been betrothed to the eldest son of King Henry VII (Elliot Cowan) and Elizabeth of York (Alexandra Moen), but Catherine finds out on her wedding day that the man she has been in a romantic correspondence with is, in fact, Arthur's younger brother, Harry (Ruairi O'Connor), pretending to be her betrothed.

When Arthur suddenly falls ill and dies, followed shortly by the death of his mother, Catherine finds herself stuck between wanting to marry the Harry she knows and the machinations of his father, King Henry VII, who announces that he will wed Catherine himself. However, when Henry VII dies, Harry assumes the throne and becomes known as King Henry VIII, while Catherine of Aragon becomes the ill-fated queen.

Stories about Henry VIII and his wives are often told from the King's point of view, and it's a refreshing change of pace for the narrative of "The Spanish Princess" to center the perspective of one of the only women who survived being married to him. The second season promises to get into some of the dangerous intrigue that led to Catherine and Henry's famous divorce. Look out for Henry's second wife, Anne Boleyn (the subject of many other fictionalized Tudor accounts) to make an appearance.

The Novels That Started It All

The reign of the Tudors had a lot going on that made it a fascinating time in history — coups, executions, affairs, and intrigue.  STARZ does an excellent job bringing this time period to life, but if you want even more medieval dirty laundry, you're best served by going right to the (fictional) source on which the shows are based.

British historical fiction writer Philippa Gregory wrote the basis for much of the Tudor-centric media viewers have come to love, compiling her many works into an extensive series called "The Plantagenet and Tudor novels". While there has been some criticism of Gregory's use of creative license, the gist of the stories are accurate and the novels serve as supplemental reading for fan of the STARZ series.

Critical Acclaim for the Tudors

The San Francisco Chronicle called "The White Queen" an "entertaining romp through a complicated and fascinating period of English history," while Entertainment Weekly said "The White Princess" "grounds itself in the journey of its titular heroine with a sharp understanding of a new queen's difficult, often precarious position."

As for "The Spanish Princess,"  the Los Angeles Times praised the first season as "an elegant and powerful tribute to a queen who's all too often been defined by the gluttony of her husband but whose influence changed the very fabric of England."

Season two of "The Spanish Princess" airs Sundays, at 8 p.m. ET/PT on STARZ.