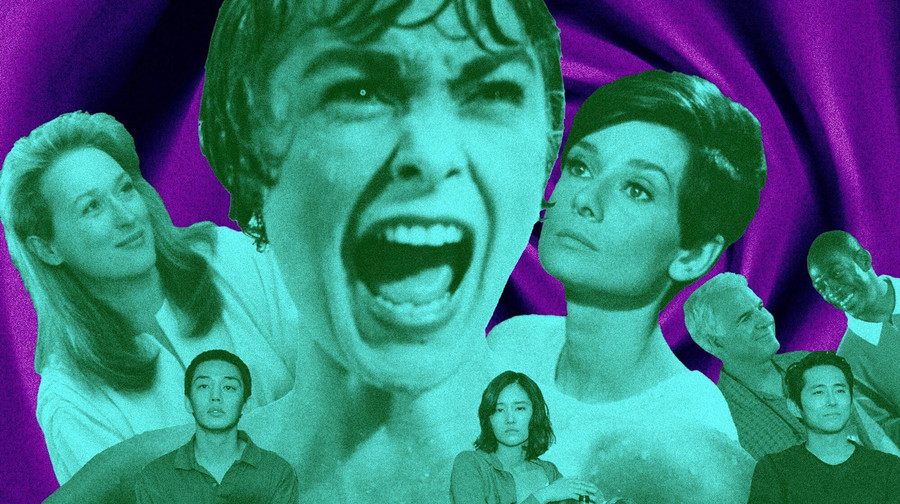 A Quarantine Movie For Every Mood 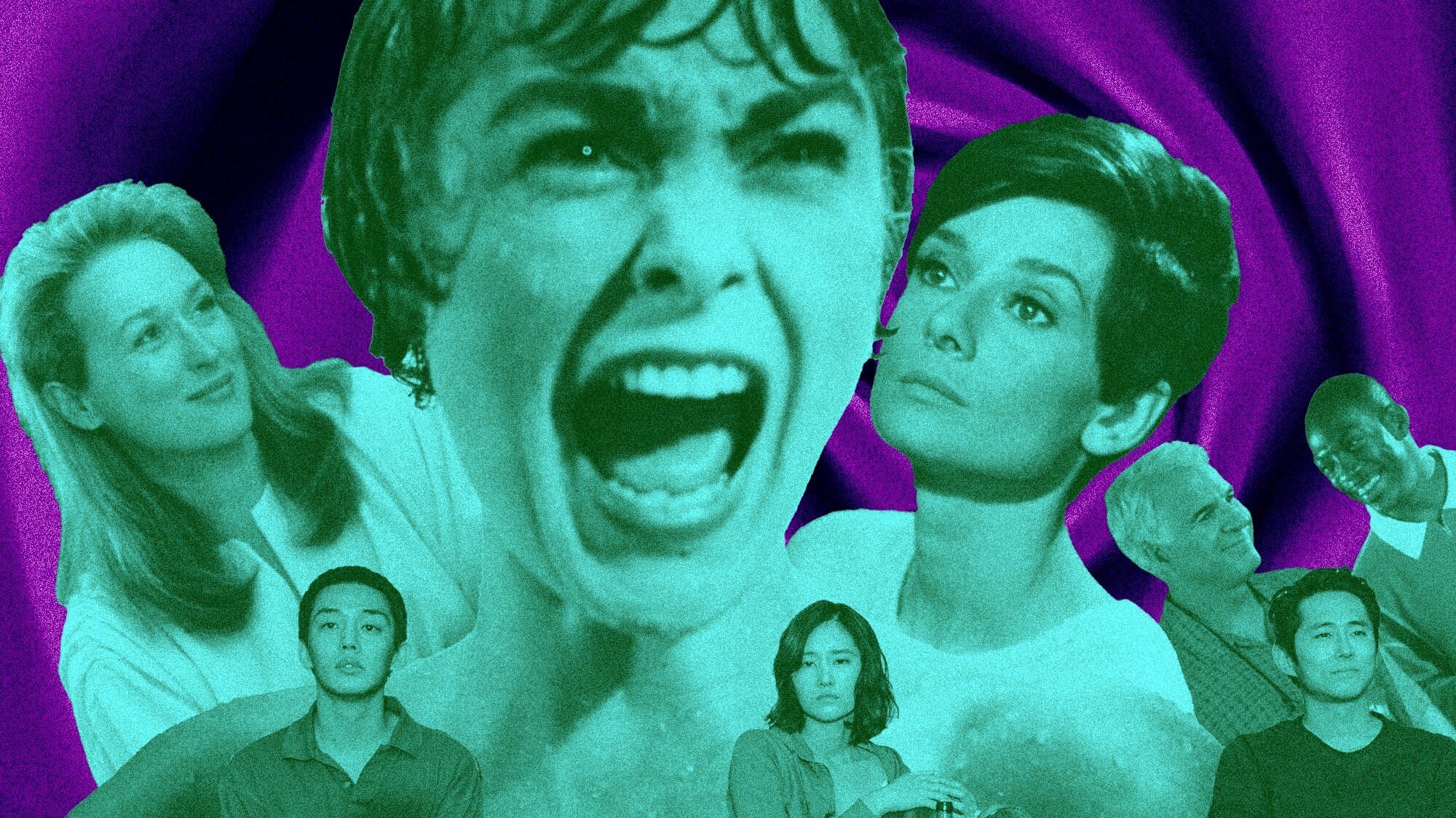 Stuck inside during the COVID-19 outbreak? We're here to help.

The streaming revolution has never been handier. Now that we’re all stuck indoors riding out the coronavirus-induced quarantine, those apps that eat into your monthly paycheck are probably looking like a pretty swell investment. As movie theaters close and releases are delayed indefinitely, people will have to look beyond algorithms and marketing campaigns to find the entertainment that’s right for them.

For anyone who wants family-friendly escapism, Disney dropped “Frozen II” on its relatively new streaming service, Disney+, three months ahead of schedule. For more adult fare, Universal Pictures’ current titles — “The Hunt,” “The Invisible Man” and “Emma.” — are now available to rent for $19.99 via on-demand platforms. Similarly, Warner Bros. will make “Birds of Prey” and the Matthew McConaughey action caper “The Gentlemen” available a few weeks ahead of schedule. These unprecedented moves might help soften the predicted $20 billion blow that Hollywood will suffer as a result of the virus.

Meanwhile, some at home are turning to pandemic fiction to make sense of what’s going on. “Contagion,” Steven Soderbergh’s grim 2011 thriller starring Kate Winslet and Matt Damon, has surged in popularity on iTunes and Amazon Prime Video, as has its 1995 predecessor “Outbreak,” which is also available on Netflix. I rewatched “Contagion” this weekend, and here’s a word to the wise: If you’re feeling anxious, it won’t help.

“Wait Until Dark,”starring Audrey Hepburn as a blind woman alone in her Manhattan apartment.

Often forgotten in the annals of great horror movies, “Wait Until Dark” is simple in the best sense. Most of it takes place in one location: a blind housewife’s West Village apartment, where she is conned and stalked by three creeps (Richard Crenna, Jack Weston and oh-so-evil Alan Arkin) while her husband (Efrem Zimbalist Jr.) is away on business. Director Terence Young, best known for the first two “James Bond” movies, uses the angular interiors to create a terrifying sensory experience. As the resourceful victim, Audrey Hepburn has to feel her way through the panic, leading to a climactic tug-of-war in pitch blackness. 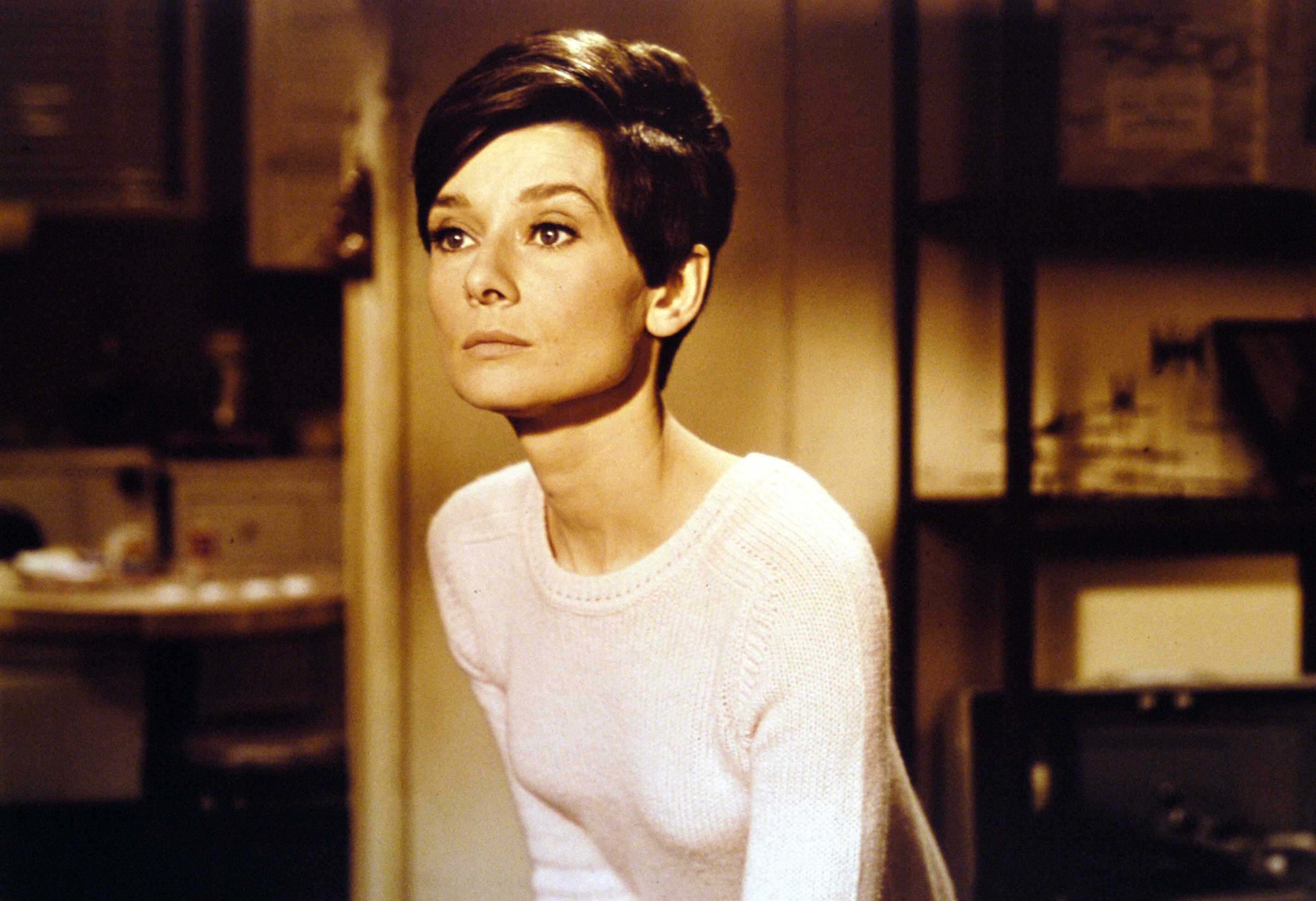 Audrey Hepburn in "Wait Until Dark."

“Orlando,” starring Tilda Swinton as an androgynous poet who travels through time.

If you’re fond of Phoebe Waller-Bridge’s wry asides in “Fleabag,” you’ll have a ball with “Orlando,” in which Tilda Swinton winkingly peers at the camera to announce her bliss and vent her anger. Don’t let the movie’s period trappings dissuade you. Almost three decades after it was released, “Orlando” still feels subversive and modern. Spanning the Elizabethan era to early-’90s Britain, Swinton’s title character — based on Virginia Woolf’s novel of the same name — is an immortal poet who could be described as a proto-trans woman challenging gender modes as the centuries creep by. The surrounding film, directed by Sally Potter, is a feast of wit.

An Eddie Murphy gem that doesn’t get enough love

“Bowfinger,” a riotous comedy that ranks among Murphy’s best.

I saw “Bowfinger” for the first time last year, and it was the hardest I’ve laughed at a movie in ages. It’s technically a Steve Martin vehicle, but Eddie Murphy upstages him with two different roles: a pompous Hollywood actor named Kit Ramsey and his dopey look-alike. Martin plays a third-rate producer who goes to desperate lengths to cast Kit in his dream movie, first by invading the real Kit’s whereabouts and then by recruiting Kit’s doppelgänger as a stand-in. “Bowfinger” did decent business in 1999, but it deserves more prestige. The plotting is clever and the sight gags uproarious, particularly one in which Murphy runs screaming through busy freeway traffic. 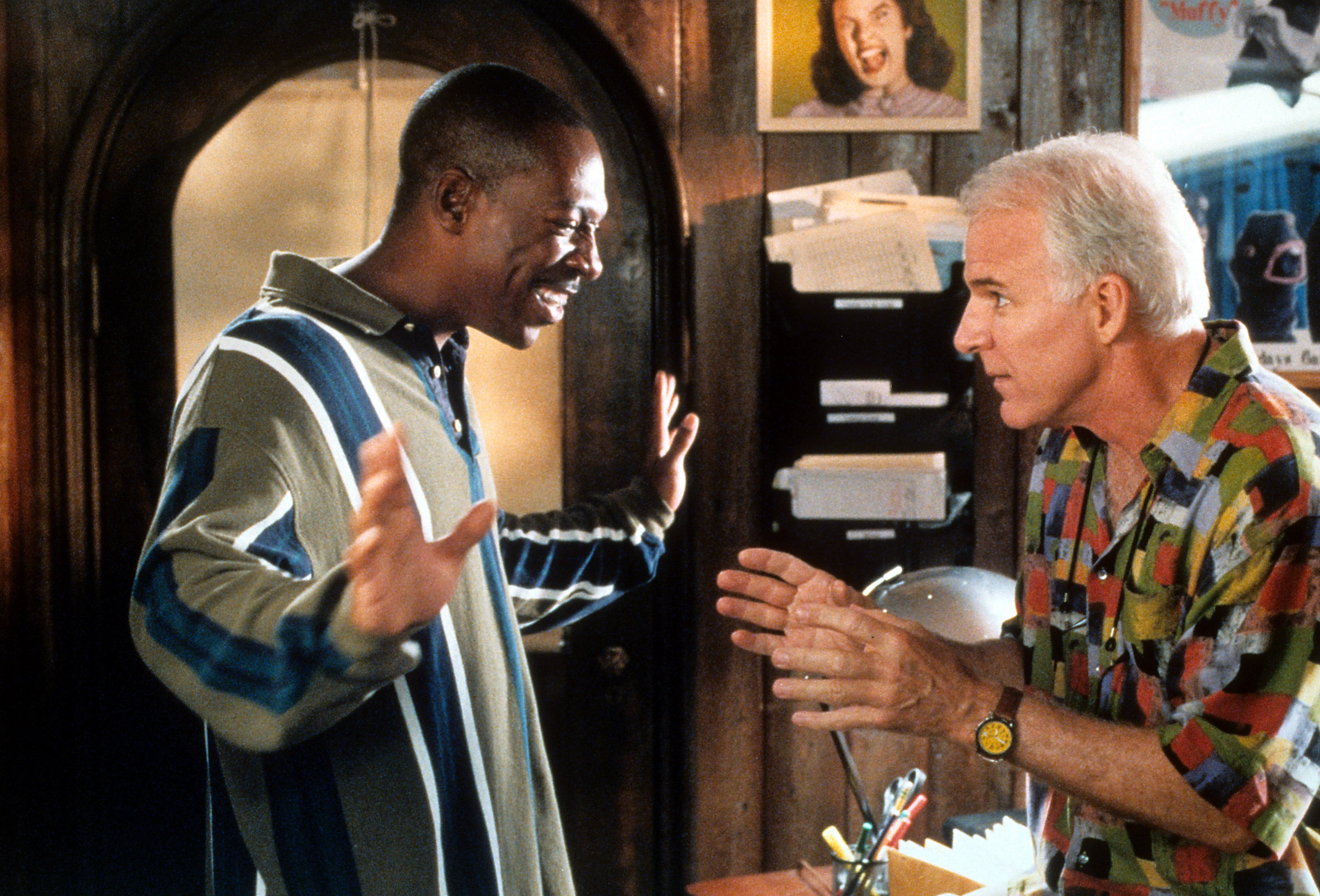 A fun existential lark about death

“Defending Your Life,” starring Albert Brooks (who also wrote and directed the film) and Meryl Streep in the afterlife.

In these neurotic times, any Albert Brooks movie will do. But the deepest of the bunch is “Defending Your Life,” the high-concept fantasy masterpiece about an advertising executive (Brooks) who dies and goes to heaven, where he must vouch for his life choices in court. There, he launches a courtship with an idyllic woman (Meryl Streep) whose virtues greatly outweigh his. What starts as a profile of a hierarchical afterlife defined by judges and juries gives way to one of the best romantic-comedy endings in history. (After you’re done, try “Heaven Can Wait,” which taps into similar ideas.) 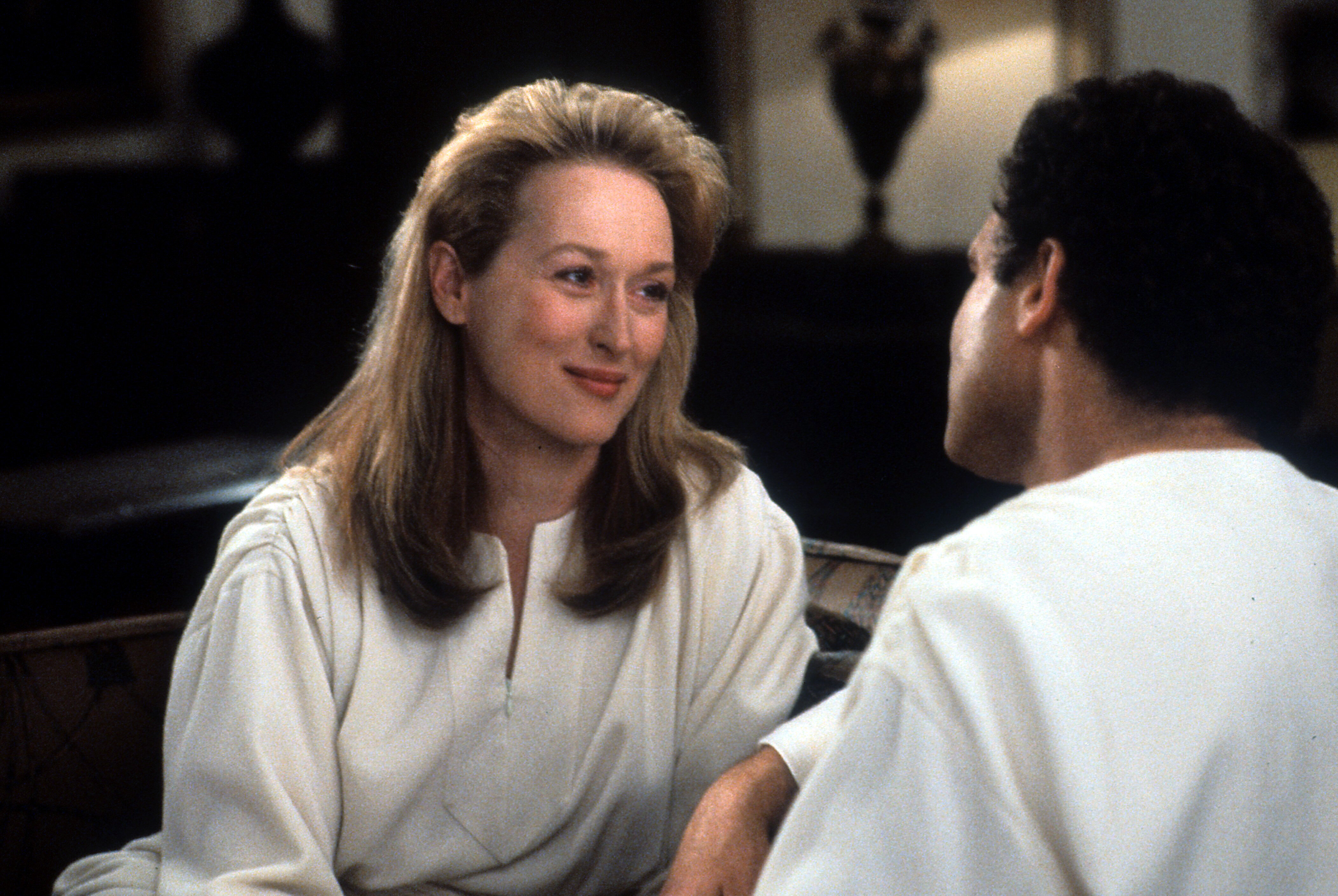 Meryl Streep in "Defending Your Life."

“Burning” should have been a bigger Oscar contender, and in a post-“Parasite” world, maybe it would be. The menacing but gentle Korean thriller from 2018 focuses on a cursed love triangle involving an aimless young writer (Yoo Ah-in), his former classmate (Jeon Jong-seo) and an enigmatic interloper (Steven Yeun) who may or may not be up to no good. It’s a film about perception, charting the tortured dynamics between a lower-class striver and the wealthy playboy he envies. 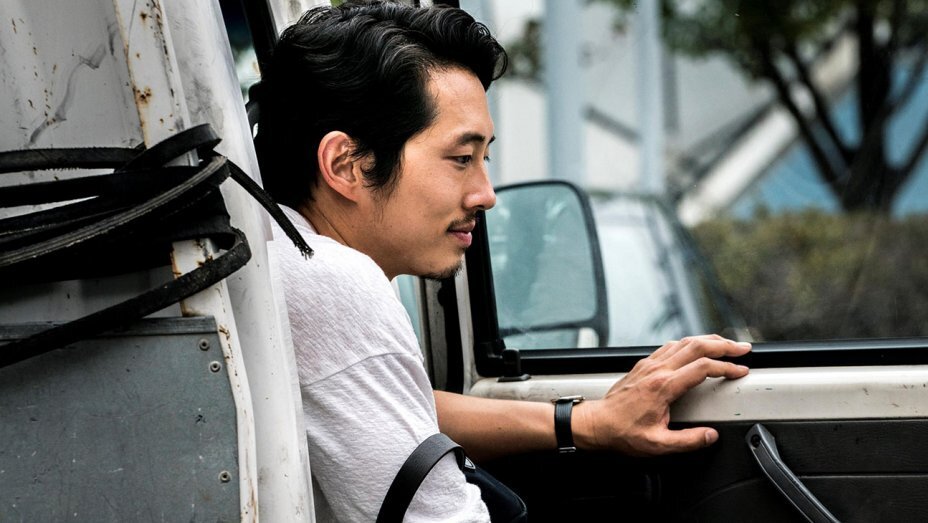 A wingding with funny women

This 1988 romp is my go-to recommendation when anyone asks for a guaranteed pick-me-up. Bette Midler and Lily Tomlin do double duty, both playing a pair of identical twins. The sisters have no idea they were switched at birth until a chance encounter — and a lot of confusion — reunites them 40 years later. It’s a breezy screwball farce that updates Shakespeare’s “Comedy of Errors” for a faster-paced world defined by glamour, capitalism and familial resentments.

A documentary that goes deep on a Hollywood classic

“78/52: Hitchcock’s Shower Scene,” an investigation into that famous “Psycho” moment.

It’s hard to believe there’s anything left to say about Alfred Hitchcock’s catalog, especially his signature movie, “Psycho.” Then along came “78/52.” Alexandre O. Philippe, who also directed “The People vs. George Lucas,” examines the shower scene, in which Norman Bates (Anthony Perkins) kills Marion Crane (Janet Leigh), from every conceivable angle. Never thought of the scene as a statement on motherhood? How about the art history that inspired Hitchcock? And how was the sound of a knife plunging into Marion’s body achieved? Even if you’re not a movie buff, there’s something her for you. 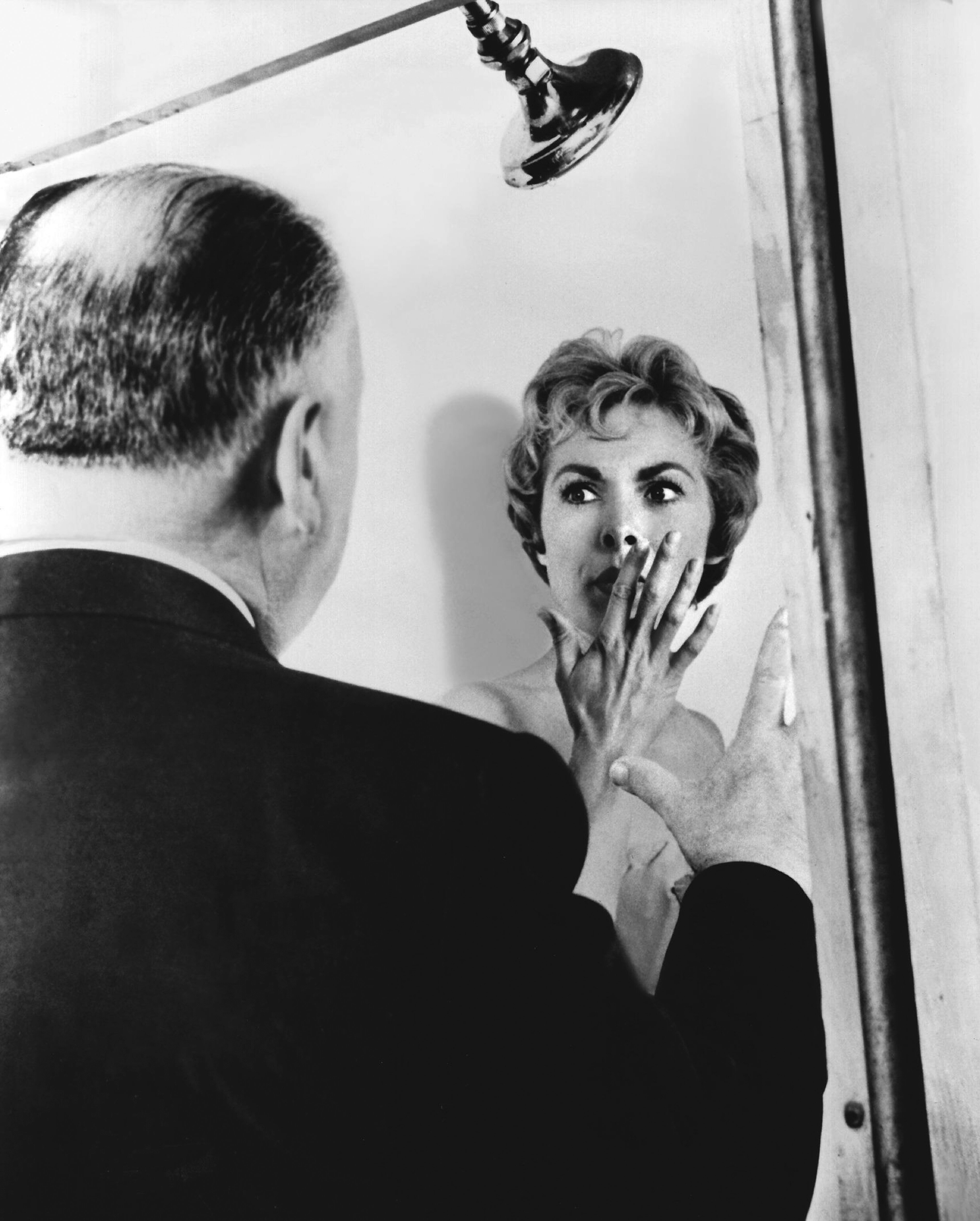 Alfred Hitchcock and Janet Leigh on the set of "Psycho."

An indie darling from 2011, “Take Shelter” filters the apocalypse through the unreliable eyes of a small-town man (Michael Shannon) who may or may not be going crazy. His wife (Jessica Chastain) and daughter (Trova Stewart) are growing alienated by his paranoia. Meanwhile, he’s obsessing over a fallout shelter in the backyard and enduring ominous visions of the end times. Director Jeff Nichols (“Loving,” a very different but equally worthy recommendation) peppers the film with a creeping dread that’s as electrifying as it is paralyzing.

“God’s Own Country,” starring Josh O’Connor as a hard-drinking farmhand who finds companionship. 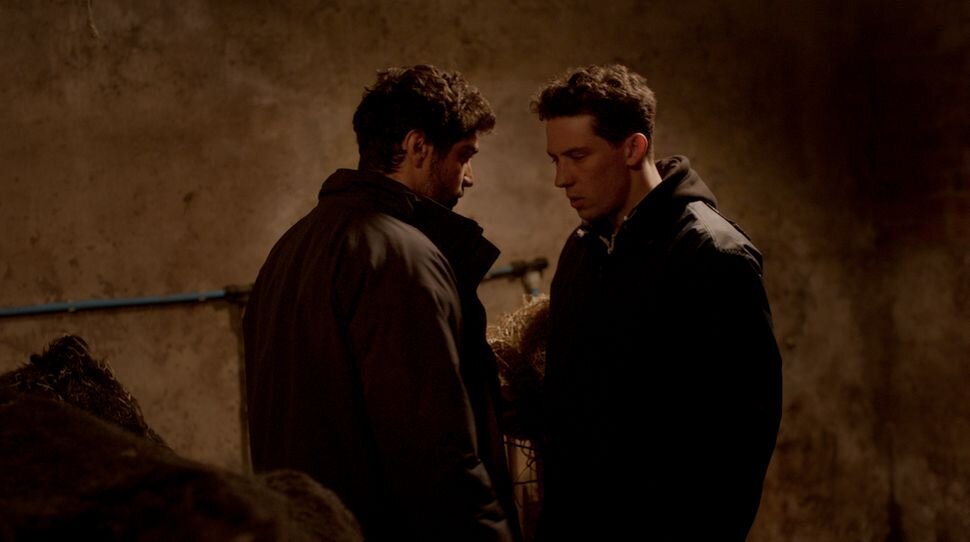 Josh O’Connor and Alec Secăreanu in "God's Own Country."

On the surface, “Bob & Carol & Ted & Alice” is a movie about swinging. In practice, it’s a bear-poking examination of the mores that supposedly undergirded the 1960s and beyond. Natalie Wood and Robert Culp play a newly enlightened married couple experimenting in sexual openness, while Dyan Cannon and Elliott Gould are their dubious pals trying to come around to the idea. Through rollicking debates and a potential foursome, the friends unpack the roles that gender and lust play in long-term relationships. Confirming the movie’s charm, a musical adaptation scored by Duncan Sheik opened on Broadway last month.

A sweet rom-com that doesn’t require much thought

“The Incredible Jessica James” is a fairly standard millennial rom-com, but it’s funnier than a lot of the other fairly standard millennial rom-coms that Netflix has released since acquiring this one at Sundance in 2017. Ever-beguiling “Daily Show” alum Jessica Williams headlines, playing a Brooklyn children’s-theater teacher who agrees to a blind date with a jovial app developer (Chris O’Dowd) and finds herself smitten.