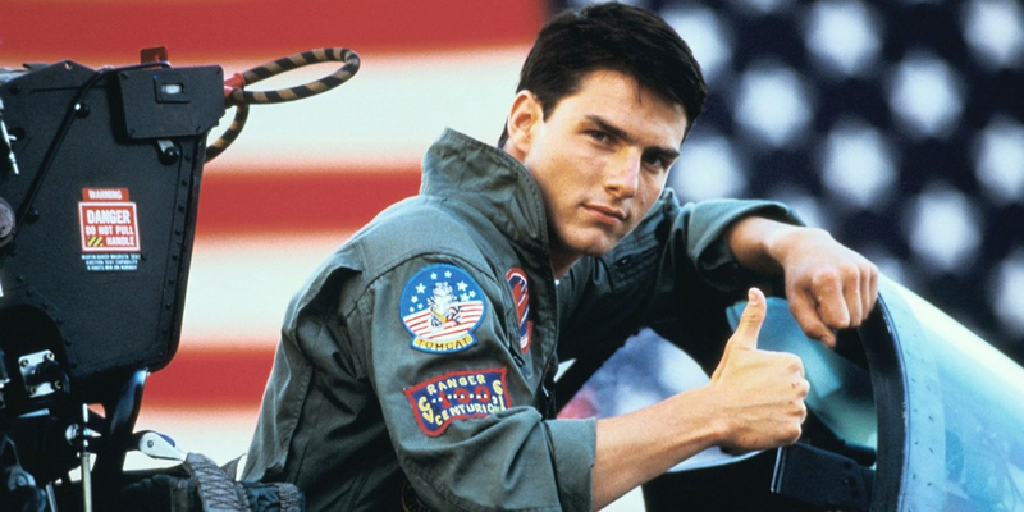 On Thursday, after a 33-year wait, the trailer for "Top Gun: Maverick" finally debuted. While Tom Cruise's Maverick may have aged, TOPGUN recruits are still singing in bars, playing beach volleyball, and performing exhilarating feats in F/A-18 Super Hornets. While the original "Top Gun" was a glamorized, Hollywood version of the real TOPGUN naval aviation training, there are many parts of the original film — and the new trailer — that ring true.

"As an institution, we don't focus on the Hollywood glamour of the job," Guy Snodgrass, a former TOPGUN instructor who wrote the forthcoming book "Holding the Line: Inside Trump's Pentagon with Secretary Mattis," told INSIDER via email. "That being said, there's an undeniable truth that when the first movie came out, in the mid-1980s, it fueled a lot of interest, both in TOPGUN and in naval aviation as a whole."

Snodgrass said he was 10 when he saw the original, and it fueled his desire to become a naval aviator. During his days as a fighter pilot and TOPGUN instructor, he said, Snodgrass performed all the maneuvers the new trailer shows and then some. In the trailer, Capt. Pete "Maverick" Mitchell performs a feat called a high-G high-nose maneuver, which is usually executed to avoid shrapnel from bombs in a war zone. Snodgrass told INSIDER he could still remember what it felt like to do it, too.

"It's easy to lose the sense of speed when flying at high altitude, as in an airliner, but when you're flying at more than 600 miles per hour, 200 feet off the ground, the speed rush is exhilarating."

"When the first movie came out, Paramount Pictures made it a priority to work with the TOPGUN staff to bring as much realism into this project as they could, whether it's the radio calls, or maneuvering the aircraft," he added. "It's reassuring to know that they're taking the exact same approach with this movie." Besides the thrill of breaking sound barriers, the original film, and the new trailer, do a great job of capturing "the swagger of naval aviation," Snodgrass said. In the trailer, an admiral played by Ed Harris asks Maverick why, after all his accomplishments as an aviator, he hasn't advanced beyond the rank of captain. "You should be at least a two-star admiral by now. Yet here you are ... captain. Why is that?" Harris' character asks.

"It's one of life's mysteries, sir," Maverick replies immediately.

"It's a great moment that captures the focus of naval aviators — of how mission and a great job is more important than rank," Snodgrass said.

While the trailer makes it seem as if Maverick's rank is something unusual or shameful, it's not that out of the ordinary, retired Adm. William Gortney told INSIDER.

"Retiring as a captain, that's a pretty honorable rank, as far as I'm concerned," he said.

Snodgrass agreed, citing the example of Col. John Boyd, a brilliant Air Force aviator and a military strategist who helped develop the F-16 and changed aerial combat as we know it.

As military technology changes to emphasize remote combat, there comes the question of whether the high-flying maneuvers in "Top Gun" are becoming outdated.

But Snodgrass told INSIDER that wouldn't happen anytime soon. "History proves the fallacy of placing too much stock in advanced technology," he said.

"As long as fighter pilots have their way, we're going to continue to place importance on teaching dogfighting skills. It's tough. And if you can do the tough things, you can do the easier things too."

The most realistic part of the trailer, both men told INSIDER, was not the agile maneuvers or the aviator tough talk but rather the importance of teamwork.

Snodgrass agreed: "You've got amazing people all over the flight line, the waterfront, and on bases around the world. Everyone has a role, from the maintainer who works on the aircraft to the person flying it."

This article was written by Ellen Ioanes from Business Insider and was legally licensed through the NewsCred publisher network. Please direct all licensing questions to legal@newscred.com.