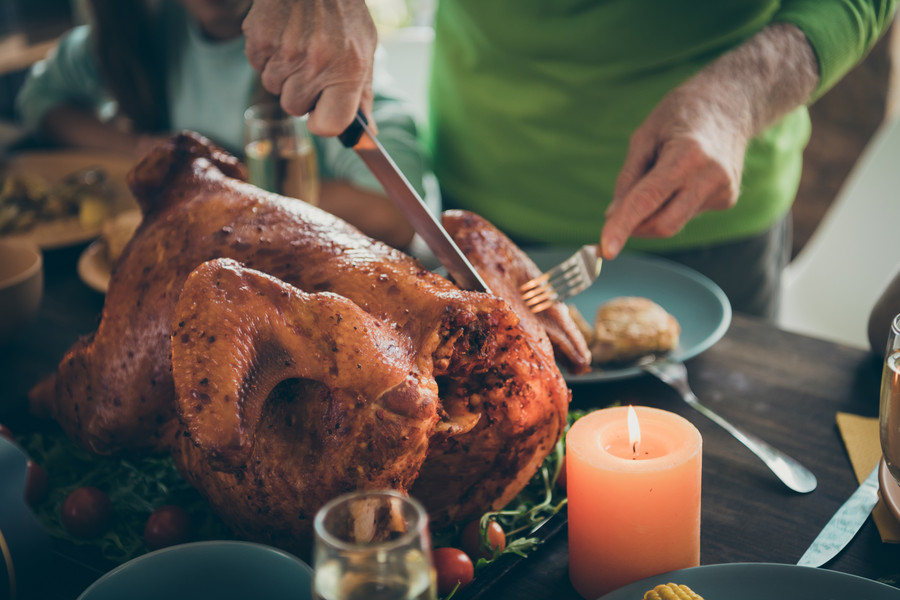 A Steaming Batch of Food Songs for Thanksgiving

It's Thanksgiving Day, and food is the centerpiece of the day for many. (Football may be No. 1 for some folks.)

In honor of the table-groaning amount of food that we'll gorge on that day, let's look at some songs that mention food. Maybe you can even make a playlist of them and bring a little extra festiveness to the gustatory activities.

"Eat It," by "Weird Al" Yankovic. You knew it was going to be first on the list. You must begin with "Eat It," a takeoff on Michael Jackson's "Beat It." The song mentions pie, Cap'n Crunch and Raisin Bran cereals, chicken, yogurt, tuna casserole, even Spam. It doesn't make the food sound very appetizing, though, since its lyrics are more about force-feeding a picky kid.

"Cherry Pie," by Warrant. Well ... truth is, this lascivious song has nothing to do with the cherry pie that Gramma makes. You'll figure out what it's actually talking about.

"Birthday Cake," by Rihanna. As with Warrant's "Cherry Pie," Rihanna ain't riffing on the sweet goodness of baked goods.

"Brown Sugar," by the Rolling Stones. Wow, that's three similar songs in a row. It's kind of amazing how many songs use food as a metaphor for sex.

"Be Our Guest," from "Beauty and the Beast." How can you not list a song that is sung by dancing food?

"American Pie," by Don McLean. In this case, the pie is a rundown of American history starting in the late 1950s with the death of singer Buddy Holly. The lyrics have been pored over for decades as people try to figure out what they really mean.

"Cheeseburger in Paradise," by Jimmy Buffett. This song is about exactly what the title says. Finally, a food song that's really about food.

"Coconut," by Harry Nilsson. Not only does this song mention coconuts, it also mentions limes for the double whammy. Unfortunately, the combination of these two makes for a bellyache.

"Lady Marmalade," by Labelle. This lady ain't your mama.

"Life is a Minestrone," by 10cc. The multi-ingredient soup stands in for the complications of life. "Served up with Parmesan cheese," of course.

"Mean Mr. Mustard," by The Beatles. Actually, not all that appetizing since "he keeps a 10-bob note up his nose."

"TV Dinners," by ZZ Top. The little ol' band from Texas likes 'em with turkey, enchiladas and teriyaki, too. Even with chicken "if the sauce is not too blue."

"The Spam Song," by Monty Python. The potted meat product is both "lovely" and "wonderful" in the comedy troupe's opinion. So delicious, in fact, they say its name about a million times. Even if you love the stuff, that's a bit much on the stomach.

This article is written by Shawn Ryan from Chattanooga Times Free Press, Tenn. and was legally licensed via the Tribune Content Agency through the NewsCred publisher network. Please direct all licensing questions to legal@newscred.com.