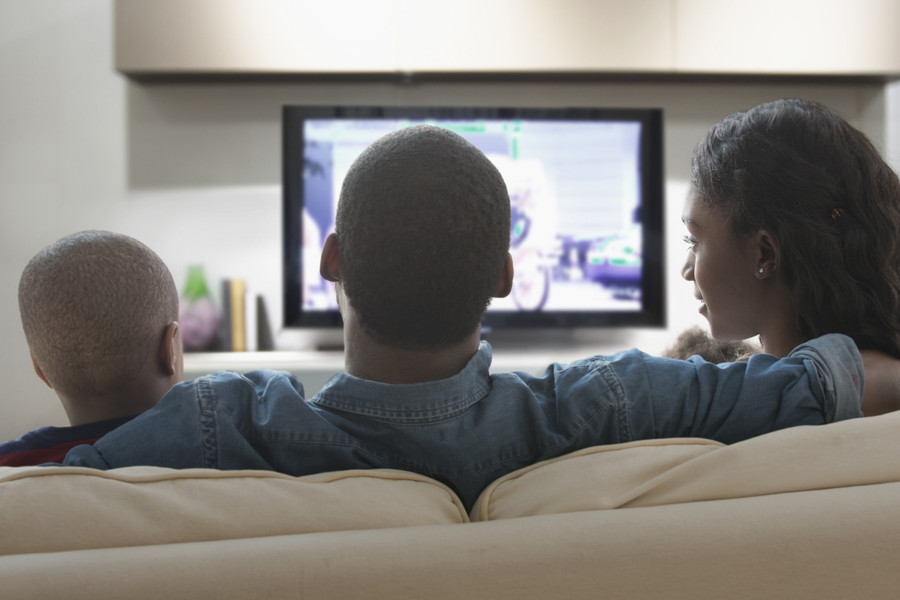 The most surefire way to make people interested in a product is to ban it from circulation. ABC found this out the hard way in 2018 when it pulled an episode of "Black-ish" ("Please, Baby, Please") from its schedule less than a week before it was due to air, which all but guaranteed that it would become the stuff of TV industry legend. "Black-ish," from creator Kenya Barris, had already tackled plenty of "hot button issues" before. This particular episode — written by Barris and Peter Saji — supposedly contained more concentrated anti-Trump material than most, and after the 2016 election, ABC was going through a very public attempt to court conservative viewers. (Remember the "Roseanne" reboot? Neither do I.) Still, the idea that the network would spend so much time, energy and money on this episode, only to decide it wasn't worth airing at all, made "Please, Baby, Please" a more fascinating chapter of "Black-ish" than the episode might have been if it had just aired as intended.

Three years later, ABC has released "Please, Baby, Please" onto Hulu at Barris' renewed request. While both Barris and ABC said at the time that they had mutually agreed that the episode wasn't ready to be seen, Barris' announcement of its new availability tells a different story, calling it "22 minutes of television that I was, and still am, incredibly proud of." Watching the episode, it's easy to understand why. While "Please, Baby, Please" breaks the show's usual format to concentrate on a single night, following exhausted father Dre (executive producer Anthony Anderson) while he tries to calm his newborn during a storm, it nonetheless contains a parade of Barris' "Black-ish" hallmarks right before he handed off the day-to-day running of the show. (Barris remains an executive producer on the show, but has since left ABC Studios for an overall deal with Netflix.)

Dre's voiceover — in which Barris' onscreen facsimile gets to deliver wry, unfiltered observations about his family, work and race relations in America — is the main star of the episode, weaving in and out of a wheedling monologue directed at his restless son Devonte. At first, Dre tries to read him a story. (More specifically, he tries to read him Spike and Tonya Lewis Lee's kids book "Please, Baby, Please," for which Spike Lee briefly provides a peppy voiceover of his own.) But when Devonte stays awake, Dre switches tacks, articulating his own simmering fears about the state of America a year after Trump took office and wondering when, if ever, things might get better. "What's bothering me the most is how bothered everyone is around me," Dre thinks as he watches his agitated wife Bo (producer Tracee Ellis Ross) toss and turn. It's not as if the world has stabilized since — we are, after all, struggling through a global pandemic with no end in sight — but it's still interesting, nonetheless, to vicariously remember just how destabilizing that first post-2016 year felt.

Throughout the episode, Dre and Devonte get interrupted by each member of the family expressing a different worry about the world, like some upside-down, post-election version of "A Christmas Carol." Bo's losing sleep over the apparent proliferation of mass shootings; Dre's father (Laurence Fishburne) can't understand the growing popularity of unabashed "white pride"; Junior (Marcus Scribner) is wrestling with his feelings about athletes kneeling during the national anthem; the twins (Marsai Martin and Miles Brown) are trying not to panic about climate change. With only 22 minutes, the episode jumps from topic to even heavier topic at a dizzying pace. None of them, save maybe Dre's father breaking down how "pride" should be rooted in the experience of overcoming adversity, really gets its own due in the episode's rush to mention them all.

In between every visit, Dre fill his tiny son in on Trump's ascension to power by through a thinly veiled story about "The Shady King," which the episode conveys through some genuinely impressive fairy-tale style animation. Given that, the hefty increase in archival footage accompanying Dre's amped-up voiceover and the pointed song selections (including James Brown's "Say It Loud — I'm Black and I'm Proud"), "Please, Baby, Please" undoubtedly came with a sizable price tag. ABC's decision to shelve it makes it clear just how unsure the network was about letting one of its shows go that hard against Trump — and its decision to release it now says just as much about just how useless trying to play "both sides" was, in the end. For some, shelving the episode was indicative of a network censoring one of its most singular creative voices; for others, who probably never would have watched the episode anyway, its mere existence was an indication of liberal media bias. For everyone, its cancellation was deeply unsatisfactory.

As an episode of television, "Please, Baby, Please" is a perfectly fine, if cluttered, attempt to contextualize a particularly fraught moment in our country's history. But as a moment in recent TV history, "Please, Baby, Please" is absolutely fascinating, sitting at a unique intersection of creative control, political upheaval, and the entertainment industry's continuing inability to read the room. If ABC wanted to avoid a lasting controversy, it probably could've just let the episode air and waited out whatever noise ensued until it became the more palatable murmur it was chasing in the first place.

"Please, Baby, Please" is now available to stream on Hulu.

This article was written by Caroline Framke from Variety and was legally licensed via the Tribune Content Agency through the Industry Dive publisher network. Please direct all licensing questions to legal@industrydive.com.