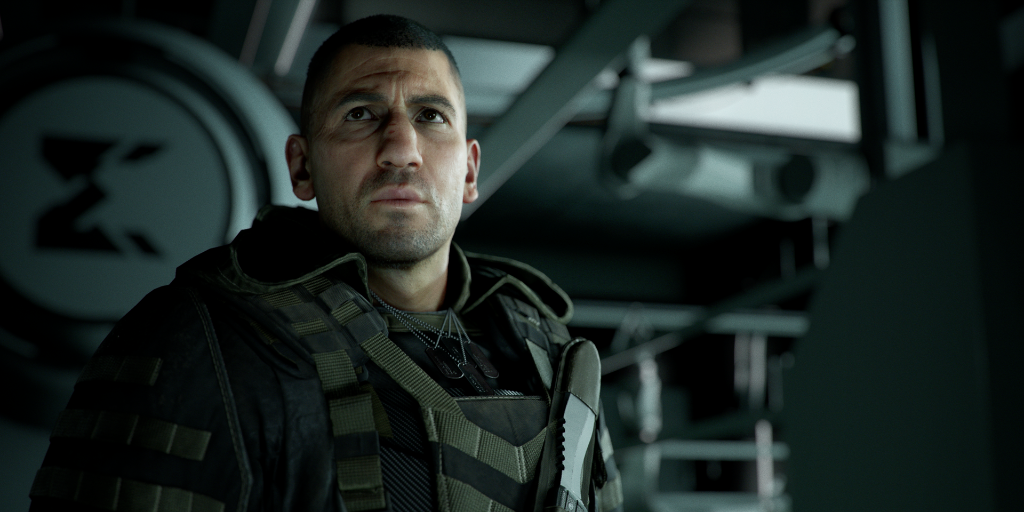 Jon Bernthal wasn't too sure what to expect when he signed up to play Lt.-Col. Cole D. Walker in Ubisoft's "Tom Clancy's Ghost Recon Breakpoint" video game.

Though he is no stranger to performing in front of cameras, wearing a suit covered with sensors during the motion-capture experience was new to the 43-year-old actor known for his roles in "The Walking Dead" and "The Punisher."

But Bernthal soon found himself at ease.

"I was really pleasantly surprised," he said in an interview. "I was really taken with the level of passion that the people who make this game have for the game. The people from all over the world that are a part of it. They care very much about getting it right.

"I'm a big believer in passion and that was really palpable as soon as I kind of met everyone. I really dug the fact that the scripts were written by combat vets and that they were present while we were working and they had special-forces soldiers present while we were working. They really wanted to get it as authentic and accurate as possible. And that's something that I really appreciated and dug."

Bernthal's character in the game, the 11th chapter in the tactical-shooter franchise that started in 2001, is a disaffected special-forces soldier who serves as the villain.

"I think it's your job as an actor to find out what the character wants and then go for it with everything you have. Find empathy for them and believe in the pursuit that they believe in and try to find purpose and just try to go after what they want. I get what Cole wants. And he was fun. I think he's a well-written character."

In making the game, Bernthal soon found he enjoyed the group challenge of trying for one perfect take.

And he had no complaints about the strange gear needed for mo-cap.

"I feel real lucky to do what I do for a living," he said. "There's no real such thing as grueling for me. I'm just kind of happy to be there.

"The best thing about this work is you're always learning. Every experience is different. You can always take something away. I think the high-stakes nature of one perfect take, there's a vitality to it. The action, the movement, the dialogue have got to be flawless. I dig that. It reminded me of the theater. It was just an interesting process, something that I walked away from (and) I enjoyed it."

Bernthal admits he is not much of a video gamer. Neither are his young children.

"My kids play sports and do a lot of jiu-jitsu, man. We're not a big gamer household," he said.

But he says he was blown away by the final product.

"It's mind-boggling. I'm captivated by what these technicians and artists can do. I was just kind of a tiny cog in the whole thing. It's unbelievable what they're capable of. It's enormously cinematic. They're story-tellers. It's just really cool, I was just really grateful to be a part of it."

He says he is open to doing more video games.

"Of course. If it was the right thing, I'd totally do it," he said. "I make all my decisions based on the scripts and who I'm working with. But this was a great group and I was really glad I got to be a part of it and I would work with these folks again in a heartbeat.