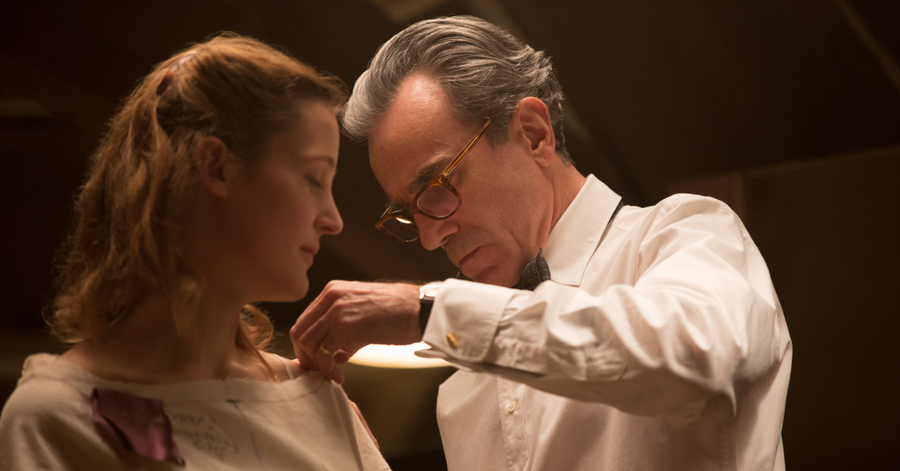 The Best of Paul Thomas Anderson

Today we’re doing a deep dive on eight more Paul Thomas Anderson scenes – specifically, one scene from each movie. In this list, we’ve compiled the best of PTA, focusing in on framing, tone, music, and more to see what makes these scenes so successful. Warning – there are spoilers, so read at your own risk!

Hard Eight, PTA’s first feature film, is fairly understated. Instead of focusing on the action and drama of Las Vegas gambling nightlife, Anderson focuses on the subtleties of his characters to analyze their real intentions. Take his protagonist, Sydney (Philip Baker Hall), for example. Initially, he seems to look out for John (John C. Reilly) and Clementine (Gwyneth Paltrow) out of the goodness of his heart, but as the story develops we realize that Sydney actually has some skeletons in his closet and is simply using these good deeds to cover up his own shady past. The problem with that, as PTA makes especially clear in this scene, is that covering up your mistakes doesn’t just erase them altogether. Without acknowledging the mistakes you’ve made and the pain you’ve caused, your past will always be looming over you, like a blood stain on a white dress shirt – a constant reminder that no good deed goes unpunished.

This scene from Boogie Nights is still scary after all these years and shows just how deluded Jack (Burt Reynolds) and his motley crew have become since the New Year. Up until this point, they could still sort of hold on to their prior successes, but after this scene, the jig is up. This is rock bottom; the lowest of the low. Roller Girl (Heather Graham) is a vision in this scene. With barely any dialogue, she somehow manages to make her silence ring loud and clear. The intensity of the scene paired with Jon Brion’s eerily monotonous Clementine’s Loop creates an instantly bone-chilling experience. Something about the way the two play off each other just doesn’t seem right – much like what’s taking place on screen. As the ringing continues, the situation escalates from bad to worse, leading to Roller Girl nearly face stomping the college student to death. And she does it all with a grim smirk on her face that’s so sinister it’s hard to erase from memory.

This scene from Magnolia is probably the most surreal of all PTA’s work. It’s abrasive, but the scene also acts as a central glue between the film’s many storylines. Ultimately, this scene is a wake-up call, not only for the audience but also for the characters. Throughout the movie, we’ve seen their stories develop and learned just how paralyzing their pasts have become for them – consuming their every thought to the point where they’re completely disconnected from the present. So disconnected, in fact, that millions of frogs raining down from the sky hardly even phases them. As PTA put it, “every other aspect of their lives is spiraling [so deeply] out of control” that “a rain of frogs just makes sense.” It’s a great visual metaphor and reminds us, as Donnie Smith (William H. Macy) says earlier in the film, that “we may be through with the past, but the past is not through with us.”

This scene from Punch-Drunk Love is practically dripping with anxiety. It puts us right into Barry’s (Adam Sandler) mindset, highlighting just how socially awkward he is as he trips over packages and apologizes for things that aren’t even his fault. His discomfort is only heightened when his sister Elizabeth (Mary Lynn Rajskub) enters the scene. From the second she arrives she’s ripping him apart – from his clothes to his factory to the infamous pudding; she just can’t give him a break. The music in the scene, also composed by Jon Brion, adds even more to this frantic energy. The beat grows in intensity and feels more disheveled as the scene progresses, much like how Barry is feeling on the inside. Then add in each additional interruption from the phone and this scene is on the verge of a full-blown mental breakdown. Another key piece to this scene is the physical rapport between Barry and the other characters. Watch how he’s physically backed into a corner by his sister and incapable of keeping eye contact with Lena (Emily Watson). He’s like a turtle who just wants to get back into its shell. Finally, towards the end of the scene, the men working the factory’s forklift start dropping products everywhere. But while everyone else jumps in fright, Barry doesn’t even bat an eye. It’s as if he can’t even hear what’s going on outside of him over everything going on in his head.

It’s no secret that Daniel Day-Lewis gave an incredible performance in There Will Be Blood – the Academy-Award winning film was named No. 3 of BBC's 100 Greatest Films of the 21st Century. Though the film has no shortage of great scenes, one that sticks out is this one between Day-Lewis’ character (also named Daniel) and his son, H.W. (Dillon Freasier). The scene follows directly after the explosion at the oil rig, which resulted in H.W. going deaf. What I love about this scene is how quickly Daniel shifts from nurturing his son to finding him a nuisance. It shows just how out of touch Daniel is and how incapable he is of being empathetic. When he repeats “that’s enough H.W.” even though he knows his son’s hearing is gone for good, there’s a certain coldness about him that continues to deepen throughout the remainder of the movie. But if you look closely, you’ll notice that the final time he asks H.W. to stop – sounding utterly exasperated and defeated – he delicately brushes H.W.’s hair out of his face. For that one moment, Daniel feels like any other parent trying to do the best they can. It humanizes him to the audience as if to show us that he’s trying to love his son, but he just doesn’t know how.

Ok, I may be a little biased since this is one of my all-time favorite movies, but I couldn’t pick just one scene for The Master. The movie has a beautiful balance between calm and utter chaos with its lead actors, Joaquin Phoenix and the late Philip Seymour Hoffman. Phoenix, who plays World War II veteran Freddie Quell, is erratic and emotional, while Hoffman, who plays the Master, is stoic and composed. In this first scene, Master is doing Freddie’s “processing” – an interrogation of sorts in order to enter his religious cult. This scene was almost entirely improvised and shows Freddie in such a vulnerable light. The rapport between the two actors is captivating and very reminiscent of the Meisner Technique in its heart-wrenching honesty. I love how, as the interrogation continues, Freddie contradicts his past answers and finally bears it all to the audience. Phoenix is breathtaking.

Later on in the film, Anderson crafts another iconic scene when both Master and Freddie end up in jail. The juxtaposition of a volatile Freddie and the tranquil Master, separated only be a few metal bars, is mesmerizing. This was another improvisation piece – and actually got PTA in a bit of trouble. Phoenix, while so caught up in the moment, shatters the porcelain toilet in his cell, which was (unknowingly to him) a historical artifact. The guards in the jail quickly stepped in when they heard something shatter on the set which forced them to shoot the scene in two takes rather than one. But despite that hiccup, or perhaps because of that very hiccup, we have this incredibly emotional scene between the two actors.

Inherent Vice is somewhat similar to Hard Eight in that it’s fairly straightforward, stylistically. Much of the film is anchored in Doc Sportella’s (Joaquin Phoenix) current case, but PTA still focuses on creating scenes that are visually stunning – just like this gem. Anderson adds an airy feel to this scene by playing around with both his lighting and framing. There’s also a certain sadness in Shasta’s (Katherine Waterston) voice that is so pure, especially as it breaks while she professes her feelings to Doc. It’s clear that this breakup is still fresh and that, in many ways, both of them are reliving the glory days of their past together. It’s like they’re stuck in what used to be; they’re taking a “Journey Through the Past” just like Neil Young’s song suggests. The two of them frolicking in the rain, to the beat of this song, is striking and a testament to PTA’s cinematic brilliance. Only he could craft such an idyllic scene around an Ouija board and two hippies desperate to score some dope.

Last on our list is Phantom Thread, Anderson’s latest feature film and his second starring Daniel Day-Lewis. This is his only film set outside of America, taking place in 1950s London. This scene is uncomfortable from the start, opening up to the screech of forks and knives scratching on porcelain plates. It’s a perfect portrayal of Reynolds (Day-Lewis) and his obsessive need for control, especially over his food. Even when Alma (Vicky Krieps) tries to do something nice for him, he finds a way to be the victim, comparing eating his asparagus she’s prepared to a heroic act of bravery, like a little boy throwing a tantrum at the dinner table. I also love how realistic their fight is. They both fumble over their words and grow more flustered with every new jab that comes their way. The energy between them is so off, it almost makes you want to laugh just to break the tension. It’s like watching your parents rip each other apart in front you – it feels like you shouldn’t be there, but it’s way too late to leave the room.