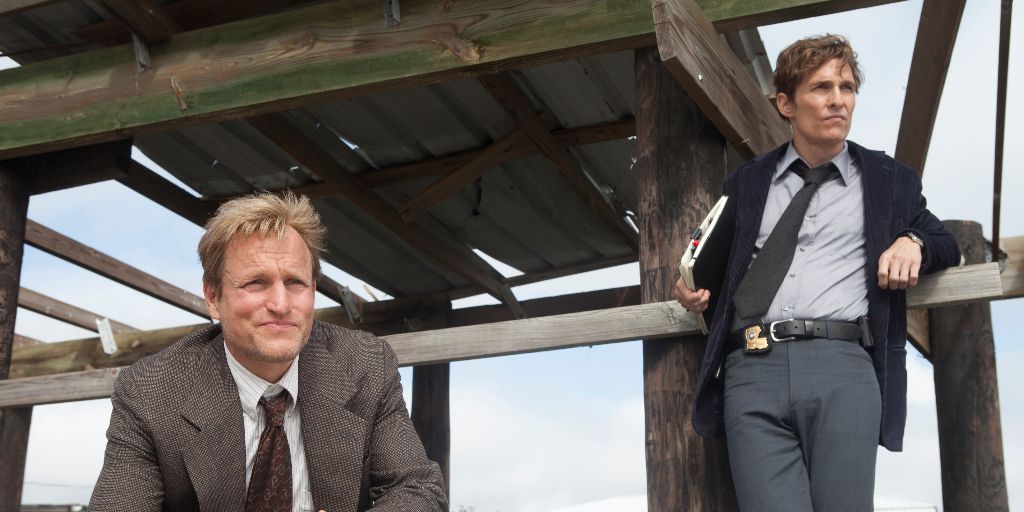 The anthology format of storytelling, where there are different characters and a different story in each episode, season or segment, is not new. From the 1920s to the 1960s, anthological stories were a popular form of radio show that then began including television shows in the 1950s.

But in the past decade, the format went from being seldom seen on TV to being practically everywhere. There are dozens of anthological shows, and there are a few basic reasons why they are so attractive to creators and networks alike: anthologies offer freedom in storytelling but also a concrete ending; they turn a show into an annual event; and anthologies can attract big names.

Anthologies let creators constantly reinvent themselves, whether that be from episode to episode or from season to season. But in either style, the anthological format allows for "creative opportunities that you don’t get with a series that has to remain on track with character and story and arcs," Starz CEO Chris Albrecht told the Television Critics Association press tour in 2015.

Anthologies let the writers be so much more creative than if they were trying to continue the same story for 22 episodes or across multiple seasons. Sian Heder, an executive producer for Apple TV's "Little America", an anthology show that chronicles the immigrant experience and changes from episode to episode, tells us that doing an episodic anthology gave them the freedom to make what are essentially eight small movies.

"We were drawn to the fact that each of these stories could be organic to the person who we were talking to, and that would then evolve to a very specific tone or a very specific shooting style for that episode and the fun part of an anthology is you get to make eight movies, and each one can be its own little creation," said Heder at the 2020 TCA winter press tour.

Working Towards An Endgame

Another attractive aspect of anthologies is that creators can plan the ending they want without having to tread water for several years before they have an end date. Also, viewers come into them anticipating a resolution.

"I do think that [an anthology] is a great way of storytelling because you’re promising the audience at the beginning this is one discrete story. If you follow it through to the end, you’re going to get satisfaction," said former ABC president Channing Dungey in 2016 about the network's award-winning anthology "American Crime."

"True Detective" creator Nic Pizzolatto echoed those sentiments that same year, telling critics that a concrete ending was one of biggest appeals for him to do an anthology format.

"I like a good third act. And continuing serial dramas, they tend to have really good beginnings and really long middles and then sort of have to hustle to develop an ending. And I like the idea of telling a self-contained story," said Pizzolatto.

TV As An Annual Event

ABC is currently developing a series called "Women of the Movement", which chronicles the civil rights movement as told by the women involved. The first season will focus on Mamie Till, mother of Emmett Till, the young man whose brutal 1955 murder became a touchstone for the civil rights movement. Current ABC president Karey Burke told the 2020 TCA winter press tour that they hope this show becomes "an annual event."

"We are planning an eight-episode series where there’s a narrative that’s been built that would show us a true scene, in fact, in which Mamie Till and Rosa Parks did meet, and then the idea would be that the following year, we would tell Rosa Parks’ story and then, the following year, again another. So it will be an annual event," said Burke.

That is certainly what "American Horror Story" has become for its fans. The ratings for each of the first four years' premieres just kept going up, something practically unheard of in television. By essentially creating an entirely new show that is only connected to previous seasons by a common theme and maybe some shared cast members, returning viewers look forward to what new story might be up the creators' sleeves, and the show can be accessible to new viewers at any point.

In the past, movie stars were not seen popping up on television shows very often because they couldn't make the kind of commitment that might run for years. With an anthology, actors can choose to be one-and-done, which has let
"True Detective" nab Matthew McConaughey, USA's "Briarpatch" land Rosario Dawson, AMC's "Dispatches from Elsewhere" land Sally Field, and Hulu's "Homecoming" get Julia Roberts.

For Roberts, it wasn't about taking a step "down" from the silver screen to the TV screen. She told the 2018 summer TCA press tour that she "didn't really think of it as small screen vs big screen."

"My television is very big," she quipped, but then in seriousness, she added, "It seemed like a great opportunity" because of "what you can do with more time to shoot and more time to unravel things for people."

But she also didn't have to commit to doing more than one season; season two is headlined by Janelle Monae.

And FX president John Landgraf, who has greenlit several anthologies on his network, says that letting creative people be creative rather than adhere to some 22-episode schedule is what attracts talent who may not otherwise do a television show.

"The process of making television can be much more fluid and can continue to evolve in the sense that it follows the voice, the timing, the needs, the schedule of the creative people rather than them having to mold themselves into a predetermined business structure in which they have to be creative on demand ... To me, that’s a recipe for mediocrity, and I would rather make better shows on a different, more discursive time frame," he told the 2016 winter press tour audience.