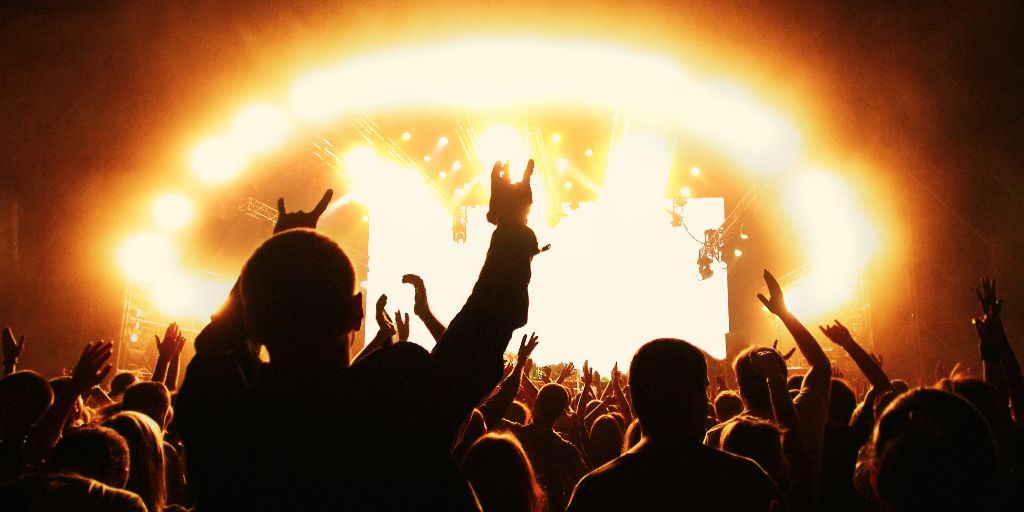 In the "John Wick" trilogy, Keanu Reeves' titular assassin leaves a trail of bodies in his wake, dispatching mobsters and hitmen with dispassionate frequency. But the cult action series, soon to become a quadrilogy with "John Wick 4", is at least partly responsible for raising at least one person from the dead: Marilyn Manson.

No, the artist formerly known as Brian Warner didn't die, though a stage accident at a 2017 New York City show was a close call, leaving him with a plate and 11 screws inserted in his leg. But prior to the release of "John Wick" in 2014, Manson's career was all but on life support. His last major-label release, 2009's "The High End of Low," marked a nadir of public and critical acclaim. "Born Villain," released in 2012, was better received but sold even fewer copies. For almost ten years, an artist defined in large part by continuous, Bowie-like reinvention seemed committed to—as one track from "Born Villain" would put it—breaking the same old ground.

Enter Tyler Bates. The composer, already well-known for scoring the Zack Snyder films "Dawn of the Dead," "300," and "Watchmen," met Manson on the set of "Californication" (fun fact: Manson once had a secret Facebook profile under the alias "Hank Moody"), and the two hit it off. While Bates juggled the scores for "John Wick" and "Guardians of the Galaxy," he and Manson began a fruitful writing partnership, penning what became Manson's 2015 album "The Pale Emperor" in about three months. The album's opening track, "Killing Strangers," debuted in 2014 on the "John Wick" soundtrack, offering fans a tantalizing glimpse of the forthcoming record.

However, "The Pale Emperor" was not the proverbial "stunning return to form." Bates flat-out rejects Manson's grinding, chattering industrial rock tendencies in favor of expansive, swampy blues rock. Fans expecting a follow-up to the likes of "The Beautiful People" or "mOBSCENE" might have felt disappointed.

But they were not. Because "The Pale Emperor" slaps hard. A late-career reinvention with the help of a new producer is almost as old as rock itself—Grantland's Steven Hyden noted several parallels between "The Pale Emperor" and The Doors' 1971 LP "L.A. Woman"—but nobody expected the hermaphroditic alien from "Mechanical Animals" to take even the faintest cue from Muddy Waters.

"The Pale Emperor" earned Manson his best sales since 2007, with the artist himself recognizing the album's broader rejuvenatory powers, telling Hyden, "I felt like I was resurrecting my own…not career, but myself as a person.” His most recent collaboration with Bates, 2017's "Heaven Upside Down," evolved its predecessor's bluesy stomp to incorporate aspects of Manson's late-90s glory years, an "all of the above" approach that received similarly favorable reviews.

If the most shocking thing Marilyn Manson could do after all these years was put out back-to-back bangers, his partner in crime is downright astonishing. Bates is a 54-year-old dad with a phenomenally successful day job scoring two of today's biggest film franchises who somehow found time to co-write two great rock records and then hit the road for over 100 shows as Marilyn Manson's touring guitarist. Bates is no stranger to late hours, putting in 100 hour weeks to wrap up the first "GOTG" soundtrack, but a worldwide rock tour, particularly with the legendarily nocturnal Manson, isn't exactly conducive to attending parent-teacher meetings or scoring the upcoming "GOTG 3."

That may be why Bates likes it. With film scores, he told Revolver, "You're just cranking all the time, and deadlines are sort of insane...So just to be able to go out with Manson from time to time and...blow off some steam is amazing."

Apart from the aforementioned cut on the "John Wick" soundtrack, Bates' two gigs don't intersect much. But as a veteran of the action and horror genres—including several collaborations with Manson's "Twins of Evil" tour mate Rob Zombie—Bates brings a built-in creepiness that's right at home on tracks with names like "The Mephistopheles of Los Angeles. Manson, for his part, is no stranger to the world of film and television, with noteworthy appearances on "Sons of Anarchy," Michael Moore's "Bowling for Columbine," and most recently, HBO's "The New Pope."

And while every entry in Manson's discography is undeniably a Marilyn Manson record, he's never been interested in "John Wick"-level world-building, nor in crafting a seamless, cosmic mythology like the Marvel Cinematic Universe, of which "Guardians" has become an increasingly important part. If anything, the DC Universe, with its singular entries in a loose canon, might be a more apt comparison. In related news, James Gunn's "The Suicide Squad," with music by Tyler Bates, hits theaters in 2021.

Catch up on Tyler Bates' impressive filmography on demand with DIRECTV and AT&T TV.