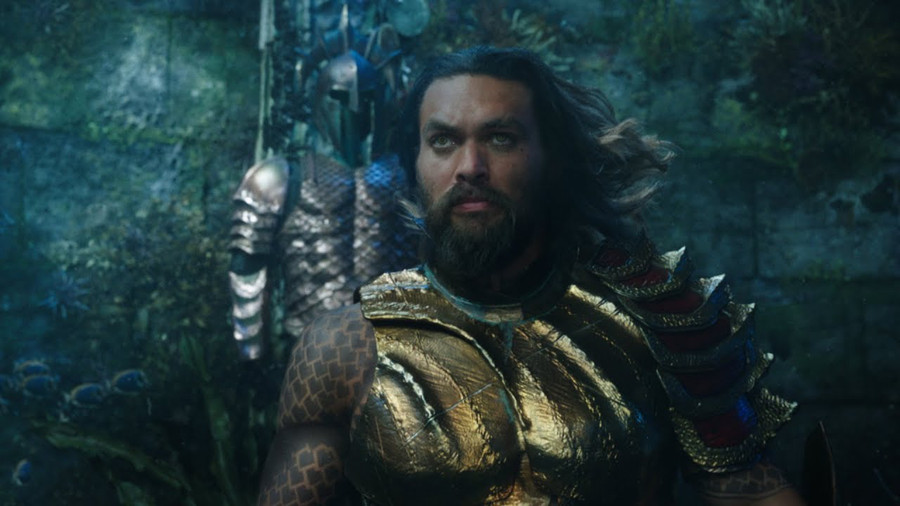 You won't see "Aquaman" reviews for some time, but the social-media levy has broken and the first wave of reactions has crashed online. Perhaps surprisingly, they're almost all highly positive — James Wan's entry in the DCEU has been called "an absolute blast," "breathtakingly beautiful," and "an undersea Star Wars" by those who've seen the superhero movie starring Jason Momoa.

Here are the first impressions:

Against all odds, I really dug #Aquaman, which offers thrills chills and a whole lotta adventure for the whole family! Also the president of the United States is a demonstrably evil racist and there appears to be nothing we can do about that! See it on the biggest screen possible

With #Aquaman, James Wan has crafted a world the likes of which we've never seen on screen before. It truly is an undersea Star Wars, with a palpable sense of history, hammerhead sharks with human legs who can pop, lock, and drop it, and flat-out incredible creature design. ?

#Aquaman is ... good! It's certainly greater than the sum of its parts. It's chock full of ridiculous elements but it’s all so inherently bonkers that you’d have to be an utter killjoy to not get caught up in it pic.twitter.com/VV5PMGT9er

Julie Andrews voices a giant kraken in #Aquaman and if that's not the best endorsement I can give for this movie then don't know what is. pic.twitter.com/33ucO34cV0

#Aquaman was an absolute blast, from the charm of Momoa's Arthur Curry, to the spectacular visuals to the fun that it was clear that everyone was having. It was exactly what I was hoping for and I can't wait to see it again! I'll give you more details when I'm allowed! pic.twitter.com/FyeczAJJIJ

James Wan and company put a lot of care into designing this corner of the DCEU. Atlantis looks gorgeous. I love the worldbuilding of Man of Steel and Wonder Woman, and #Aquaman keeps that going. It has its problems, but it really feels different from other superhero flicks.

Excited I can now say how much I enjoyed #Aquaman! It's a cool adventure built on some tremendous action sequences and set pieces, with a great hero arc/performance from Jason Momoa as the glue. There's fun world building, and it looks wonderful. A great step for the DCEU. pic.twitter.com/Z5iPdilMIR

Saw #Aquaman before thanksgiving and had a week to think about it. It's flawed, but fun. Momoa and Patrick Wilson are absolute gems. Most of all, the movie is just flat out insane. I can't believe how big, creative, and crazy it gets. Gotta see it again! pic.twitter.com/m2oRbHVtu9

There is definitely flaws with #Aquaman but I had so much fun in the cinema! James Wan doesn’t play around with signature visuals, energy and overall tonal consistency.

Jason Momoa is the king of water (Cannot wait to see him excel more in future instalments). pic.twitter.com/bwhgENuhJa

Aquaman is a breathtakingly beautiful, weird, badass, FUN idea of a modern superhero fantasy (anime) and makes zero apologies. Second half's one cheer/laugh after another.

Imagine '80s Schwarzenegger starring in "Hideo Kojima's AVATAR" and you're most of the way there. #Aquaman pic.twitter.com/nmZYjcUm5q

This article was written by Michael Nordine from Indiewire and was legally licensed through the NewsCred publisher network. Please direct all licensing questions to legal@newscred.com.