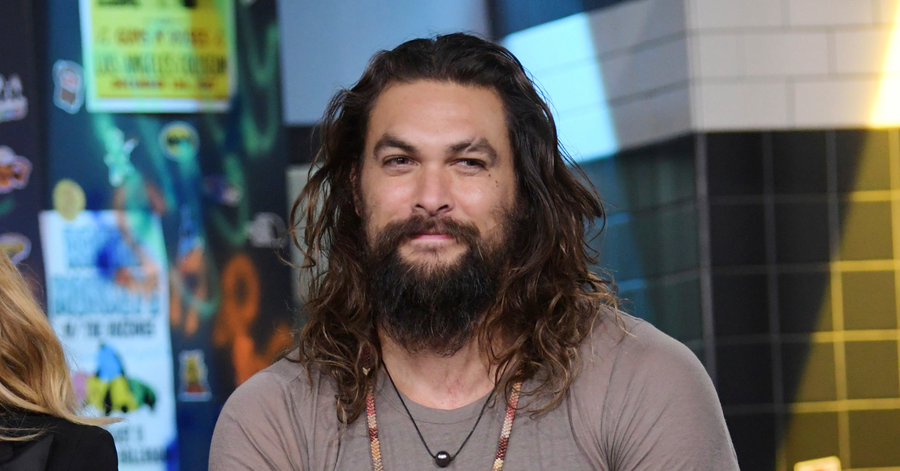 Aquaman, half man, half Atlantis

Aquaman is a colossal warrior who learns of his legitimate right to the throne of the underwater kingdom of Atlantis, but he is also a self-described pariah, above and below the surface of the ocean. He lives his life as Arthur Curry, a man raised by his human father, Tom, despite being the firstborn of Queen Atlanna. Its very existence offers the potential of a bridge between the inhabitants of the ocean and those of the surface, but it will depend on it that one day it can unite them, that day has arrived.

Working together, director James Wan and actor Jason Momoa sought to offer a big-screen rendition of DC's iconic Super Hero that honored his comic book roots, but was also a reinvention for the current audience that lives in the world. real world. From the beginning, suggests the director, both shared a unique understanding of Arthur's own dilemma.

"I think the reason why Jason connected with the character is because he comes from two worlds," says Wan, who also grew up divided between two different cultures. "Jason is a Hawaiian who grew up in the conservative central region of the United States. He never felt fully integrated into either of these two worlds. And that's something I understand, being an Asian born in Malaysia who grew up in Australia. Although I had a strong Australian upbringing, I also retained my Chinese / Malaysian lineage. "

In addition to its diverse origin, several elements of his life as an islander helped Momoa to connect the character in a deeper way. "Like Arthur, I'm a mestizo, divided between Iowa and Hawaii, so I could definitely identify with that element. And from the Philippines to Hawaii, to Tahiti and Fiji. Many islands have their celebrated aquatic gods. That part resonated with me instantaneously. And that's not all, I studied marine biology in Iowa, "adds Momoa, drawing even more comparisons between himself and the character he plays. "Surprisingly, there was this campus in the middle of Des Moines, and it was all about aquatic life-sharks, eels, et cetera. Being an islander, I really love the ocean. It is something that terrifies me completely and at the same time, it attracts me. It's relaxing. Evolving always. In constant movement. Like fire, you can lose yourself looking at it. The mind stays entertained with him. You can lose yourself in him. "

Unfortunately for Arthur, time is not on his side. His half brother, Orm, has made sure of it and his plan to incite the war, allowed the filmmakers to include a vital message about the health of our planet in history.

"Orm has decided to unite all the kingdoms of the ocean and attack the surface world, largely because of all the things we do to pollute our oceans," Momoa explains. "Arthur does not care if he's king, he does not want Orm to damage the surface. All Orm wants is to unite the seven kingdoms and take over the world.

Finally, Arthur realizes that he must stop it and the only way to do that is to embark on this huge crusade, this epic journey. " Directing this search is Mera, daughter of King Nereus and princess of the underwater kingdom of Xebel. In addition to her real status, she has the gift of hydrokinesis, an extraordinarily powerful ability to manipulate water. "What I love about our movie is that James, the writers, the producers, none of them wanted to create another damsel in trouble for Mera," says Heard about his intense heroine. "And at least I, I felt very grateful that they approached the female protagonist like that. In her own right, Mera is an individualist who is a proactive and driving force. I think it's the public's desire to see women playing strong roles and she, in all respects, is totally equal to Aquaman and over and over again, she saves himas much as he to her. "

"She emerges from the water in the middle of the night, as a last resort, to drag from the lapels a stubborn and reticent Arthur out of the surface world, out of his careless, drunken, melancholy and ignorant comfort zone to make join him in the mission to stop the danger of King Orm, "Heard continues. "She's the only one who can really persuade Arthur to go to Atlantis and save the world." "In the world of comics, Mera is in fact more powerful than Arthur, in many ways," says Wan. "She has power that not even Arthur has, which I find fascinating. I know that was what attracted Amber to the role. But Amber also plays with her vulnerability, which I think is what the role needs. Nicole Kidman gives life to the Atlantean monarch, whose struggle for freedom activates the entire history of the origin of Aquaman. "She is a queen, but she is also a mother who must sacrifice being with her son to save him," observes Kidman. "That's a big issue, that sacrifice, what that costs a person and what it does to the family. I love the character for its strength. James has always told me that Atlanna is the beat of the story, which I thought was beautiful. "

This article was from CENFENG and was legally licensed through the NewsCred publisher network. Please direct all licensing questions to legal@newscred.com.