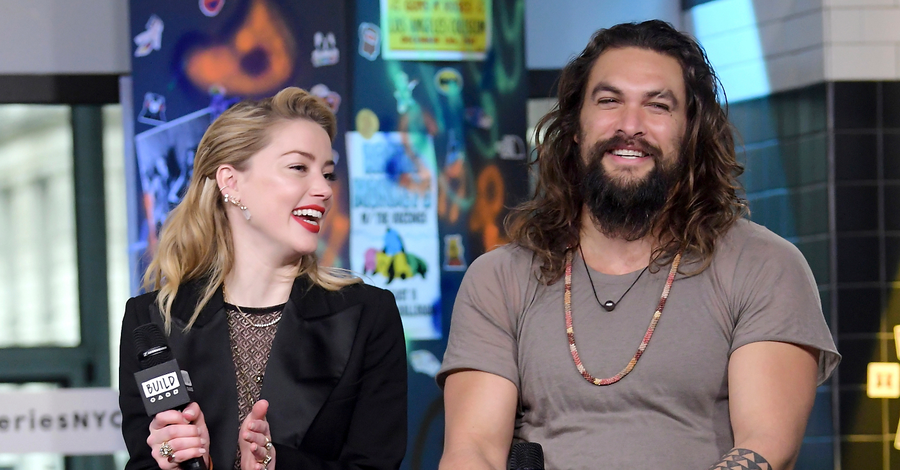 Just over a year since the mixed critical and audience reception for "Justice League," fans of the Warner Bros.' DC-verse are looking for James Wan's "Aquaman" to get the series back on track. And based on the first round of social media reactions on Monday, their wish might be granted.

"Aquaman" received its first screening at a Warner Bros. press event Nov. 14, and critics and reporters who attended have been at high tide since the social media embargo lifted earlier Monday. Many are even hailing the film as equal to — or possibly better than — last year's "Wonder Woman," which was one of the top films of summer 2017 with $821 million grossed worldwide.

"'Aquaman' is the most ambitious DC film to date," tweeted Fandango managing editor Erik Davis. "A big, sprawling visual spectacle that is gorgeous, crazy, stuffed with terrific action, and a lot of fun to watch. James Wan, in my opinion, is the true star – he elevates the material, makes it entertaining and conquers it."

"'Aquaman' is a big, fun, wild ride," writes io9's Germain Lussier. "It's unabashedly melodramatic and over the top with the largest, most ambitious sense of scale imaginable. Parts of it are kind of bad but they are not the majority and, oddly, still fit in with the cartoony tone. 2nd best DCU movie."

/Film's Peter Sciretta described the film as "like a Marvel phase one movie, in a good way. It's at its best when it's having fun and not taking itself too seriously. Black Manta is a great villain that comic book fans will love. Some truly spectacular one-shots and good action."

The film sees "Justice League" star Jason Momoa's future king of Atlantis join fellow Atlantean warrior Mera (Amber Heard) to stop his half-brother Orm (Patrick Wilson) from unleashing a war on humanity. At the same time, he must also stop a threat from the surface world in the form of arch-nemesis Black Manta (Yahya Abdul-Mateen II).

Official tracking estimates for "Aquaman" are not due until this Thursday, but analysts who spoke with TheWrap say the film is likely to give the domestic box office its first $100 million-plus opening since "Jurassic World: Fallen Kingdom" way back in June.

Short & sweet reaction to #Aquaman is that I loved it. It’s a comic book movie through & through with great action, iconic moments & visual spectacle to spare. Momoa makes the character his own & Wan honors the traditional aspects, but elevates it to the modern era. It’s a blast.

Against all odds, I really dug #Aquaman, which offers thrills chills and a whole lotta adventure for the whole family! Also the president of the United States is a demonstrably evil racist and there appears to be nothing we can do about that! See it on the biggest screen possible

Aquaman is a breathtakingly beautiful, weird, badass, FUN idea of a modern superhero fantasy (anime) and makes zero apologies. Second half's one cheer/laugh after another.

Imagine '80s Schwarzenegger starring in "Hideo Kojima's AVATAR" and you're most of the way there. #Aquaman pic.twitter.com/nmZYjcUm5q

This article was written by Jeremy Fuster from The Wrap and was legally licensed through the NewsCred publisher network. Please direct all licensing questions to legal@newscred.com.