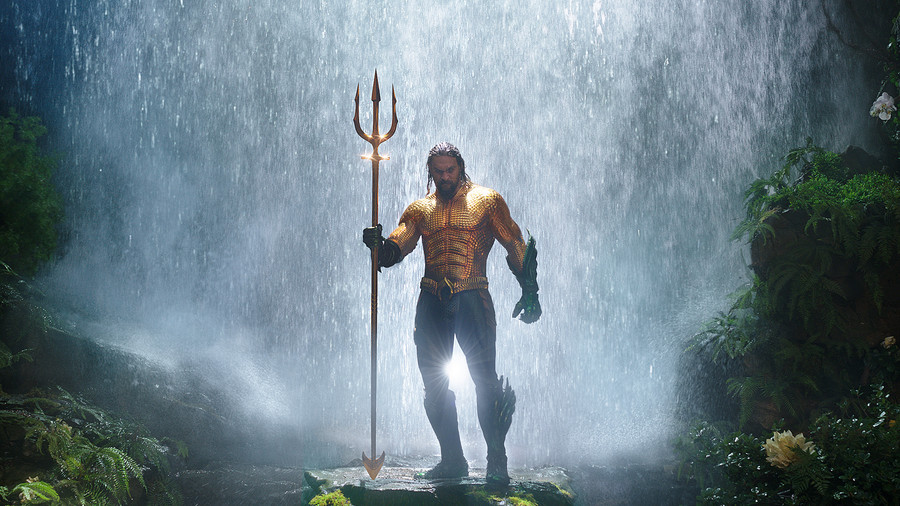 Aquaman is finally getting his own movie, and the extended trailer for the upcoming film puts the identity crisis faced by the DC Super Hero front and center.

"My parents were from different worlds, and I was the product of a love that should have never been. A son of the land, and a son of the seas."

First off, Aquaman's birth name is Arthur Curry. And if that sounds like he's just a regular old bloke who could be working down on a loading dock in England, that's because Aquaman's father is actually a lighthouse keeper named Tom Curry.

Tom was living a solitary life when he discovered the badly injured Atlanna, the queen of Atlantis, after a hurricane. He nursed her back to health, they fell in love and their fated romance leads to the birth of Arthur. Tom and Atlanna attempt to raise Arthur like a regular human kid (or surface-dweller, in Atlantean lingo), but the trailer hints at Arthur's destiny when Atlanna tells baby Arthur, "You can unite our worlds someday." No pressure, right?

Throughout Arthur's childhood, the actions of the people around him help shape his outlook on surface-dwellers and sea creatures. In another trailer for the film, a young Arthur is getting teased by other kids for talking to the fish at an aquarium. As the kids make fun of him, a shark begins slamming against the glass, creating a massive crack. Then, Arthur puts his hand out, almost as if he's commanding the shark and the rest of the sea animals in the glass tank.

Aquaman is widely considered to be a loner and an outcast, and it appears that his experience at the aquarium played a part in him not feeling comfortable around surface-dwellers. It's not apparent if this childhood event made him relate less with his human side, but it certainly looks like his effective communication with the sea animals made him become more in tune with his Atlantean side.

Momoa's childhood helps inject a lot of real emotion into Aquaman's struggle. In an interview on the Aquaman set, Director James Wan said, "[Aquaman] is a guy who’s kind of trapped between two worlds. He doesn’t feel like he belongs in the surface world, but he doesn’t feel like he belongs in the world of Atlantis as well, the underwater world ... Someone like Jason, who is himself [of] mixed ethnicity as well — he brings a lot of that flavor to it, and I think it makes it more interesting.”

In an interview with Daily Telegraph, Momoa agreed with Wan.

"I love the fact that he is half-and-half [half Atlantean, half human]. I can really relate, being born in Hawaii and raised in Iowa … [and him] coming from this Atlantis-Hawaii and not really feeling accepted in either place."

It'll be interesting to see how Aquaman's internal identity struggle plays out on the big screen. In the United States, there are 9 million multiracial citizens, and many of them experience similar issues of acceptance and belonging every day. This film has the potential to help multiracial people feel more comfortable in their own skin, which would be a pretty awesome achievement for a superhero movie.