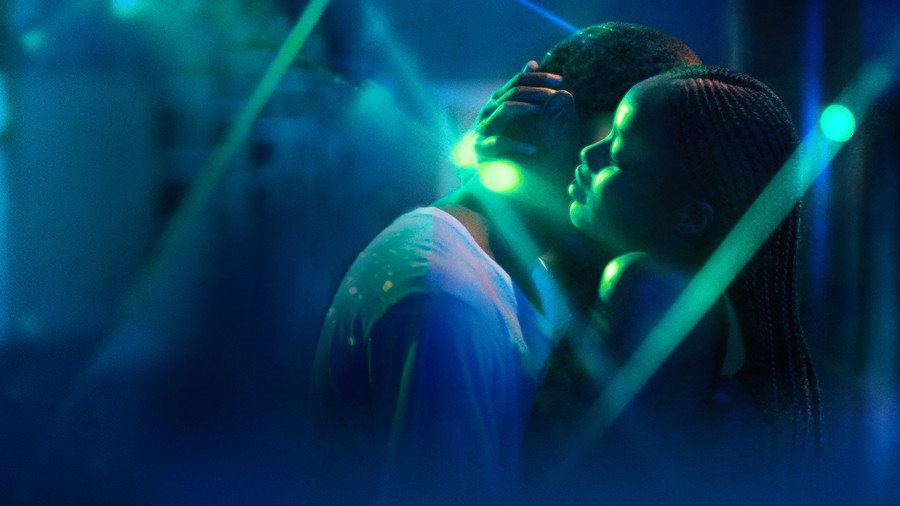 When director Bong Joon-ho won the Golden Globe for his groundbreaking thriller "Parasite," he offered this savvy piece of advice: "Once you overcome the one-inch-tall barrier of subtitles, you will be introduced to so many more amazing films." So we're here to help you do just that with an international tour of the cinema of the 21st century!

Come hop aboard and see where the cinematic adventure takes you as we highlight 18 films from 18 different countries across all six populated continents, each of which could make a great entry point for getting into foreign film.

We start our tour in Australia with an international tale and a few familiar faces. "Lion" tells the real-life story of a young boy from the slums of India who winds up getting stranded from his family and adopted by a white Australian couple (Nicole Kidman and David Wenham). Saroo (Dev Patel) grows up to be a young man searching to understand his own complex, multi-cultural identity, which makes this harrowing, but ultimately uplifting, family drama the perfect entry point for our tour.

Next, we'll hop over to India itself for Mira Nair's delightful family wedding comedy "Monsoon Wedding." This charming yet insightful ensemble romance is sort of like "Love Actually" crossed with "My Big Fat Greek Wedding," all infused with the spirit of its New Delhi setting. It's perfect for rom-com lovers and rom-com skeptics alike.

For those who like to see familiar genres done right, we've got two films to recommend from East Asia. Japan's Oscar-winning animated film "Spirited Away" has the same kid-friendly whimsy as you might find in an American animated flick. But its emotionally complex story is also the perfect encapsulation of what makes director Hayao Miyazaki and his famed Studio Ghibli so special.

Meanwhile, for a sleek, modern zombie thriller done right, it's hard to beat "Train to Busan." This South Korean, action-horror film unfolds on a high-speed train heading from Seoul to Busan when the zombie apocalypse suddenly breaks out. With set pieces and performances that will stick with you long after the credits roll, this film speaks the international language of zombie fun.

There's a reason "Crouching Tiger, Hidden Dragon" became such a cultural phenomenon back in 2000. This wuxia (martial heroes) epic has something for everyone, from its stunning action choreography to its incredible female characters to its achingly romantic spirit. With familiar faces like Michelle Yeoh and Chow Yun-fat, this Chinese martial arts fantasia is a great intro to foreign cinema.

The next leg of our tour takes us to two moving family dramas from the Middle East. Iran's Oscar-winning film "A Separation" is a thoughtful, intimate story about a middle-class couple going through a divorce and the complications that arise when a working-class caregiver enters their lives. While the film's plot may be simple, it has an emotional complexity that's truly stunning.

That's also the case for the Turkish drama "Mustang." Perfect for fans of Sofia Coppola's "The Virgin Suicides," "Mustang" follows a family of five sisters growing up in a conservative household in a remote village in Turkey. While the film is rooted in the specifics of its setting, it will also resonate with anyone who loves stories about women trying to find their place in a world that constantly wants to stifle them.

The next stop of our tour lightens things up considerably with the whimsical, French, romantic comedy, "Amélie." This five-time Oscar-nominated film, centered around an optimistic and imaginative Parisian waitress, was a bit of a sensation when it premiered back in 2001. And it's still just as delightful today.

Next up is a comedy with a decidedly different tone. In fact, Germany’s "Toni Erdmann" just might be the single weirdest movie on this list. But if you're a fan of cringe comedies with heart like "The Office," this story of an overworked businesswoman and her prank-loving father could be right up your street.

Are vampires more your thing? Then check out the Swedish romantic horror film "Let the Right One In." This 1980s-set movie follows a lonely 12-year-old boy and his unusual new neighbor as they strike up a friendship. It's like a bloody, brutal, beautifully shot answer to "Twilight."

Some familiar faces join us for our next stop in Spain. Antonio Banderas gives one of the best performances of his career in "Pain and Glory," a semi-autobiographical exploration of director Pedro Almodóvar's life. This richly saturated, lushly told story about life, love, art and addiction also features a great supporting turn from Penélope Cruz.

From one Spanish language film to another, our cinematic tour hops over to South America, where we start with the Chilean drama "A Fantastic Woman." This 2018 Oscar winner centers on a young transgender woman named Marina (Daniela Vega), who dreams of being an opera singer. When tragedy strikes; however, Marina must contend with a world that isn't always keen to help her — all while maintaining her own irrepressible spirit.

And now for something completely different! Brazil's "Bacurau" is perfect for fans of genre-bending sci-fi action films. This "Weird Western" centers on a small rural town in the near future. When telephone signals go down and ominous strangers begin to arrive nearby, the residents of Bacurau must make their last stand. This unique film is packed with both social commentary and brutal, bloody action.

Next we head on up to Mexico. If you only know Diego Luna from his role as Cassian Andor in "Rogue One: A Star Wars Story," you're in for a treat when you revisit his breakout role in "Y Tu Mamá También." This coming-of-age story stars Luna and his real-life friend, Gael García Bernal, as two teenage boys on a road trip with a sexy older woman. Helmed by director Alfonso Cuarón ("Gravity" and "Roma"), "Y Tu Mamá También" pushed boundaries with its content but won over critics and audiences alike with its wistful, intelligent storytelling.

Let's not forget about our friends in the north! The 2001 Canadian film "Atanarjuat: The Fast Runner" was the first feature written, directed and acted entirely in the Inuktitut language. This three-hour epic brings an ancient Inuit legend to life, all while immersing audiences in the world of the Arctic at the dawn of the first millennium.

The final leg of our tour takes us to the underappreciated arena of African cinema. We start in Senegal with the supernatural romantic drama, "Atlantics." This unusual film is set in the coastal city of Dakar, where a group of young men makes a desperate decision to sail to Spain for a better life. When the men go missing; however, strange occurrences begin to impact those they've left behind.

Next, head over to South Africa for the acclaimed crime thriller "Tsotsi." This multi-lingual drama follows a young gang leader from the slums of Johannesburg, who finds a path to redemption when he steals a car with a baby in the backseat.

Finally, we end our tour in Nollywood, the nickname for Nigeria’s thriving film industry. Nollywood movies are a great entry point for new foreign film fans because many of these stories unfold in English, Nigeria’s official language. And there's no better place to start than with one of the highest-grossing Nigerian films of all time, "The Wedding Party." This crowd-pleasing romance about a chaotic wedding day has a comedic spirit that's thoroughly universal.