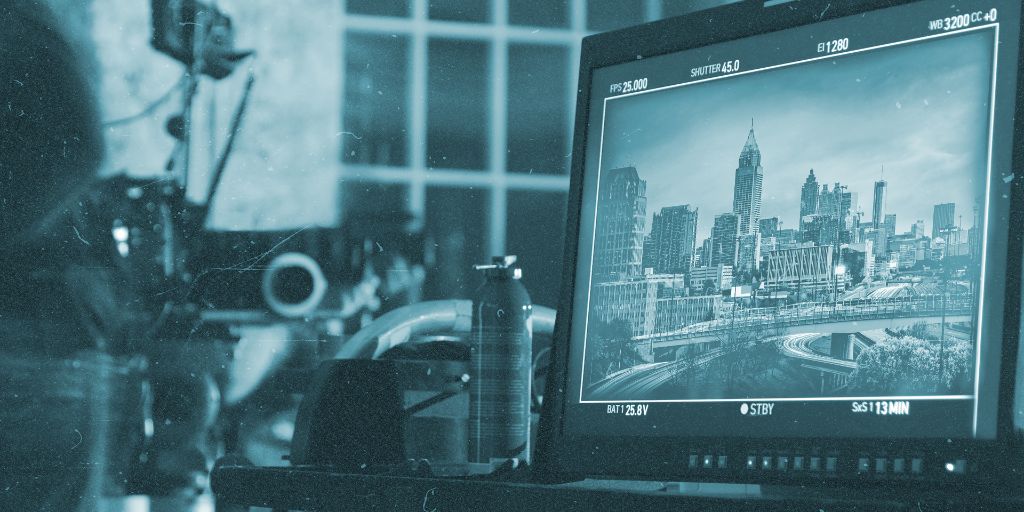 Step aside, Hollywood: Dogwood is in bloom. In recent years, the entertainment industry has bubbled over from Los Angeles and New York and taken root in the rich soil of the South. With its (relatively) temperate climate and great state tax incentives, Atlanta has grown into a thriving third home for the entertainment industry, stimulating Georgia’s economy with billions of dollars and tens of thousands of jobs. As the number of films and television shows both filmed and set in Atlanta continues to rise, here's a look at some notable entertainers that call Atlanta home (or at least home base).

No list of Atlanta-based entertainers would be complete without Madea her/himself. The multi-hyphenate actor-filmmaker-producer-comedian has famously lived and worked out of Atlanta since 1990. In 2015, he converted a former military base into Tyler Perry Studios, which has since been used to film popular TV shows and blockbuster films like AMC’s hit The Walking Dead and Marvel’s Black Panther. Not only is Perry one of the most successful filmmakers of all time, period, but, with all the projects he brings to the city, he’s a one-man economic stimulus in Atlanta.

We asked 100 people to name a top Atlanta entertainer...survey says...Steve! For years, the Family Feud funnyman and his own family split time between Atlanta, where he hosted the popular game show for nearly a decade, and Chicago, where he filmed his talk show for NBCUniversal. Nowadays, Harvey’s busy schedule demands he consolidate most of his work in Los Angeles, but he still has a home in Atlanta, probably on a Peachtree Street (there are 57 of them).

The creator and star of FX’s groundbreaking series Atlanta is a true hometown hero. Raised in Stone Mountain, a suburb just outside the city, Glover brings a deep well of personal experience to the project. He’s a rapper (and comedian and actor and showrunner) from Atlanta, making a show about rappers in Atlanta, who dream of succeeding and bringing their families with them. Glover even recruited his own younger brother Stephen to join him on the show as a writer. The parallels (and the bars) are unbelievable.

Matt and Ross Duffer, the wonder twin creators of the nostalgic Netflix phenomenon Stranger Things, originally intended to name the show “Montauk” and set it on Long Island. But the price and conditions of filming in Long Island were prohibitive, and instead the brothers ended up basing production in Atlanta, where they found a variety of locations to bring the ‘80s heartland aesthetic of their show to life.

The legendary film actress and star of Grace and Frankie became a fixture of the Atlanta arts and philanthropic communities as early as 1991. Throughout her ten-year marriage to billionaire media titan Ted Turner, Fonda called the city home, and she continued to do so for another decade after their split. She even started two non-profit organizations: the Georgia Campaign for Adolescent Pregnancy Prevention and The Jane Fonda Center at the Emory School of Medicine, focusing on adolescent reproductive health and sexuality. Though she now spends more of her time in Los Angeles, Fonda has capitalized on her current career renaissance to fundraise and garner support for G-CAPP. Now that’s community spirit.

The Blue Collar comedian was born and raised in Atlanta, and still calls Georgia home, though he has frequently appeared as a television host for various LA-based programs over the years. From 2009 to 2011, Foxworthy hosted the Fox game show Are You Smarter Than A Fifth Grader?, and from 2012-2014, The American Bible Challenge, for which he received an Emmy nomination in 2014 (he lost to fellow Atlanta-based game show host Steve Harvey). He's currently one of three judges on comedy competition Bring The Funny.

The cast of The Real Housewives of Atlanta

No need to feel guilty for enjoying this Peachtree State pleasure. The third and most popular installment in the Real Housewives franchise has been on the air for over a decade, growing into a ratings juggernaut. Several of the housewives have even gone on to star in their own spin-offs, including fan-favorite NeNe Leakes, who also appeared on Dancing With the Stars, Lip Sync Battle, and—you guessed it—Celebrity Family Feud. The devil works hard, but Steve Harvey works harder.

The artist formerly (and sometimes currently) known as Chris Bridges has seen unprecedented success across the entertainment industry. As one of the forerunners of "Dirty South" hip-hop, Luda won fans and Grammy awards during a seminal early 2000s musical career, then transitioned almost seamlessly to acting. He's starred in two Academy Award winners (Crash and Hustle & Flow), though he's probably best known as an actor for his role in the Fast and Furious franchise. Born in Illinois, Mr. Bridges moved to Atlanta at age nine, and there's arguably no musician/actor crossover artist with a stronger connection to the city. Well, except maybe...

All right, Andre 3000 and Big Boi aren't really "movie stars," though they did follow up their 2003 mega-smash double album Speakerboxxx/The Love Below with the 2006 film Idlewild, which represents their final major collaborative effort (so far?). But it's hard to imagine the Atlanta entertainment industry as a whole before the release of Southernplayalisticadillacmuzik. And Atlanta, home of Donald Glover, doesn't become Atlanta, created by Donald Glover, without the ATLiens. Now hurry up and make another album, y'all. This is making the wait for The Winds of Winter look like a three-day weekend.