The final season of Game of Thrones promises to pay off all the political intrigue we’ve seen over the last seven. But the Great Game pales in comparison to the Great War ahead. With the Night King, his wight dragon, and hundreds of thousands of undead soldiers on the move, the living have a powerful man on their side: the Three-Eyed Raven, FKA Bran Stark (Isaac Hempstead-Wright).

It’s difficult to explain Bran. First, by his own admission, he’s not really Bran anymore. The little boy who started out a happy-go-lucky castle-climber has transformed into a supernatural vessel for all time and memory. Pretty heavy stuff. Let’s make like Bran and take a look back at his journey. 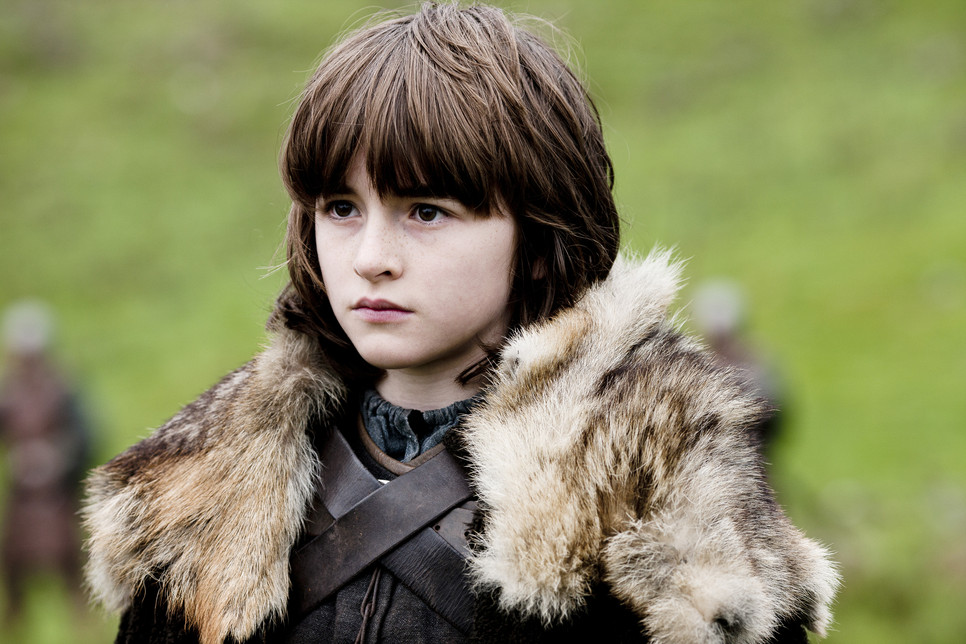 When we first meet Bran, he’s a carefree kid with an appetite for adventure. As the second son of Ned and Catelyn Stark, he’s not destined for lordship, and dreams of becoming a knight in the Kingsguard. Sadly, those dreams are dashed when, in the midst of his best Free Solo impression, Bran happens upon Cersei and Jaime expressing their close familial affection for one another. Next thing you know, Bran’s been tossed out the window like yesterday’s bread—and by the head of the Kingsguard, no less.

And that’s just the first episode of the show! For many fans, the fantasy-stereotype of the chivalrous knight attempting to murder a child is the moment it becomes clear that Game of Thrones is no typical fantasy.

Miraculously, Bran survives, though he’s devastated to learn that he’ll never walk again. More importantly, he starts having dreams about a three-eyed raven flying into the Winterfell crypts. While an interesting bird watching experience in their own right, Bran’s visions also have a deeper significance. When he and his younger brother Rickon discover they’ve had the same dream about their father Ned, concurrent with his execution, it signifies that Bran’s life will only get weirder.

(Not So) Sweet Dreams Are Made Of This

Not long after Ned’s beheading, Theon takes advantage of the fact that the only Starks left in Winterfell are helpless children. As Bran and Rickon hide in the crypts just below him, a desperate Theon strings up the charred bodies of two local farm boys, claiming they’re the little lords, and declares himself the new Lord of Winterfell. Bran and Rickon escape with the wildling Osha and gentle giant Hodor to reunite with Jon Snow. 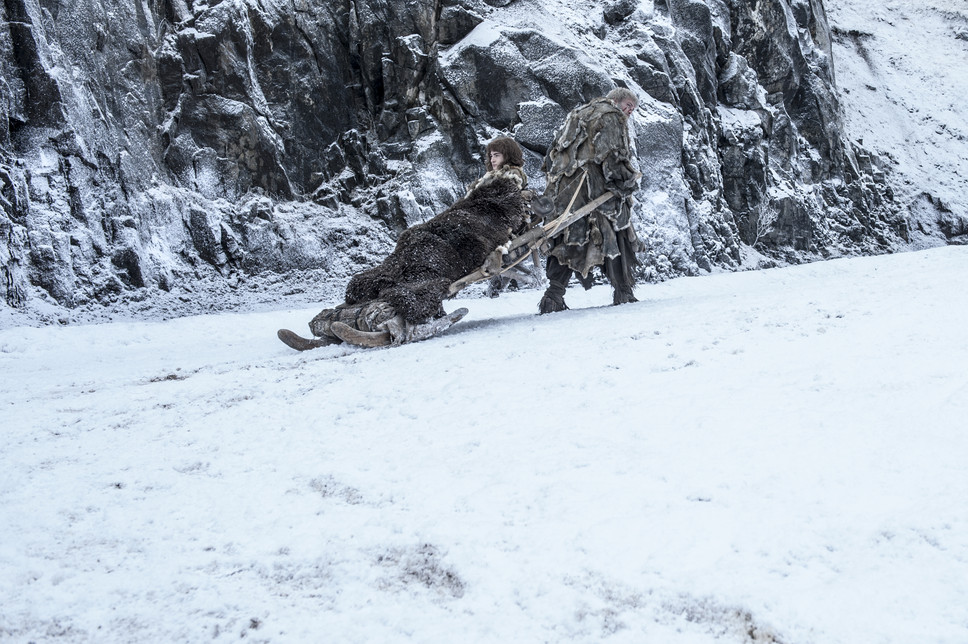 On the way to the Wall, Bran’s dreams become increasingly vivid. In one, he sees a boy named Jojen Reed, who he later meets in real life. It might qualify as a meet-cute if these two blokes weren’t obsessed with the same bird (the Three-Eyed Raven, continuing to haunt their dreams). Jojen and his sister Meera accompany Bran and friends north and provide a little insight into his new powers. Like Jojen, Bran possesses greensight, the ability to see through time and space. But he’s also a warg, meaning he can project himself into animals, like his direwolf, Summer. (See, it’s all getting weirder.)

The group finds themselves trapped in a tower during a wildling raid. Hodor becomes restless and anxious, and Bran pops into Hodor's mind to calm him down and prevent the wildlings from discovering them. However horrifying the potential implications of taking over another person’s mind, Jojen’s impressed, and encourages Bran to come with him north of the Wall to finally find the Three-Eyed Raven. Bran agrees, leaving Rickon and Osha to find their own path to safety.

When Bran, Jojen, and Meera reach their destination, a mysterious cave at the base of giant weirwood tree, they’re attacked by a group of wights. Luckily, a second group—the mysterious woodland sprites known as the Children of the Forest—come to their rescue, but it’s too late for Jojen. (Given that he can see the future, he knew what he was getting into.)

Safe inside the cave, the Three Eyed-Raven (who is no raven at all, which is just a tiny bit disappointing) explains that Jojen sacrificed himself to help Bran find what he has lost—that’s what I call love. Bran asks if the Three-Eyed Raven will help him walk again. “You will never walk again” replies the old man, “but you will fly.”

Bran trains off-screen with The Three-Eyed Raven in season five. When we pick up his storyline in season six, he’s developed the ability to use the weirwood as a portal into visions of the past. During one session, Bran sees his father as a young man and realizes that his father can hear him. Across time and space. The Three-Eyed Raven ejects Bran from the vision, warning him not to interfere with anything he sees in a vision. But later, bored and impatient, Bran embarks on a vision alone and sees the Army of the Dead, led by the Night King, who reaches out and grabs Bran’s arm. Stunned awake, Bran realizes with horror that he has just given away their location, and the magic of the cave will no longer protect them. Parents: never let your kids browse weirwood.net unsupervised. 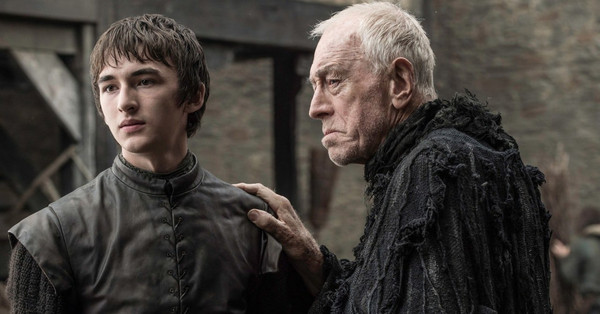 When the White Walkers arrive, the Three-Eyed Raven and Bran are in the midst of cramming in as much time-walking as possible. While the others fend off the undead in the present, Bran—again, through time and space—wargs into Hodor to help his present self and Meera escape, just as the Night King kills the Three-Eyed Raven.

Here’s where it gets really weird and tragic, even for Game of Thrones. The group reaches the cave’s back door just shy of the undead, and Hodor employs his brute strength to barricade the exit and buy time for his friends to escape. With wights hacking him to pieces, Hodor follows Meera’s repeated present-day commands to “hold the door.” But as time-traveling Bran observes a past scene of everyday life at Winterfell, Bran wargs into current Hodor (real name: Wylis), creating a singularity between the past and the present. Meera’s desperate plea from the future warps young Wylis’ mind, slurring the repeated scream of “Hold the door!” into a single word: Hodor. We’d seen the confusion and pain in Hodor’s eyes after Bran seizes control, even for just a moment. But this is something else. With Game of Thrones barreling towards a climactic battle of ice and fire, Hodor’s origin story, and Bran’s complicated role in it, prove that secondary characters still shape the narrative and deliver meaning.

Following their escape, Bran and Meera head to Winterfell, but not before Bran travels back in time to see the ending of that vision of his father. There, he casually observes, oh, just the answer to arguably the key mystery of the series: that Jon Snow is actually the son of Bran’s aunt Lyanna and crown prince Rhaegar Targaryen.

Between all the brushes with death, un-death, and visions of the past that shatter an entire continent’s assumptions, it’s understandable that Bran would struggle to cope. After Meera delivers him to Winterfell, when she comes to bid him farewell, all Bran can muster is a terse “thank you.” She risked her life for you, man! Her brother died for you! And apparently, you can see through time and space, but can’t pick up some of the least subtle romantic signals imaginable. 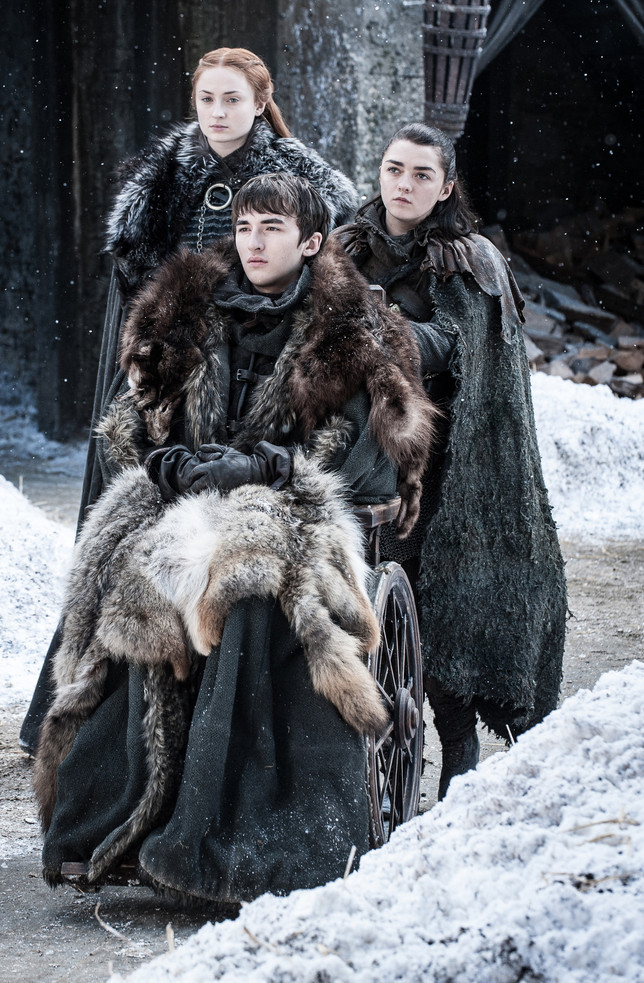 It’s another of the show’s reminders of the cost of war. Whether you’re fighting a rival house or a centuries-old undead enemy, you pay a heavy price, often your own humanity. “I remember what it felt like to be Brandon Stark,” he tells his sisters, “but I remember so much else now.” Please, Lord Stark was my father. Call me The Three-Eyed Raven. By season’s end, the other Starks aren’t quite sure how to process their little brother’s new identity, but between his omniscience, Sansa’s powers of deception, and Arya’s love of killing, the three of them come together to outsmart longtime family frenemy Littlefinger. 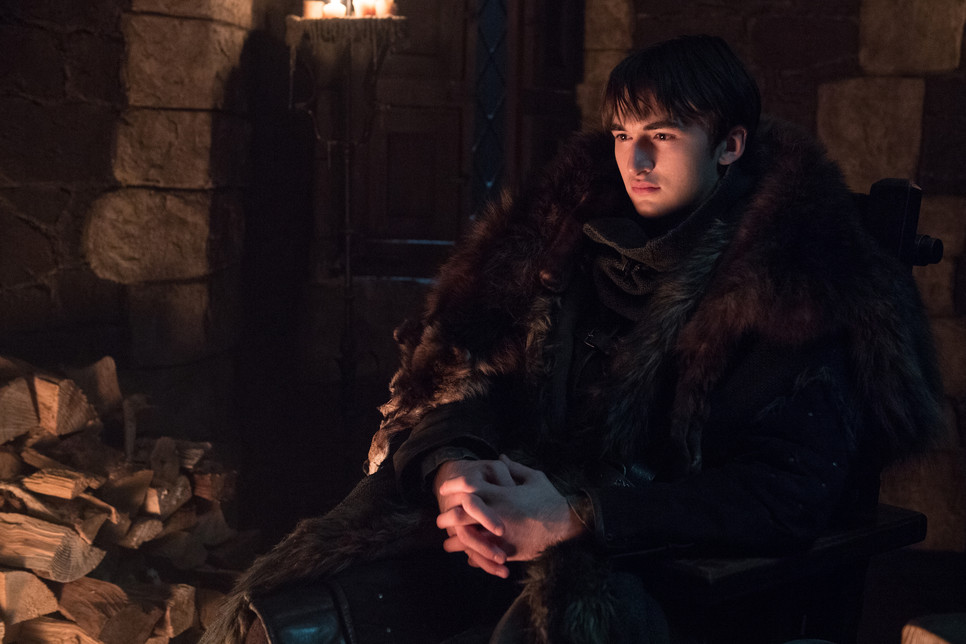 With increasingly awesome powers and a horrible childhood even by Westerosi standards, Bran isn’t the easiest character to identify with. But his role as the new Three-Eyed Raven doesn’t just make Bran a convenient tool for plot exposition; it also makes him the astral plane arch-nemesis of the Night King. As the battle between the living and the dead comes to a head, Bran’s powers are bound to come into play. He’s a reminder that wars may be fought with swords and even dragons, but a socially awkward, physically disabled boy may be the most powerful weapon of all.

In the meantime, Bran’s powers have plenty of real-world implications, but it’s fair to wonder: Does any of it matter? We’ve already seen him discover the truth about Jon Snow’s lineage, but what do bloodlines matter to a being who exists outside of time? With Jaime headed north to fight alongside the Starks, will Bran remain detached from his past, or will the reunion with his would-be killer cause him to unravel even further? (Hopefully, he can see enough of Jaime's redemption arc to let it slide.) Most importantly, how will his ability to observe and influence the past shape Westeros’ future? Only time (Bran? Is that you?) will tell.

Find out Bran’s role in the wars to come on the final season of HBO’s Game of Thrones, airing Sunday nights on DIRECTV.