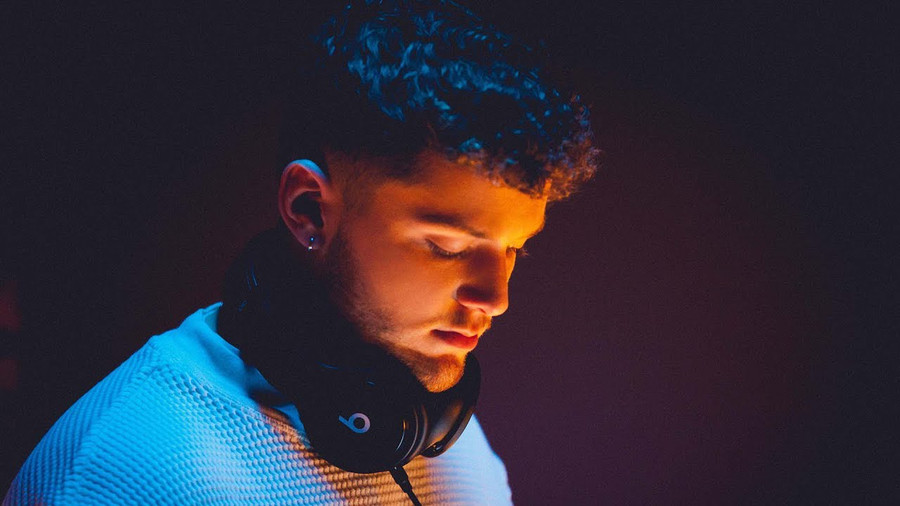 The AT&T THANKS® Sound Studio is your all-access pass to performances from your favorite artists – on us. We host shows and interviews at iHeart Radio Stations, year-round, in cities across the country to show support for the customers who support us! Check out the some of the latest artist interviews from the AT&T Sound Studio below!

20-year-old Michigan native, Bazzi, recently met up with us at LA’s 102.7 KISS FM studio to talk about his recent claim to fame and to perform two of his hit songs.

Bazzi has been releasing music since 2016, but it wasn’t until 2018 that people really started paying attention. After a tweet with his song lyrics got over 80K retweets, Bazzi started trending immediately — at one point his song, Mine, was averaging 3 million streams a day.

A few months later, he released the full album, Cosmic, which hit number 14 on the Billboard 200. Now, the singer/songwriter is working on a project with EDM producer and DJ Marshmello after opening for both Camila Cabello and Justin Timberlake on their respective 2018 tours.

Despite being in the spotlight, Bazzi doesn’t let it get to his head. Instead, he stays focused on the music and making projects that he’s proud of. Watch the full conversation below. And, if you like what you hear, be sure to catch Bazzi on the last leg of his 2018 North America tour!

A few days later, singer MAX stopped by the 104.3 MYfm studio to sing his hit song Lights Down Low and talk about the vision for his upcoming album – he still hasn’t released the album’s name, but he hinted that its initials are H. O. D!

MAX is certainly no stranger to the spotlight. Born and raised in Hell’s Kitchen, he is also an actor, dancer, and model. He has performed on Broadway, modeled with Madonna for Dolce and Gabbana, and won the prestigious YoungArts Theater Award in 2010. He’s also acted in several Nickelodeon shows and co-wrote the song “Show You How to Do” for the Disney show, Shake it Up!

Now, MAX is focusing his time and energy on his music. With his new album, he hopes to bring it back to the basics and make something that’s “authentic.” To him, it’s more important for the music to resonate with people than for it to go viral. Watch him discuss Lights Down Low – the song he wrote to propose to his wife back in 2016 – and talk more about his career below.

Finally, last week we caught up with lovelytheband at the Alt 103.3 studio in Indianapolis. The indie group, based in LA, has been together since 2016 and recently released their first song “Broken,” exclusively with Billboard. The song is already a big hit and has more than 3 million streams on Spotify.

Late last year, the band debuted their first EP, “Everything i Could Never Say...” which included five new tracks. When asked about his experience writing the album, lead singer, Mitchy Collins, shared how the music helped him deal with his depression and explained that this project is very personal to him.

Now, the trio has just wrapped up two separate tours with bands The Wrecks and La Bouquet and are focused on their next album, “Finding It Hard to Smile,” which comes out on August 3rd. Preorder their album here!