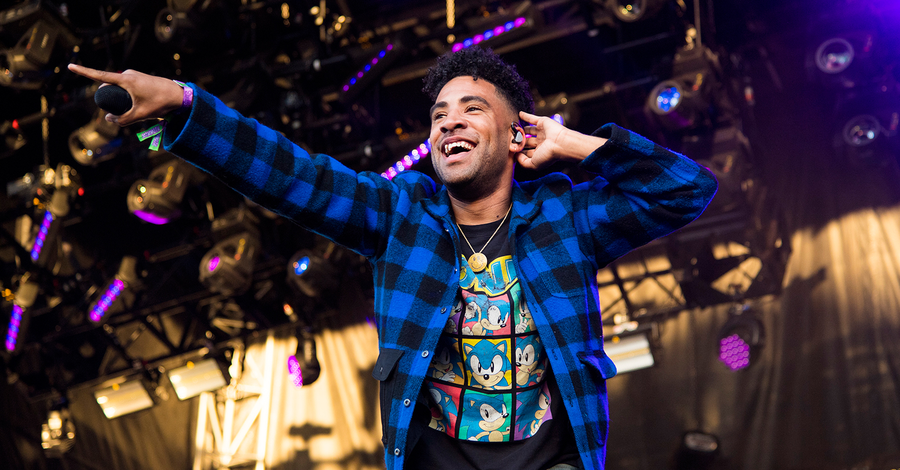 The AT&T THANKS® Sound Studio is your all-access pass to shows from your favorite artists – on us! All year round, we host performances and interviews at iHeart Radio Stations across the country to show support for the customers who support us. Check out the latest artist interviews from the AT&T Sound Studio below!

Christian “King” Combs recently dropped by Orlando’s 104.5 The Beat studio to talk about his up and coming career and his latest single, Love You Better, ft. Chris Brown. If his last name sounds familiar, you’re not going crazy. King is the son of mega-icon Sean “Diddy” Combs – rapper, singer, songwriter, actor, producer, entrepreneur, the list goes on.

But King, who actually got his name from a stranger’s Instagram page, isn’t just another famous kid. He’s got real talent in his own right. And, he’s got quite the ear, sampling artists like Case, 2Pac, and 50 Cent in his recent projects. King is a breath of fresh air, especially today, where everyone is focusing on trap music. He has a unique, old-school 90s vibe to him and he’s definitely an artist to watch.

Check out more of the conversation below, as well as his "Love You Better" video. And if you like the single, be sure to stream his full mixtape, 90's Baby.

Next, we had a special appearance from Youtuber turned singer, Queen Naija, at the 106 KMEL studio in San Francisco. Naija was first introduced to the music industry when she participated in American Idol’s 8th season, where she ended up going all the way to the Hollywood round.

Her YouTube channel, where she posts music related videos and vlogs, has also earned her a large following, now with over 2.7 million subscribers! Her two biggest hits, "Medicine" and "Karma" definitely helped her make a name for herself in the music world, though, and she’s proven she can hold her own in this new creative venture. The singles also helped her snag a spot on Billboard’s Hot 100 earlier this year.

This Friday, Naija will be releasing a self-titled EP consisting of “true, heartfelt soul and R&B songs that people can relate to their own lives.” The EP, which has no featured artists, was a real labor of love for the artist and she hopes it will introduce more people to her work.

Closing out the week is rapper, KYLE, who stopped by the AT&T THANKS Sound Studio to talk about his new album (Light of Mine), performing at the VMA’s, and his love for Kid Cudi – the rapper’s Man on the Moon album actually inspired KYLE to get into music when he was 13-years-old.

He also talked about appearing on Jimmy Kimmel earlier this month to sing his new song, "PlayinWitMe", with Kehlani. It was a great show for the two of them and it was actually their second time performing live together – KYLE was also a special guest at her Christmas concert last year! See their full Kimmel performance below.

Overall, the past few years have been quite a whirlwind for the LA-native, who has collaborated with artists like Miguel, Chance the Rapper, and Tyler the Creator – just to name a few. But, he’s not slowing down just yet. For the rest of the summer, KYLE will be finishing out the last leg of his tour with Logic (get tickets here) and then he hopes to get back in the studio to work on new projects.

If you haven’t already, check out his full album today and listen to more of the conversation below.