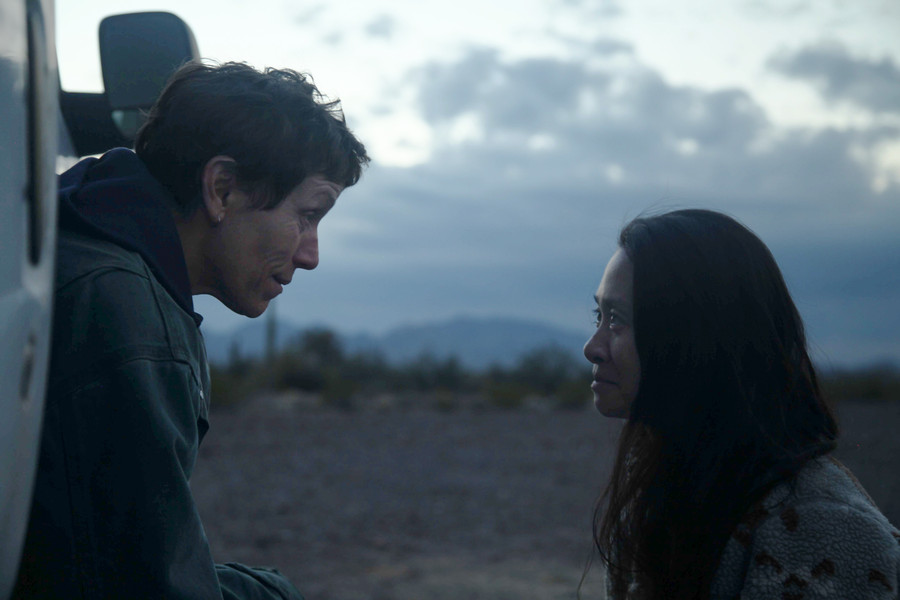 Is It The End of Awards Season As We Know It?

Awards season 2021 has seemed like something out of a sci-fi movie. Stars tuning in from home and sipping champagne in sweats? Celebrities covering their chiseled faces with masks that match their outfits? Outfits that critics continue to talk about despite plummeting ratings and – lest we forget – the ongoing devastation of this global pandemic.

But even before COVID-19 took over the world, the spectacle surrounding award shows and ceremonies had begun to shift. In the age of movements like Black Lives Matter and #MeToo, social and civil injustices are finally taking their rightful spotlight and outshining red carpet conversations about designer duds and celebrity gossip, which only work to fuel consumer culture and the dumbing down of society at large.

Don’t get us wrong, though. We’ve been known to shed actual tears of joy and sheer emotion while watching a well-deserved talent be awarded for their hard-won efforts. (“Schitt’s Creek” sweeping the Emmys last year, anyone?). Recognition and representation are important. But the machine that is our country’s awards season has little to do with the craft that goes into music, television, and filmmaking, and everything to do with the stage. And not the good, Broadway kind.

While we have the rise of social media to thank for the swift spread of meaningful conversations and activism in our day and age, certain performers have used their star-power to raise awareness on significant issues since long before we all had the internet in the palms of our hands.

Since the 70s, Hollywood heavyweights like Marlon Brando and Vanessa Redgrave have used their stage time to make a statement – often leaving members of the Academy squirming in their seats. When he won for his performance in “The Godfather,” Brando sent activist and Apache tribe member Sacheen Littlefeather in his stead to protest the film industry’s notoriously poor treatment of Native Americans while Redgrave shared her controversial opinion on the Israeli-Palestinian conflict while accepting her award for the Holocaust period drama, “Julia.”

The powers that be have worked to cover up these and similar moments over the years, immediately panning away from such speakers or cueing the orchestra to drown out their messages. But in the digital age, that’s not so simple. And an influential voice with an important piece of information can now immediately be heard around the world.

That’s the force behind the downfall of the Harvey Weinsteins of the world, and the force that’s given rise to activist-led movements like #MeToo and Time’s Up. A transformation is at play, however slow it seems. But real, meaningful change often comes from the top, which is why it’s so hard to come by.

In this light, what’s the way forward, and what can we expect to see from awards shows in the coming weeks, months, and years? For starters, instead of asking, “Who are you wearing?” or variations of, “Who are you going home with?” how about refocusing on the topic at hand, depending on the event.

People who care about trends and designers have Fashion Week, and if they’re true connoisseurs they may even recognize red carpet styles without the help of stilted hosts and their veneered smiles. We're not professional emcees, but something like, “How did you prepare for this role?” may be a tad more appropriate of an inquiry for an Oscar nominee at the height of their career.

Actually, this year’s 93rd annual Academy Awards show is making an attempt to veer that way with the unfortunately-titled theme: “Stories Matter.” (Just a thought: No. Too soon. Let’s hold off on the tone-deaf, flippant usage of that phrasing for the time being, shall we?)

The theme is intended to echo producers’ plans to interview 2021’s nominees in an attempt to “highlight the connections between all of us who work in the movies and show that the process is uniquely intimate, collaborative, and fun” – which feels especially superficial given their insistence on formalwear and in-person attendance for nominees and their guests as COVID-19 rages on.

Similarly, the Academy’s bid to diversify in recent years, while welcome, long-awaited, and appreciated, has been met with bated breath. In retrospect, it seems like what finally shook things up and got the ball rolling in the right direction was 2017’s “Moonlight” snafu, when the Oscar for Best Picture was mistakenly first announced for “La La Land.” Looking back, those uncomfortable moments during which those of us who’d seen and loved both films sat back marveling at the system’s injustices, now seem like something of a turning point.

The same year, allegations against Weinstein finally came into the public eye. Hollywood’s leading ladies showed up at the following Golden Globes dressed in black with prominent activists by their sides instead of traditional dates. Work by and about women and people of color seemed to start getting greater recognition and praise, with markedly more diverse awards celebrations taking place than in previous years.

At this month's upcoming Academy Awards, nine out of 20 acting nominees are people of color — a record for the institution. And it’s a year of many never-before-seen nominations. For the first time, two women, Chloé Zhao and Emerald Fennell are in the running for Best Director. Stephen Yeun is the first Asian American to be nominated for best actor. And Chadwick Boseman is the first actor of color to earn a posthumous nomination.

Let this be the beginning of something real and consistent, not an anomaly year. Given Hollywood’s track record, along with the Academy’s desperate attempts to keep up appearances, we’re weary... but hopeful that, this time, awards season as we know it has really come to an end.