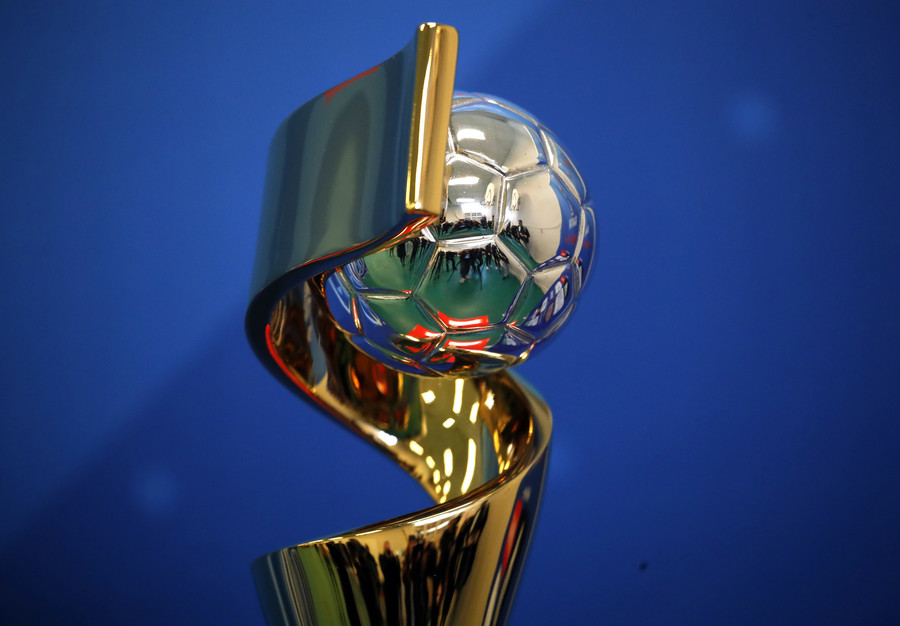 When FIFA released its global strategy for women's soccer last year, it was met with some skepticism. But the sport's governing body is making some strides in implementing the long-range plan — against a backdrop of this summer's World Cup in France.

Sarai Bareman, FIFA's chief women's football officer, told The Associated Press in a wide-ranging interview that there have been three preliminary, or pilot, workshops for member federations in Kuwait, Botswana and Latvia. There will be more individually tailored workshops as the year progresses.

The aim is to help the federations across the globe develop in the women's game — sometimes from the ground up. In Kuwait, for example, a women's futsal league has begun to gain a foothold.

FIFA has also been holding conferences dedicated to women's soccer with each of the six confederations over the past year, with a global event set for June before the start of the World Cup.

Bareman has been extolling the power of the women's game as the World Cup trophy made its way to each of the 24 nations competing in the tournament. While she must work within the confines of her organization, she is a sincere cheerleader for growing the sport.

"I love waking up in the morning and scrolling through my Twitter feed and seeing all this amazing stuff that's happening in the women's game at the moment and especially building up to the Women's World Cup this summer," she said. "It's really creating such a positive momentum and a positive vibe behind the women's game, it's awesome to see."

Bareman's work coincides with efforts by players globally to call attention to inequality with the men's game. The U.S. women's national team filed a federal lawsuit alleging discrimination. Maca Sanchez successfully fought to be recognized as a professional by the Argentine women's league. Ballon d'Or winner Ada Hegerberg isn't playing for Norway's World Cup-bound national team because of what she sees as the federation's lack of respect for the women's side.

FIFA has faced increasing pressure in recent years over its management of the women's game, which critics say gets short shrift.

The organization came under fire four years ago before the start of the last World Cup over the artificial turf fields that were used. A group of players, led by U.S. star Abby Wambach, took legal action, claiming that the men's World Cup was always held on natural grass and holding the women's event on turf amounted to discrimination. The tournament in Canada went on as planned.

However, in the run-up to the event in France, FIFA has taken steps to address at least some concerns about inequity.

Many, including U.S. national team coach Jill Ellis, called on FIFA to use video review, known as VAR, during this year's World Cup after it was used by game officials for the first time at the men's tournament in Russia last year. FIFA announced in March that the technology would indeed be used in France.

"It was interesting for me to see a little bit of the commentary that kind of came along with that announcement, I know a lot of people kind of thought that it was a last-minute decision coming from FIFA, but I can confirm that that was absolutely not the case at all," Bareman said. "We need to make sure that these things are done well when they're introduced and the spotlight is on women's football this summer in France."

FIFA also pledged to increase total prize money for the event to $30 million. The champion U.S. team earned $2 million of a $15 million pool for the 2015 World Cup. Among other changes: FIFA is also contributing to the cost of pre-tournament training for teams for the first time, and the organization said it would hold a public vote on the bid for the next World Cup.

It should be noted that the French men's team earned $38 million of a $400 million pool for winning the World Cup in Russia, so the differences are still quite significant. FIFA has also been blasted for scheduling the women's World Cup on the same day as the Copa America final in Rio de Janeiro and the CONCACAF Gold Cup final in Chicago.

Ellis pointedly said: "In my own personal opinion, playing three big matches in one day isn't supporting the women's game. So, there you go."

Bareman understands the task in front of her, and part of it is helping the member federations understand the women's game represents an area of growth — even in developing nations.

"If you compare — and I don't like to compare, to be honest, the men's and women's game — but when we look at where the men's game is in terms of commercialization, I mean it's almost fully saturated now," she said. "And then you see how far the women's game is away from getting there, it presents the opportunities that exist. And there's no better time to take advantage of those opportunities in the summer at the Women's World Cup."

FIFA's Women's Football Strategy is a five-pronged program that has a lofty goal of doubling women's participation in the game worldwide by 2026. A key component will be ensuring all associations have comprehensive women's plans in place by 2022.

The initiative includes having a woman on the executive committee of all 211 member associations by 2026. The governing body also wants women making up one third of its committee members, up from the current requirement of one per panel.

Bareman said a key piece of the strategy is promotion. What starts at the World Cup, she believes, will eventually boost the game overall, not just at the elite level.

"I guess in a nutshell there's no magic pill that can make the difference. It's really something that I believe we have to address the whole landscape, and the strategy that we created addresses five areas or the five pillars and they cut across all levels of the women's game," she said. "Whether you're in Germany, whether you're in the Pacific region, or New Zealand or Africa, we have to address all five areas or the entire ecosystem to make a sustainable impact."

This article was written by Anne M. Peterson from The Associated Press and was legally licensed through the NewsCred publisher network. Please direct all licensing questions to legal@newscred.com.