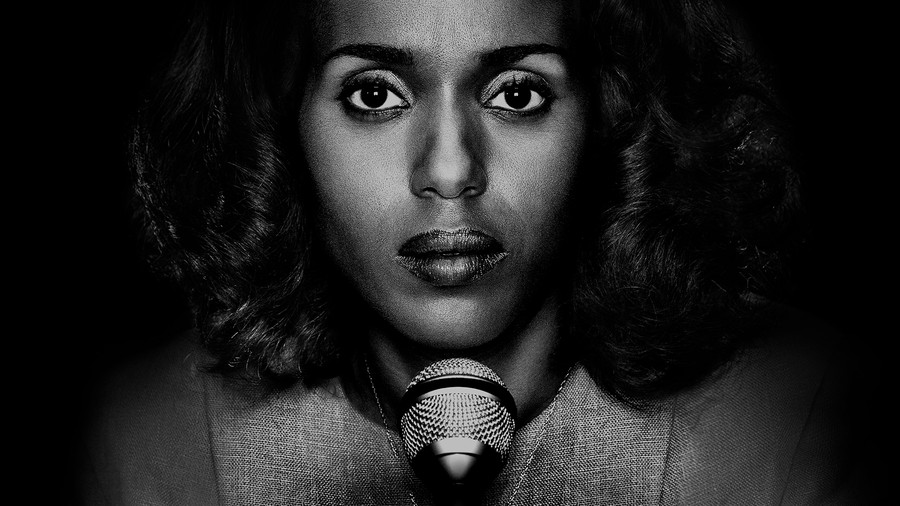 Join us in celebrating Juneteenth with a look back at nine critically acclaimed, award-winning movies that explore the 20th century African American experience. This selection of films shines a light on heroes and untold stories of the Black community across decades, states, and industries, illuminating the lives of major figures in civil rights, politics, medicine, the military, sports, entertainment, and far beyond. Let’s take a look:

In an Oscar-nominated and international award-winning performance, Denzel Washington stars as revolutionary civil rights activist Malcolm X in Spike Lee’s powerful 1992 biopic of the same name. Largely based on Alex Haley’s 1965 tome “The Autobiography of Malcolm X,” the movie follows X's early crimes and imprisonment, conversion to Islam, pilgrimage to Mecca, and evolving perspectives, alongside his personal life, marriage, and ultimate assassination.

Another Fishburne-starring, multi-award-winning, made-for-TV war drama, “Miss Evers’ Boys” is a disturbing look into the Tuskegee experiment, a decades-long secret medical experiment that studied the effects of untreated syphilis by taking advantage of poor African American men. Adapted from a critically-acclaimed play, the film takes place over the course of the 1930s to the early 1970s and is told through the eyes of the titular small-town Alabama nurse, played by Golden Globe winner Alfre Woodard.

Washington leads the cast again with a Golden Globe-winning turn, this time as Rubin “Hurricane” Carter, a real-life middleweight boxing champion who was wrongfully accused of murder by corrupt, racists cops and sentenced to life in prison. While incarcerated, he manages to write and publish an autobiography, which he hopes will win his freedom, and it does — when a young man (Vicellous Reon Shannon) reads his story and gets inspired to take action. Washington’s “astonishing performance” is “spare, focused, filled with anger and pride” and considered by critics to be some of his best work.

At the time of its release, this HBO Original marked “a big step in recognizing the contributions of Dandridge,” according to Variety: “a woman who made Hollywood accessible for other black actors.” As the first Black woman to be nominated for an Academy Award (for her role in “Carmen Jones”), the movie could have done more to explore Dandridge's psyche, but it’s still a favorite for Halle Berry’s Golden Globe and Emmy-winning performance as the talented, yet tormented star.

Jeffrey Wright stars as Martin Luther King, Jr., “playing the civil rights leader with hushed zeal and an inner flame that grows into a fuel burn.” Another Peabody Award-winning effort from HBO Films, the movie is based on the book “Daybreak of Freedom,” which tells the story of the 1955 Montgomery bus boycott and the birth of the civil rights movement. Terrence Howard and Carmen Ejogo shine in supporting roles as fellow activist Ralph Abernathy and King’s wife, Coretta Scott.

Based on a true story, Washington’s directorial debut centers on a violent and troubled sailor assigned to work with a naval psychologist, played by Washington himself. This emotionally-packed drama exposes his traumatic childhood and the chance for new beginnings with the help of a mental health professional. Devastating and inspiring, the screenplay was written by the real-life Antwone “Fish” Fisher himself, who also wrote an autobiography on the subject titled “Finding Fish.” Then-newcomer Derek Luke earned an Independent Spirit Award for Best Male Lead while Viola Davis was nominated for Best Supporting Female.

Kerry Washington stars as lawyer and academic Anita Hill in this political thriller from HBO Films. When questioned by the FBI regarding Supreme Court nominee Clarence Thomas (Wendell Pierce), her sexual harassment allegations quickly come to light of day — followed by a media frenzy, landmark court hearings and the painful reliving of one woman’s trauma. Jeffrey Wright and Greg Kinnear round out the cast as attorney Charles Ogletree and President (then-Senator) Joe Biden, with Jennifer Hudson as Angela Wright (Thomas’ second accuser).

In this incredible true story, Oprah Winfrey plays the daughter of Henrietta Lacks, a young African American mother who transformed modern medicine. Upon her untimely death from cervical cancer, doctors at John Hopkins University discovered that her uniquely aggressive cancerous cells were the first to grow within a lab setting. Without her or her family’s knowledge or permission, these cells ultimately changed the course of history with their use in developing the polio vaccine, in-vitro treatments, cancer-fighting solutions, and other medical marvels. Rose Byrne co-stars as Rebecca Skloot, the writer who documented this case in a book of the same name.