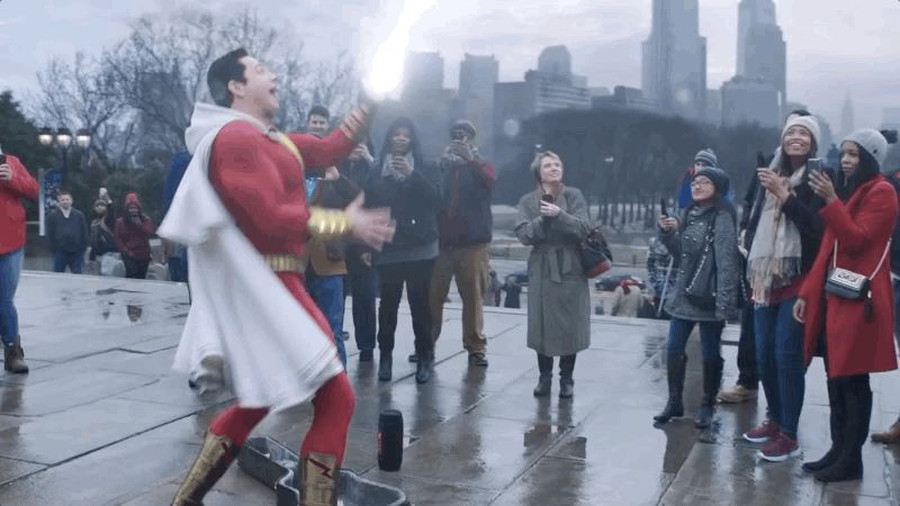 Batman Makes a Soft Cameo in the Latest Shazam Trailer

It’s a very interesting time for Batman in Warner Bros. and DC’s big-budget, live-action movies. Batfleck is no more, and as it stands now, the upcoming Batman solo movie has yet to find its titular hero, but that doesn’t mean the DCEU doesn’t already have another Dark Knight waiting in the wings.

The latest Shazam trailer is a lovely reminder of those simpler, more pleasant times when studios still released major looks at their upcoming films during the daylight hours when most of us are still up and interested in watching them. For the most part, this new look focuses on getting to know what kind of powers Billy Batson gains when he utters his signature magic phrase, but it’s also a reminder that, superpowers or not, when in danger, it’s always a smart idea to throw Batman at the problem. Even if that Batman is a stuffed toy.

The new trailer also gives us a better look at what kind of hero Billy’s destined to become as he faces off against the villainous Dr. Thaddeus Sivana, an adult man with a chip on his shoulder who, in the comics, was once considered to become the newest wielder of the powers Billy ends up with.

Just what it is that makes Billy a worthier hero than Sivana ever could have become is anyone’s guess, but it feels safe to assume that it’s got something to do with his lighthearted attitude and willingness to take responsibility for his actions when he messes things up.

For more, make sure you’re following us on our new Instagram @io9dotcom.

This article was written by Charles Pulliam-Moore from io9 and was legally licensed through the NewsCred publisher network. Please direct all licensing questions to legal@newscred.com.