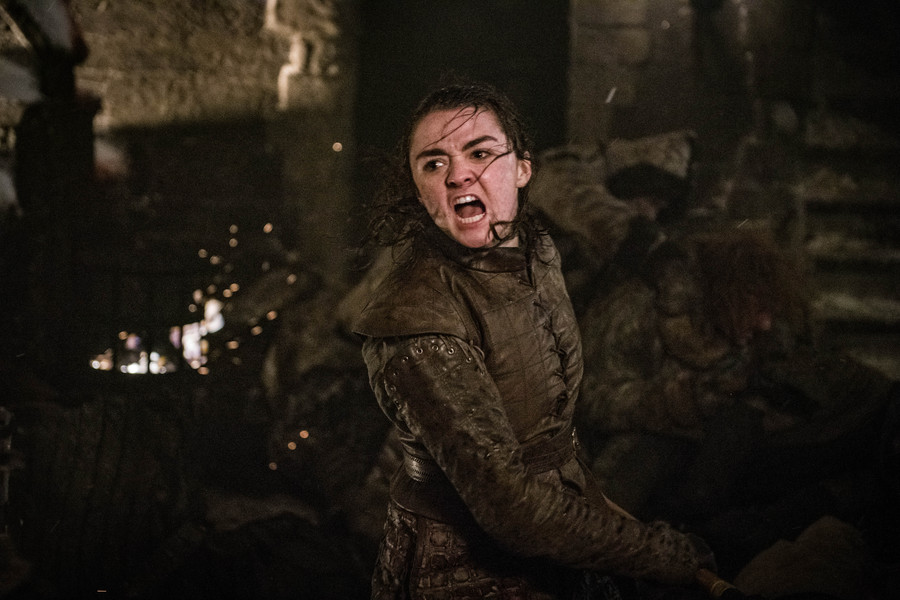 Battle Breakdown 8.03: Teams, Tactics & Triumphs of the Battle of Winterfell

"The Long Night" lived up to its title: it was the longest episode of Game of Thrones yet, and featured its most cinematic, ambitious battle. How did the Battle of Winterfell shake out? Let's break it down, piece by piece.

Broadly, this cinematic battle pits the Night King against the Northern forces and their Targaryen allies (a coalition of ice and fire, if you will). It’s living versus dead, light versus darkness, and hope versus despair.

Specifically, the major participants and factions are:

Other champions of the living

The stakes are “the whole world and everyone in it.” If the Night King wins, it’s lights out for humankind. Yes, that includes you, Cersei.

Winterfell, ancestral seat of House Stark. After eight seasons of wildly divergent and far-ranging storylines, it’s nice to see the Starks stay in one place for a while.

If the Night King wants to put all of Westeros on ice, he must first defeat Bran, the Three-Eyed Raven. For better or worse, Bran is psychically linked to the Night King. Therefore, if Bran waits in Winterfell, the dead will come knocking, and the Targaryen-Stark alliance can make a stand in the location that offers them the most tactical advantages.

Besides “gathering the best army we can in Winterfell and drawing the Night King to us,” here’s what the Stark-Targaryen team cooked up:

But could it work?

The best laid plans can go horribly awry, especially in Westeros. Here’s how the Battle of Winterfell went down.

With the army of the dead approaching, Melisandre gets everyone hyped up by using an incantation to set the Dothraki arakhs alight. But even armed with fire, the Dothraki warriors prove no match for the sheer mass of wights. Only Jorah Mormont, a handful of Dothraki, and (according to the episode 4 preview) Ghost escape.

With the Dothraki charge broken, it’s up to the Unsullied and Westerosi forces to defend the walls of Winterfell. Yet again, Melisandre busts out the pyrotechnics, lighting up all the defensive trench built outside the castle by Winterfell forces. The wights are stuck outside the circle of flame, until...

Wights’ hivemind properties aren’t great for one-on-one combat, but they sure can swarm. The horde of wights literally swamp the defenses, extinguishing the flames in enough spots to break through. They drive back the Unsullied infantry and storm the castle walls. The Unsullied enable the assembled Westerosi—free folk, Knights of the Vale, Brienne, Jaime, Pod, Gendry, and Tormund—to retreat to the inside of the castle. Their commander Grey Worm makes it in after a heart-wrenching decision to close the trench with most of his forces on the outside.

Daenerys, understandably distraught at the slaughter of her followers, takes to the sky on Drogon—earlier than planned. Ever faithful, Jon follows on Rhaegal. But the two dragons and their riders can’t break through a storm front generated by the White Walkers at the rear of the Night King’s army, let alone get close enough to engage the Night King himself.

With the Army of the Dead inside Winterfell, things get scary, fast. Our heroes—including Beric, Sandor, Brienne, Jaime, Grey Worm, and Arya—must fight for their lives in pitch-black halls and courtyards teeming with the undead. Arya remembers her lessons from Syrio Forel and Jaqen H’ghar, slipping by wights in the Winterfell library.

Meanwhile, Lyanna Mormont of Bear Island takes the opposite approach, meeting the dead head-on in the courtyard. The smallest warrior in the battle seems like no match for an undead giant, but she jabs a dragonglass blade into its one blue eye, taking it down with her.

Protect. Arya. At. All. Costs.

Meanwhile, Beric Dondarrion throws positive vibes at his frenemy Sandor Clegane, who as usual is struggling to overcome his fear of fire. (Don’t feel bad, Hound: everyone in Westeros is coping quite poorly with their childhood trauma.) The two warriors cover Arya and lead her to Melisandre—though Beric dies in the process.

Barricaded in an empty hall with the Hound and the red priestess, Arya has a chance to regroup and reflect. What all have her years of tutelage under the world’s cruelest, cleverest, and most skilled warriors been for? Melisandre reminds Arya that a girl is destined to shut some blue eyes, and a newly-inspired Arya takes off running.

The initial plan seems to be working: at last, the Night King approaches Winterfell on Viserion, allowing Jon and Dany to attack. After an aerial battle that leaves Viserion with half a face, the writhing, sputtering undead dragon crashes into the Winterfell courtyard and begins wreaking havoc.

As the battle rages in and around the castle, the Night King lands. Dany turns the full force of Drogon’s fire on him: no effect. And before Jon can reach him, the Night King raises the dead, recruiting every fallen warrior into his army. (Yes, even the ones in the crypts, endangering Tyrion, Sansa, and the rest.)

Showdown in the godswood

Theon completes his long-awaited redemption: While Bran is busy warging, the Iron Islands’ premier archer takes down wight after wight with flaming arrows. He’s able to prevent the wights from closing in—but not the White Walkers, who advance in all their terrible icy splendor. Finally, the Night King himself reaches the godswood. Though Theon makes one last valiant stand, one Greyjoy against all the White Walkers is not enough. Theon dies defending Bran, but he buys just enough time, because...

Right when things are looking most dire—Bran undefended, Jon face-to-face with Viserion, Jorah about to fall defending his queen —boom. Arya Stark drops in from above, felling the Night King with the custom-made Valyrian steel dagger that once almost killed Bran. With their leader gone, the Army of the Dead goes to shambles. Finally, a big W for House Stark (plus all mankind).

Our heroes said not today to the dead. The Night King fell to Arya’s blade, and his army (literally) collapsed without him.

Out of the fire, into the frying pan? Sure, the greatest threat in history has been eliminated thanks to a plucky young cold-blooded assassin girl, but Cersei Lannister still sits the Iron Throne, with a fleet of Greyjoys and mercenaries at her back.

Can the grand Targaryen-Northern alliance hold long enough to oust her? They still have two dragons and some of the fiercest warriors in the land, but their army has taken heavy casualties. Sansa Stark is set on remaining in Winterfell and protecting Northern sovereignty. To win back the throne, Daenerys might have to abandon her usual “brute force” strategy and resort to politics, and all-grown-up Sansa is no slouch at political maneuvering.

There's one more war to come. Tune in to Game of Thrones on DIRECTV to find out how the epic story will end.